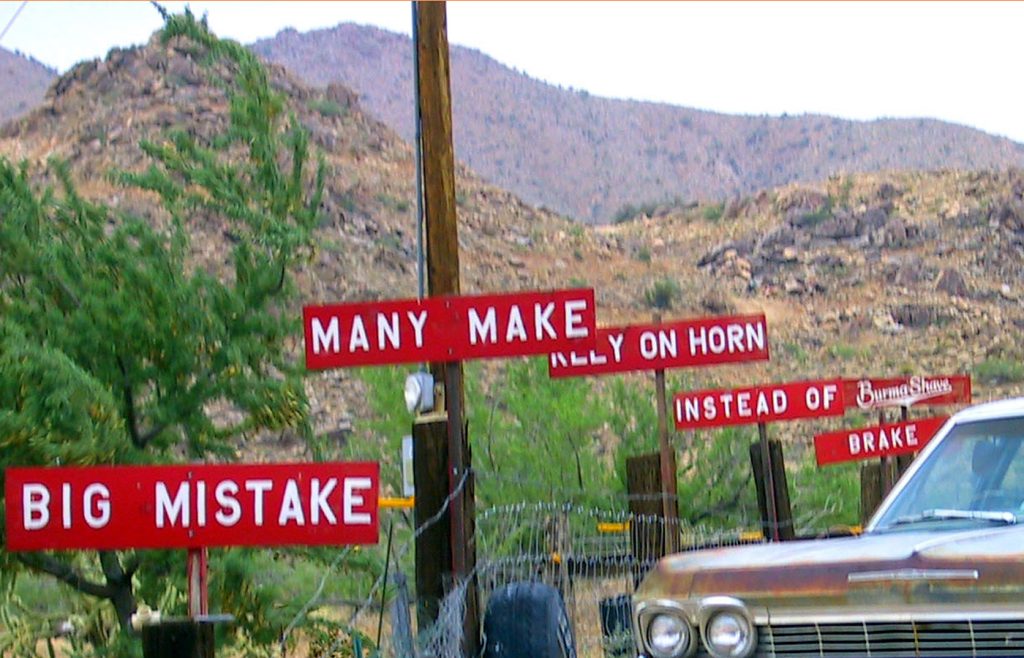 I’m probably the only guy in Iowa who owns goats and chickens and has boundary issues with his livestock. I’m finding it unwise to let them set limits on their behavior, yet I seem to lack to the strength of character to put my foot down and imprison them in a cage or pen. “Animals should run free,” my inner hippy insists.

Even though I’ve gone to the trouble of building them two perfectly fine little sheds, they would much rather sit on my front porch and defecate to their heart’s content. They poop as if there were no tomorrow. And Tomorrow finds me sweeping and hosing the porch off, only to have them come again in the evening to redeposit their barnyard mementos, with an enthusiasm that makes Richard Simmons look positively sluggish.

If that weren’t bad enough, the goats enjoy eating the paint off the porch and front of the house. I’ve tried to reason with them, but so far with no luck. Instead I’ve re-painted, but it turns out they can eat faster than I can paint. Soon I’ll have only bare wood showing, and then they’ll probably start to eat that, too.

Visitors ask why I don’t just pen them up. “I tried,” I confess, “but they escaped. They intuit that I did a crappy job of fencing because I felt guilty about limiting their freedom.” The visitors look puzzled, then sad. Then they mumble something about having to get back to town, and soon disappear in a cloud of dust down my long, long driveway.

Maybe I’m too neurotic to be a gentleman farmer. Neurotic or not, I do appreciate having someone to come home to, even if it’s a creature with a brain the size of a cashew nut. Time of year makes a big difference in my mood. Summer’s easier than winter. Imagine yourself alone in an 1890s, nearly vacant farmhouse when the sun sets at 5 p.m., and the wind is howling outside your window. Now imagine the same scenario during a long, graceful summer evening. Even alone, the latter could be pleasant while the former is downright scary.

That’s why I broke down and got roommates. More than the financial consideration of having others to help make the house payment, just having people around makes a spooky house a home. And for crying out loud, this is December. Imagine wishing a goat a Merry Christmas. The chickens give me eggs, but that’s about as much as I can expect when it comes to Christmas presents.

Of course, with humans, I’ll still have to set boundaries, but they’ll probably be easier to enforce. “No, you can’t eat my Grape Nuts. Buy your own,” is something most humans could understand. And if I do have to fence in my roommates, it’ll be because they got a hold of some bad acid and need to be restrained until it wears off. Oops, I’m showing my late 60s, early 70s roots here.

Even though I have some of the rooms rented, my house is still a writers’ retreat. The writers’ room will be the bedroom that formerly held bunk beds, in case my children took a liking to the place. They didn’t. Ages 14 and 16, they took one look at my country paradise, asked if I had cable and high speed Internet access, and when I told them I didn’t, rolled their eyes and muttered, “Boring!”

This winter, I intend to amuse myself by making fake Burma Shave signs out of some of the barn boards lying around, and post them along my half-mile driveway. For those of you under 49, they were a form of roadside haiku, usually touting either the brushless shaving cream itself or safe driving. An example:

Altho insured
Remember, kiddo
They don’t pay you
They pay your widow
Burma-Shave.

I have all winter to think up the slogans. Come to think of it, this could be the solution to my money problems! I could start a Burma Shave Reproduction Factory. On the other hand, the Chinese have probably already beaten me to it. They have secret agents spread all across our country, haunting our antique shops and auctions, trying to identify the next hot collectible to replicate.

I wonder who wrote the original poems? Do you think they hired Robert Lowell and Wallace Stevens? After all, even famous poets probably needed extra income. If Burma Shave were still in business, they’d doubtless have an endowed chair at the Iowa Writers’ Workshop.

You can buy a whole book of Dan Coffey’s essays online: My World & Welcome To It.

Now There is a Miracle, Dec 03 | And Don't Matter What