Iowa Source movie critic Neil Fauerso picks his 10 best films of 2000s, plus the worst actor of the decade.

The last of Chan Wook Park’s ruthless and devastating Revenge Trilogy (Sympathy for Mr. Vengeance and Oldboy are the other two), Lady Vengeance is the deepest, penetrating the mystic nature of revenge, the sexual politics of South Korea, and that country’s dark and fractious history. Flashbacks have rarely been executed this proficiently, and the last act shows complete mastery. The bloodlust of the audience and the characters intersects in a way that is haunting and undeniable. Lady Vengeance is a spectacularly engaging movie that is also deeply morally ambiguous. It affirms revenge as a form of justice while showing its bone-rattling effect on one’s soul, community, and country.

By far the cheapest film on this list, Primer reportedly cost less than $10,000 to make. The fact that it is perhaps the most mind-blowing science fiction movie of the decade never ceases to astonish me. A realistic time-travel movie, Primer uses the sanitized world of intellectual capital and corporate engineers as a canopy for a time-travel device, not one that allows you to go back into the land of the dinosaurs or pharaohs, but just a few hours, enough time to bet on sports or day trade. One must be very careful, however, as Primer demonstrates with a peerlessly complex finale. Beyond the questions of identity and time and the soul, Primer delves into quantum mechanical quagmires in the framework of a twisty sci-fi thriller. It’s a breathlessly heady achievement, one that could only be accomplished in this decade of egalitarian technological innovation.

#8
Before the Devil Knows You’re Dead

In his eighties, the legendary Sydney Lumet made the nastiest film of his career. Before the Devil Knows You’re Dead is a nihilist melodramatic thriller that would be a complete downer if it weren’t so damn  entertaining. I’ve never seen a movie that captures the feeling of Things Going Badly so palpably. It also features the best Phillip Seymour Hoffman performance of the decade (no mean feat) and a barn-burning, scenery-chewing turn by Albert Finney. Jumping around in chronology so an initial crime becomes seedier and more horrifying as the story unspools, Before the Devil Knows You’re Dead is the  sharpest thriller of the decade.

Pedro Almodovar came into international art-director stardom with a stellar run of All About My Mother, Talk to Her, A Bad Education, Volver, and Broken Embraces. Talk to Her is the best—a giddy, morally ambiguous fever dream of bullfighters and girlfriends in comas and silent surrealism. Unmistakably the work of Almodovar, it’s perhaps the most distinctive auteur film of the decade. He effortlessly switches from a technicolored tragic  melodrama, to a dark Iberian whimsy, to moments of pure crystalline beauty (Caetono Veloso playing his guitar in the plaza). Talk to Her is one of the most ecstatic films I’ve ever seen, but its  shocking ending gives it an extra sheen. A gorgeous film, Talk to Her has stuck with me for eight years.

I was torn on which Cronenberg film to put on the list. It could have been 2002’s sanguine tone-poem Spider, featuring a seismic performance by Ralph Fiennes. It could have been 2005’s A History of Violence, a darkly hilarious comic-book wormhole of American archetypes. But I chose the stately Eastern Promises. 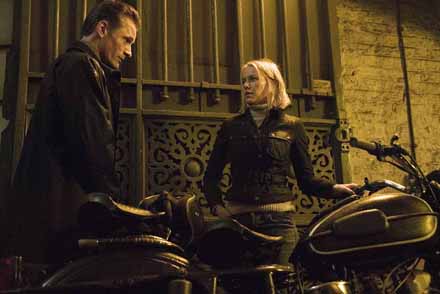 Anchored by Viggo Mortensen’s steely performance, it’s a vibrant mafia-noir on the surface, and an existential onion-peel of heroism and loyalty underneath. Shot in London in burnished, lacquered tones, it’s Cronenberg’s most epic film since Dead Ringers. Vincent Cassel plays one of the most repellent sidemen of all time and Armen Mueller Stahl’s boss breathes an elderly venom of wealth that I haven’t seen since John Houston’s wicked Noah Cross in Chinatown. And, oh yeah, there’s the bathhouse scene, the most electric fight ever put to film. I’ve seen Eastern Promise maybe half a dozen times, and it still smolders. Like Goodfellas, it’s a pop gangster masterpiece that grows more classic by the year.

Lukas Moodyson started the decade with the beguiling co-op comedy of human behavior, Together. He followed it up with most heart-wrenching movie of the decade, Lilya 4-Ever. The tale of a bright, resourceful girl abandoned by her mother in some unnamed hellish Eastern-bloc country, tricked by a charming grifter, and forced into sexual slavery in supposedly civilized Sweden, Lilya 4-Ever is rough stuff, but it never becomes unrelentingly bleak because of Moodyson’s boundless humanism. Filled with a remarkable cast of non-professionals and filmed in the gutted shells of Soviet satellite-state infrastructure, Lilya 4-Ever feels like another planet. But its horrors are real. Lilya 4-Ever is both a sublimely emotional piece of art and a muckraking call to arms of unmatched passion.

Everyone knew Alfonso Cuaron was a  gutsy filmmaker after the terrific Y Tu Mama Tambien, but I for one didn’t know he was going to make one of the five best serious sci-fi movies of all time.

Clive Owen has never been more charismatic, and Michael Caine’s hippie stoner with apocalyptic leanings is one of the best roles of his career. Children of Men features three extended tracking sequences that rank as some of the greatest action scenes ever committed to film. Relentless and haunting, Children of Men will come to define this decade as lucidly as any other film.

David Lynch’s 2001 woman-in-trouble film noir is quietly the most fun and funniest movie of his career. Yes, it’s also sexy and mysterious and terrifying and a surreal gas, with fantastic cameos by Billy Ray Cyrus and Angelo Baldiamenti and an impish, Mobius-strip approach to its dual-identity mystery. Naomi Watts has never been better, and the way the film burrows to its pitch-black heart before pulling back and dissolving into an abstracted fugue state is pure unreproducible Lynch. Aside from Blue Velvet, he’s never done it better.

Sideways is the comedy of the decade. No other film was as funny and as unsentimental about its characters’ failings. No other film balanced the deflating banalities of settling with the sheer, unfettered joy of friends and strangers and romance. Paul Giammatti is a revelation, and the film singlehandedly revived the career of Thomas Haden Church. Alexander Payne’s direction and script are wry and pointed. The sunbaked vineyards of Santa Barbara provide a perfect template for the film’s laidback observations. If #2 seems a bit high for this film, I recommend watching it again and marveling at its restraint, wit, and the funniest male nudity ever committed to film.

#1
There Will Be Blood/
Avatar

Shocked that Avatar ties for the top spot? Too bad. Avatar and There Will Be Blood are dopplegangers of the decade. Avatar is about the success of hubris, of dreaming big, of risking everything even if it alienates everyone around you. There Will Be Blood chronicles the dark side of American ingenuity and capitalism, its scorched-earth arrogance dismissive of anything less than power and money bloodlust. 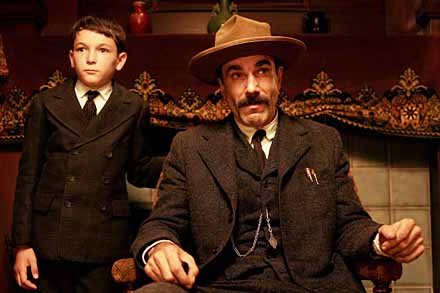 Daniel Day-Lewis channels ruthless entrepreneur Daniel Plainview in There Will Be Blood .

Paul Thomas Anderson’s There Will Be Blood takes us into the mind of a distinctly American creation, an embittered, ruthlessly ambitious entrepreneurial genius. As animated by Daniel Day-Lewis, Daniel Plainview is nothing less than carved into the fabric of our history. Everything—the brilliant cinematography, the avant-garde score by Johnny Greenwood, the crazed, skull-rattling ending—jumped out of its frame with delirious intensity.

Avatar is the most spectacular film of my adult life, brimming with imagination and joy. Creator James Cameron, though, is a little bit of a Daniel Plainview himself, and that’s why these two movies define this decade. They span the spectrum: their genius and terror cannot be denied.

Worst of The Decade: Eddie Murphy

No other actor, director, writer, grippe, or any other professional human contributed to more hideous, offensive, and downright unwatchable films than Eddie Murphy.

Let’s look at the list, shall we? The vastly overrated and grating Shrek Trilogy, Dr. Doolittle 2, Showtime, The Adventures of Pluto Nash, I Spy, Daddy Day Care, The Haunted Mansion, Norbit, Meet Dave, and Imagine That. It’s an astonishing list of swill. Almost inexplicable for a once-talented and adventurous actor.

Here’s my theory: once upon a time around 1994, Eddie Murphy and Steve Martin were shopping for golden toilets. As they looked longingly at a beautiful fixture, Satan appeared and croaked: “Eddie Murphy and Steve Martin! Ye shall not age one day beyond today and ye shall make millions and millions, but ye shall star in the worst films known to man. What say ye????!!!”

The rest is history. Prove me wrong.

Healthy Heart, The Ayurvedic Way | Heart Health for Everyone