We asked voters in our 6th Annual Regional Restaurant contest to describe an unforgettable restaurant experience—poignant, humorous, stomach churning, or rapturous. Thanks to all of you who took the time to recount your dining-out experiences!

Ma, I Never Knew Ya

We (my three brothers, one sister, and a cousin, along with various friends and boyfriends), had taken my mother out for dinner in Pollard’s restaurant in an old mill building in Lowell, Massachusetts. My mother, not used to drinking, had several glasses of wine while we waited for our meal.

As the story in the song unfolded, we realized it is about a woman being driven mad beyond reason by motherhood. Many other diners began to take notice and the whole restaurant was laughing.

Then another mother chimed in with another song, “This is the day we give babies away with a half a pound of tea . . . If you know any ladies who want any babies then send them around to me. . . .”

Well, it was a fun night with me good old ma and a very memorable Mother’s Day. And yes, the food was really good.

One time my band was playing in Columbus, OH. After the gig, we decided to get something to eat. The only convenient place was an all-night diner. We arrived, walked in the door, and found that there was a queue. The manager apologized and said we would be seated shortly.

We were busy chatting when our soon-to-be waitress, with an array of buttons pinned to her uniform, showed us to our table. We noticed one of the buttons read, “Alien abducted support group.” My friend asked her when was the last time she was abducted. She shot back right away with, “You don’t remember you were with me?” We laughed so hard.

Then she asked us whether we wanted smoking or non. We said it didn’t matter. She repeated smoking or non, so we said non. She instantly turned to the next table and said to the four gentlemen, “Put them out,” and took their ashtray away from them. She then proceeded to take our orders.

We totally forgot we had waited for our table for a half an hour. She turned it into a very fun and memorable night.

Simply put: I loved the food so much at the Lincoln Cafe that I stopped mid-bite and raised my hand to tell my husband to stop talking—just for a moment—because I wanted to pay attention to the food. It was that good . . . and that’s unusual . . . because food that makes you sit up and pay attention reminds you why food is important. In our fast-food world, the gift that Matt Steigerwald brings is truly priceless.

One day I went in to Gupta’s Vegetarian Restaurant in Fairfield for the fabulous lunch buffet. I had broken my leg and was in a walking cast. Gupta insisted on looking at my Vedic astrology chart to see what was going on with my planets and stars. Where else can you go for lunch to get a free astrology reading for dessert?

Getting to Know You

As a lesbian who’d moved here from the San Francisco Bay Area, where I’d worked at one of the best restaurants in the country, I spent my first weeks and months in Iowa City checking out the local food scene and assessing the gay-friendliness of the town and its people.

One evening in September I was dining alone in the open window of a downtown restaurant, writing while I ate. Another student in my graduate program happened by on the sidewalk. She was one of a few other openly gay people that I’d met so far, and had been very kind in the several times we’d crossed paths. As she stopped to say hello, I looked up from my writing and then somehow managed to jam my pen up my nose. Niiice. Thankfully, she either didn’t notice or was polite enough not to point it out.

Now we’ve been married for three years—legally recognized in Iowa for almost one—and have enjoyed many wonderful meals together.

We were celebrating my husband’s birthday in a Japanese restaurant when my six-year-old grandson, seated next to me, commented, “I like eel.”

Wide eyed, he said, “You’ve been to Germany?” “Yes, I’ve been to all seven continents, and not many people can say that,” I answered.

“They can’t say ‘continent’?” was his incredulous answer.

Once, when dining with friends, we chose a Chinese Buffet and were pleased to see crab legs in the shell on the buffet. After being seated, we heard a loud crunching off to our side and saw an elderly couple trying to eat crab legs without pulling them from the shell. The hostess rushed to their aid, and the gentleman remarked, “We wondered if we needed that much fiber.”

The very friendly staff at Los Portales allows for those who are ignorant of Mexican food and culture. They are very good about offering assistance, suggestions, and encouragement. They are especially kind about laughing with you, not at you, during mangled attempts at ordering in Spanish.

We were trying to order lemonade in Spanish. After the waitress stopped gasping because she was laughing so hard, she told us it was “lemonada.” We have never forgotten.

Went out with a group of co-workers to an “unnamed” restaurant. Service started out horribly, drinks took a long time to arrive. But to cap it all off, one of our guests had ordered a salad for their entree. As they were enjoying it, they found a one-and-a-half-inch bolt snuggled inside their salad bowl. The manager apologized, but did not even offer any incentives—a comped meal, dessert, etc. Needless to say, we did ask to keep the bolt, took photos, sent them to corporate, and received a few meals for getting a nice chunk of metal in our dinner.

Over the Moon Celebration

Last week, the ladies from the Kalona Cheese Factory celebrated the return of a past employee who now lives in Colorado. We went to the Tuscan Moon in Kalona and were treated royally by the owners. The food was out of this world, especially the crab cake appetizers. A private room located up the antique open staircase of this old Kalona Hotel landmark, leading to a candlelit room playing soft music, was the perfect setting for our laughter and memory sharing. The food not only tasted fabulous, it looked special too. We will return.

Once, at the Café Dodici in Washington, my girlfriend and I were enjoying the fantastic Pasta Florentine that I love so much there. The door opened up and in came this really handsome guy, impeccably dressed, Mercedes parked out front. He sat down nearby and placed his order, and he saw my Lion’s Club pin. Turns out he was over from Chicago on business and claimed he never misses an opportunity to hit Café Dodici on the way past. He bought us a bottle of great wine and we chatted for two hours. We’re still in touch. An awesome night.

The Return of Ted’s Pizza

One of my favorite restaurants closed in 2008—Ted’s Pizza & Steakhouse in Bloomfield. Owned by a Greek family, the restaurant’s food was delicious and the atmosphere unlike any other in the area. The closing really hurt our community, both economically and emotionally. But one day in 2009, a bright idea hit a young ‘“hometown” man by the name of Layson Lynch. He missed Ted’s Pizza and so did everyone else. He would open a restaurant featuring the same menu and even utilizing the same equipment to make that food. Diamondz Pizza (called so because of the diamond shapes into which the pizza is cut) opened in 2009 and continues to flourish. We now have our beloved “Ted’s Pizza” once again.

My husband and I got married in a small civil ceremony in Phoenix, Arizona, in February 1993. After the the ceremony, we went to our favorite restaurant. We were young with not a lot of disposable income, so we only went to this restaurant on very special occasions. We walked in the door of the restaurant dressed in our wedding clothes with our best man and Matron of Honor. The staff was so delighted to see us. They treated us so special that night. We ordered our meals and ate and laughed, greeted well wishers, shook hands, and had a wonderful time. To our delight, the staff had whipped together a delightful dessert for our wedding cake and topped it of with sparklers! Wow, that was a fabulous surprise and a great topper to a wonderful day.

My history-major son and I attended the Quad City Scottish Heritage Society’s 33rd annual Robert Burns Banquet on January 23, 2010, at The Lodge (formerly Jumer’s Castle Lodge) in Bettendorf. The only other time my son had been there was when he was 5 weeks old. My husband and I took our newborn with us for our third wedding anniversary at the posh German “castle.” It still looks the same as 22 years ago when we dined and left quite satisfied, especially when we left with babe in arms and astonished diners commented to us that they had no idea a baby was present.

If you want to enjoy lovely antiques, Euro atmosphere, exquisite food, and lots of men in kilts, watch for next year’s Bobby Burns banquet.

I ate dinner alone in Blackstone’s one evening. When the time came to pay my bill, the witer told me that some woman had taken care of it. When I asked where she was, he said she had left. When I asked why, he said she did it because I looked like her late father. I paid the favor forward. 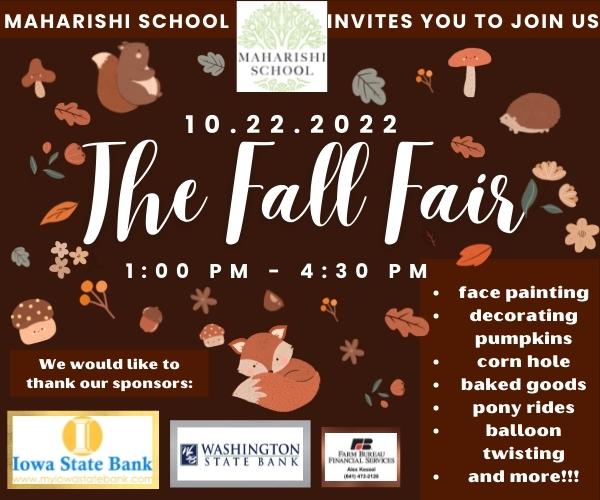