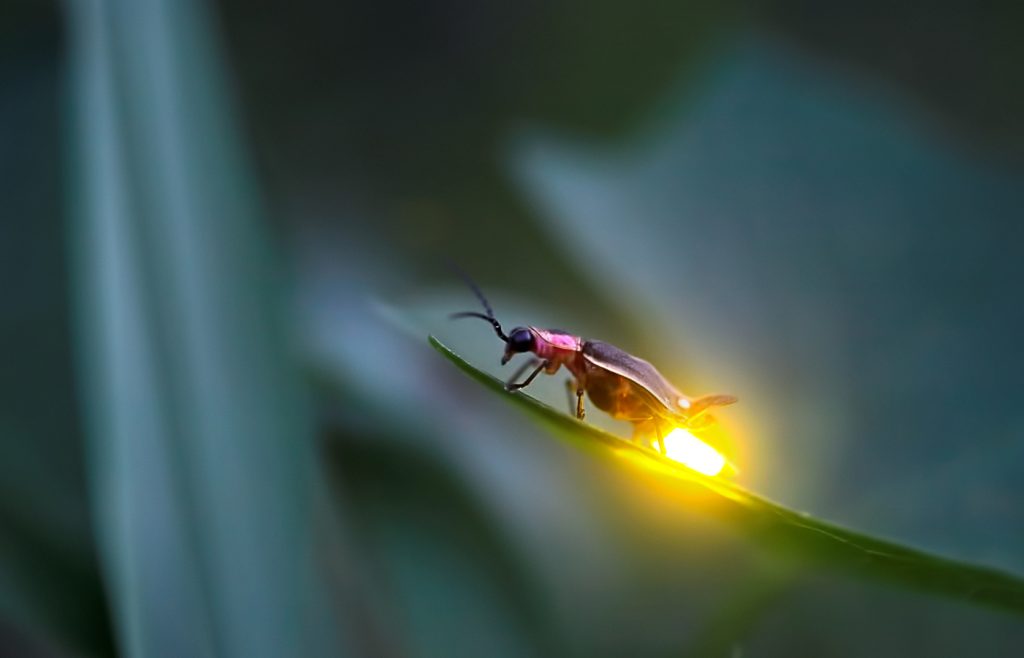 Radim Schreiber spares no hardship in his quest to photograph fireflies at night.

In the Czech Republic where I grew up, I only saw fireflies a couple of times deep in the forest, and even then, they were very dimly lit. When I came to the United States I was shocked and thrilled to see the abundance of fireflies and their amazing glow. I dreamed about photographing fireflies close-up seven years ago. I envisioned them glowing in the grass with the dark blue sky in the background. I had no idea how I would do it, but I didn’t let go of that dream.

For the past couple of summers, I have spent countless hours photographing fireflies starting early in the evening and going late into the night. I have crawled in ditches and swamps and been attacked by mosquitoes and chiggers to get the best photos. I had to stop using insect repellent because it also repelled fireflies.

It is important to me that I portray fireflies in their natural beauty and environment. Despite technical challenges, I have chosen not to use flash or artificial lighting. My approach allows the glow of a firefly to show its true luminosity; also, the camera flash would distract them in their mating rituals. In order to preserve the moment in time exactly as I saw it, I do not manipulate the images in Photoshop.

As this project has unfolded, I have learned a great deal about fireflies. Sadly, fireflies have been diminishing in number all over the world. Many believe this is due to agricultural chemicals, urban expansion, and light pollution.

I have received tremendous feedback about the beauty and rarity of my firefly photos, so I am inspired to continue working on this project. Ultimately, I want to learn how to glow like a firefly, illuminate from within, not just reflect light from the outside. This is my personal inspiration, from my love of this little insect.

The Fighter | The Story of a Real-Life Rocky

Lessons from the 1987 Stock Market Crash