﻿Man Up! stars Christopher Moynihan as Craig Griffith, Dan Fogler as Kenny Hayden, and Mather Zickel as Will Keen. (ABC)

I usually wince when a network sitcom panders to the 18-to-49 male demographic (see this year’s Last Man Standing, last year’s Traffic Lights). But the new Man Up! (Tuesday, 7:30 p.m., ABC) hits this demographic where it hurts. It’s a brilliant satire of male pretension and male pride, so painfully on target that it might drive away the very viewers it seeks to attract.

Man Up! joins fellow one-camera, no-laugh-track productions New Girl, Up All Night and Suburgatory at the top of this season’s sitcom class. It’s about three friends (Mather Zickel, Christopher Moynihan, Dan Fogler) obsessed with manhood, or what passes for it these days among suburban pharmaceutical reps and insurance salesmen. While their ancestors fought in World War II and Vietnam, these dudes battle each other in videogames, armed with controllers and headsets. They would never cuss around the kids, using “fluffin’” as a substitute for more salty language. And they opt for nondairy hazelnut creamer for their coffee, since dairy, you see, is no good for the cholesterol.

All three actors find the sweet spot between reality and absurdity. Special props go to Fogler, who might be the fall season’s breakout comic star. He’s a short, bearded combination of Jack Black and Yosemite Sam, with a voice that rises into the screechy Sam Kinison register when he gets hysterical. Which is often.

Man Up! is a fluffin’ masterpiece. 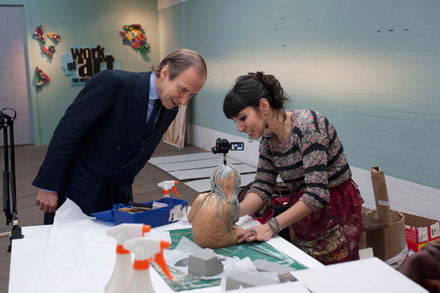 When this reality series debuted last season, I denounced Bravo’s attempt to subject fine art to the genre’s kitschy formula of time-based challenges and eliminations. Now, with season two premiering, I’ve gotten over myself. I admit that Work of Art is an absorbing hour of TV and a cut above most reality offerings.

The artists make for fascinating subjects. They’re naturally obsessive, thoughtful, and eccentric, and the producers don’t have to cook up contrived interpersonal nastiness to get us interested in them.

But for me, the best thing about Work of Art is the fact that a real critic is featured on the judges’ panel: the cranky, bullheaded, imperious Jerry Saltz of New York Magazine. It’s a rare treat to hear actual critical insight on reality TV, as when Saltz says of one contestant’s work, “I think you embedded thought in material.” 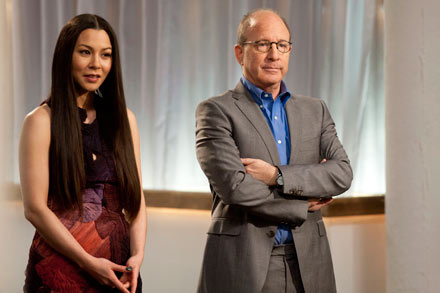 If Work of Art needs another cranky, bullheaded, imperious critic for season three, I think I know where to find one. (Hint, hint.)

Maybe Whitney’s writers are so obsessed with sex because they’ve never had any. Here’s hoping they do soon so they can figure out what’s actually funny about it.

Just when you think TV doesn’t need another detective, here comes Jackson Brodie (Jason Isaacs) in Case Histories. Jackson is not psychic, obsessive-compulsive, bionic or Swedish. He’s such a rounded, appealing character that he doesn’t need a gimmick to hold our attention. 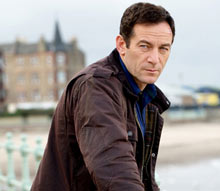 Jackson’s specialty is taking on insoluble cold cases in his native Edinburgh, and he’s got too big a heart to turn down an earnest request from a still-grieving family member. We learn about him over the course of his investigations, and the more we learn, the more we like him. He’s a divorced dad who’s devoted to his young daughter and a still-grieving family member himself, puzzling over his sister’s unsolved murder. Issacs plays the part with just the right combination of gravitas and wit.

As Jackson pokes around in decades-old crimes, a woman wonders, “Why are you digging all this up again?”

Don’t even ask. Just sit back and enjoy. 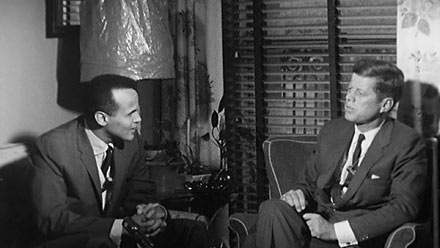 As a child, I found a 1950s Harry Belafonte record amid the drippy pre-rock ‘n’ roll pop in my parents’ music collection. It served as my gateway to an exciting world of blues, folk, protest songs and civil rights issues – subversive stuff that must have seemed safe to my parents because of Belafonte’s irresistible charm. I remember wiping away a tear at the story-song “Sylvie,” in which a prisoner yearns for a true love who never comes to visit him. I kept wishing she would one day.

The documentary Sing Your Song confirms Belafonte’s subversive intent. As an African American actor, singer and activist, he bravely fought racism in the 1950s and ‘60s from his perch as a mainstream star. We watch him push for integration, ally himself with Martin Luther King Jr., and experience blowback from the powers that be.

As a bonus, we get to see many of Belafonte’s charismatic performances. One of them is my beloved “Sylvie,” in which the girl still hasn’t come to see her man in prison. Maybe one day.