Masterpiece has worked hard to expand its range, but the success of Downton Abbe—rave reviews, Emmy awards, high ratings—proves that people really just want to see another variation on the old Upstairs Downstairs theme. And why not? Nobody can tease out the nuances of the master-servant relationship like the Brits, and few periods inspire British filmmakers more than the Edwardian 1910s. In that decade, the upper classes still had their sense of entitlement, plus all the elegant clothes and table settings that went along with it. But the age-old walls between the high- and low-born were starting to crumble, with a big assist from World War I.

The second season of Downton Abbey (Sundays, 8 p.m., PBS) masterfully exploits these tensions. It cuts back and forth from the serene estate in Yorkshire, where all the old rules apply, to the chaotic battlefield of the Somme, where none of them do. Matthew (Dan Stevens) returns to Downton from the front with his new fiancée, Lavinia (Zoe Boyle), piercing the heart of former flame Mary (Michelle Dockery). The countess (Maggie Smith) treats Lavinia with exquisitely polite condescension upon learning that her father is merely a solicitor. “My, my, you’re very well placed if you’re ever in trouble with the law.” 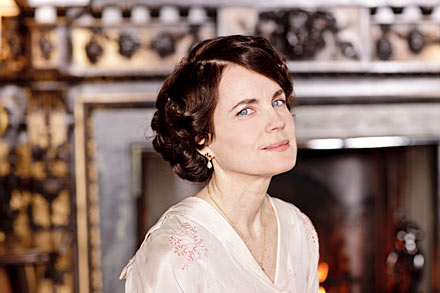 Little does the countess realize that the snobs’ days are numbered. Down in the basement, new servant Ethel (Amy Nuttall) causes a stir by refusing to accept her station. “I want the best and I’m not ashamed to admit it,” she proclaims.

Everybody laughs at her, but we, of course, know that the rest of the century belonged to Ethel, not the countess. 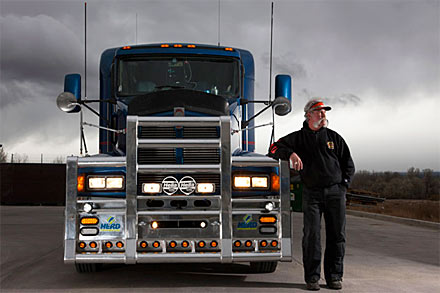 When Marc Springer left his longtime position at a Harley-Davidson dealership, he found a new calling as an independent shipper. Now, with his huge 18-wheel tractor-trailer rig, he’s ready to take on the biggest and baddest loads out there in A&E’s Shipping Wars.

Shipping Wars
Tuesdays, 8 pm (A&E)
A&E has a gift for turning unpromising subjects into entertaining reality series. Against all odds, Storage Wars makes you care about people buying and selling junk. And now comes Shipping Wars, which creates high drama out of truckers who bid against each other to transport objects across the country.

How exciting could it be to haul something a few hundred miles? Start with the laptop bidding process, in which the truckers agonize over how low they can go and still make money. Add in a deadline, unforeseen problems, stupefying misjudgments and gnarly personalities, and you’ll be on the edge of your seat. 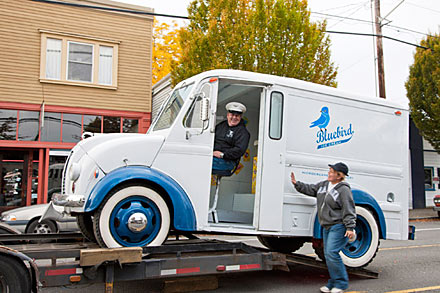 Scott and Suzanne Bawcom are one of the shipping teams in A&E’s Shipping Wars.

I can’t wait to see what A&E makes us care about next. A show about rival housepainters—i.e., watching paint dry—would be a worthy challenge. 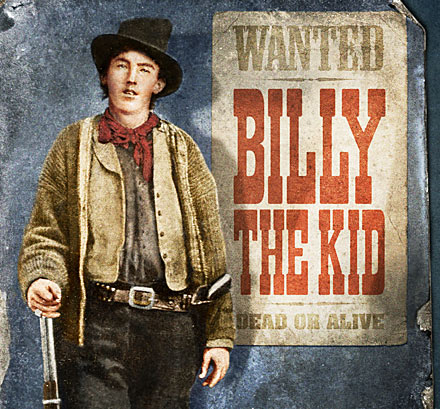 Who doesn’t love the story of outsider Billy the Kid?

American Experience: Billy the Kid
Tuesday, 8 pm (PBS)
TV loves to retell the story of Billy the Kid, and to be honest, I love hearing it every time. The American Experience version features revealing commentary, tasteful reenactments, and the one existing photo of the young outlaw, staring defiantly at posterity.

Why do we glorify this ruthless murderer and thief? Let’s go through it again: 1) his underdog rebellion against the Old West’s corrupt legal and business establishment; 2) his youthful quest for a family and a father figure he could trust; and 3) his feats of derring-do, including those miraculous jailbreaks.

And let’s not underestimate the nickname. If I had the nerve to call myself Dean the Kid, I bet I’d be remembered as the most colorful TV critic of them all.

The Bachelor
Monday, 7 pm (ABC)
The new season features the usual manly-yet-sensitive dude, Ben Flajnik, who earnestly searches for his soul mate among a group of women chosen by the ABC casting department. This installment piles on the signifiers of fairytale romance: walks on a moonlit beach, evenings in a cozy hot tub, treks up a picturesque mountain.

It all looks so misty and enchanting that you feel kind of bad to see Ben’s pool of potential true lovers filled with basket cases and psychos, determined to destroy each other. Sample dialogue, spoken by women with angry tears and blotchy skin:

“She makes me sick!”

“I’m going to kill whoever comes through that door!”

“I just want to rip her head off!”

The trap doors, along with the flashing lights, pounding music, and roaring audience, can’t disguise the fact that this is just another trivia show with ho-hum questions: “This fast-food chain uses a secret blend of 11 herbs and spices.”

If Who’s Still Standing? doesn’t catch on, you just know that NBC will open a trap door under the programming executive who thought it up. WAAAaaa…!

Celebrity Wife Swap
Tuesday, 8 pm (ABC)
On Monday nights, ABC’s The Bachelor tries to make the institution of marriage sound romantic and charming. On Tuesday nights, the network’s Celebrity Wife Swap shows how icky and perverse it can be, at least when the likes of Dee Snider, Ted Haggard, Flavor Flav, and Gary Busey are involved. These marginal celebrities agree to swap wives for a week so that, according to ABC, "couples can rediscover why they love each other and decided to get together in the first place."