First Run Featuresexplores iconic 60s musician Phil Ochs and his troubles life in American Master‘s "Phil Ochs: There But for Fortune" on PBS. Above, Phil Ochs outside the UN building during a 1967 Vietnam moratorium demonstration. (photo by Michael Ochs)

Pfhil Ochs was a singer-guitarist at the heart of the 1960s protest-folk movement. “Phil Ochs: There But for Fortune” on American Masters (Monday, January 23, 2012, 9 p.m., PBS) explores his passionate commitment to peace and justice, as he strummed his way through endless anti-segregation and anti-war demonstrations.

The documentary is persuasive when arguing for Ochs’ unerring moral compass, less so when arguing for his artistry. He desperately wanted to be considered Bob Dylan’s equal as a songwriter but lacked genius—indeed, often lacked taste. Ochs wrote the same folk tune over and over, with corny rhymes based on the day’s headlines. After atrocious experiments with orchestral arrangements, his popularity waned in the early ‘70s. He became disillusioned by his movement’s lack of progress and killed himself at 35 in the midst of depression and alcoholism.

As badly as Ochs’ music has aged, the documentary makes a case for him as a historical footnote. It’s not Dylan-level stature, but it’s not nothing. 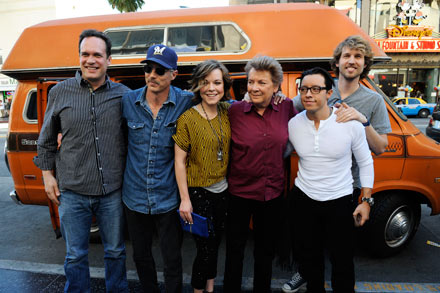 The 2004 movie Napoleon Dynamite creates an alternate universe in small-town Idaho, populating it with nerds, weaklings, and morons who are part real and part unreal.  The deadpan tone is beautifully wrought, giving the film an absurdity all its own.

If anybody could translate this tone to an animated TV series, it would be the movie’s writer-directors, Jared and Jerusha Hess, along with the original cast. But the magic eludes them here. Unlike the movie, the series crudely sneers at characters who have little money or sophistication. And unlike the movie’s Napoleon, the TV version (Jon Heder) acknowledges how pathetic he is. “I couldn’t have chickened out with a better guy,” he tells his brother as they run away from a fight.

Napoleon Dynamite would never say such a thing. It feels kind of weird that we know that and the guys who created the character don’t. 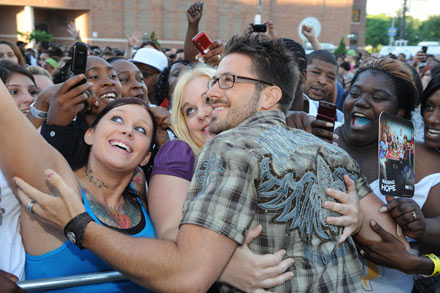 Some reality series remain exciting after a decade on the air—see last fall’s Survivor for an example. Now starting its 11th year, American Idol is not one of those series.

We’ve been through this thing too many times to expect any surprises during the four long months between the premiere and the finale. The judges will go wild over mediocre vocal performances. Host Ryan Seacrest will hype every tiny development to the max. Celebrities will appear to plug their new albums. The contestants will try to act humble while also pandering to voters. And at the end of the grueling process, we’ll be left with a bland winner like Lee DeWyze, Kris Allen, or last year’s Scotty McCreery.

There—I just saved you four months. Now go off and do something productive. 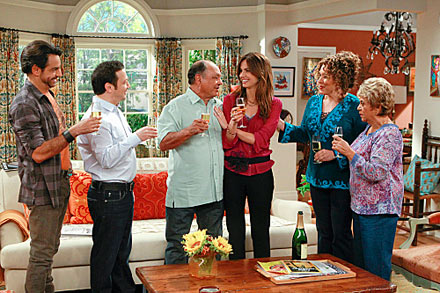 Rob Schneider has never been a critical favorite, but he handles himself like a pro in his new sitcom. Schneider plays a dweeb who somehow marries a Mexican American goddess (Claudia Bassols) way too good for him. That earns him the enmity of her tight-knit family, which includes Cheech Marin as an ill-tempered father and Eugenio Derbez as a nutty uncle.

As you’d guess, the series focuses on the culture clash, with gags referencing immigration, tequila, guacamole—anything vaguely Mexican. This would be tiresome—even offensive—if the acting wasn’t so good, the comic rhythm so snappy. Schneider based the sitcom’s premise on his own marriage to Mexican TV producer Patricia Azarcoya Arce, and maybe that’s why the indignities he heaps upon himself feel so authentic.

What can I say but: Pass the guacamole.

Rob Lowe has spent years trying to make us forget about his creepy sex scandal and accept him as an appealing leading man. So I give him credit for owning his creepiness and taking on the role of Drew Peterson, the cop accused of murdering wives three and four. Lowe commits to the role, big-time. He wears a blond mustache, speaks in a Chicago accent, and succeeds in making us loathe him.

The TV movie assumes Peterson is guilty, right on the eve of his trial. His lawyers must be outraged, but the rest of us can get a sleazy thrill watching the alleged villain plot his misdeeds. He somehow charmed his beautiful wives (Kaley Cuoco, Cara Buono), so one can only assume that the real Peterson’s mustache looked less repulsive than Lowe’s. 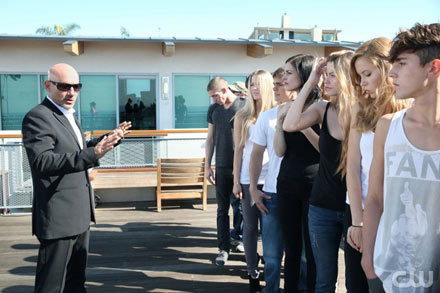 ﻿Paul Fisher is a shaved-head New Yorker who thinks he can create “the next generation of supermodels” by grooming them in a network of small-town agencies. In his new reality series, Fisher visits those agencies and screams at the people running them for not meeting his high standards. “This is how you destroy my #$%& reputation!” he bellows, flinging glass to the floor.

Fisher takes himself very seriously, as does the crew of black-clad toadies he surrounds himself with. But I’m sure viewers won’t. It’s hard to see why the guy needs to have Yosemite Sam-style conniption fits over teenage beanpoles whose only requirement is to walk in a straight line wearing tight clothes. (Granted, some of them can’t even manage that feat.)

“It’s NOT FUNNY!” Paul screams at an underling who dares to smile during one of his rants. “It’s my reputation! It’s my name!”

I have to disagree. It is funny.