Girls (Sundays, 9:30 p.m., HBO) is a new series about friends trying to get their adult lives started in New York City after college. That may sound old hat, but executive producer Judd Apatow and writer-director-star Lena Dunham have created something extraordinary. The characters, relationships, and emotions feel instantly real. That means there’s no sugarcoating as the characters treat each other terribly and screw up their lives. By the way, did I mention that Girls is a comedy?

It’s certainly not a comedy in the traditional sitcom style, with punchlines and farcical situations. It’s a low-key slice of life that finds humor in the way modern 24-year-olds talk and behave. Take the main character, Hannah (Dunham), who has worked for two years as an unpaid publishing intern while fancying herself a memoirist. Her lifestyle—which consists of an aimless sexual relationship and endless soul-searching talks with her best friend—is made possible by her beleaguered parents. As the pilot begins, they decide to cut off the flow of money and thus make Hannah face reality. She tries to appeal to her father’s sense of guilt and almost gets the job done before her mother screams at him: “Don’t you realize you are getting played by a major player?”

She’s got that right. Hannah is a shameless con artist with a huge sense of entitlement. Girls is brutally honest about her flaws, and yet we end up sympathizing with her anyway. I can’t explain how Apatow and Dunham pull off this trick, except to acknowledge that they’re major players themselves. 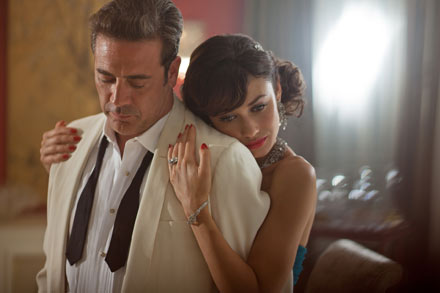 This new series plunks us down in glamorous late-1950s Miami, a world of cigarettes and shades, sexy dames and smirking studs. Ike Evans (Jeffrey Dean Morgan) owns a luxury hotel and all the headaches that go along with it, from unions threatening to strike to mobsters threatening even worse. Ike has clawed his way to the top and will do just about anything to stay there. Like Michael Corleone—another denizen of 1950s Miami—he’s a case study in the effect of corruption on a man’s soul.

Magic City is bursting with eye candy. It features gorgeous young actors in various states of undress (yowza), and the lush production design makes you believe that name-checked 1950s icons like the Kennedys and Frank Sinatra might really saunter across the set. Magic City also offers compelling drama, as Ike puts up an honorable façade while secretly dealing with the devil. This story is likely to unfold in interesting ways.

Even if it doesn’t, there should always be something to look at (see “yowza,” above).

It’s wonderful to see a broadcast network investing in an old-fashioned miniseries with a big subject and a big cast. Unfortunately, Titanic is —if you’ll pardon the expression—a disaster.

ABC doesn’t bring much to the familiar story of the ocean liner that sunk 100 years ago this week. There’s unexciting romance, unconvincing class conflict and unearned pathos. Julian Fellowes, of Downton Abbey fame, wrote the awful script, endangering his reputation as the master of 1910s dialogue.

The Titanic doesn’t start going down until well into hour four, amid syrupy strings and improbably noble speeches. But the movie itself has sunk long before then. 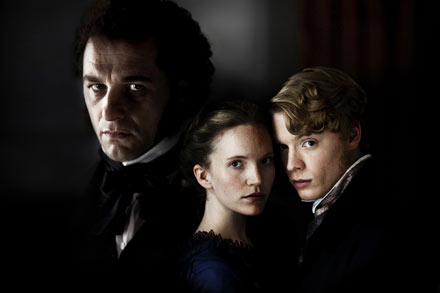 Charles Dickens died in the middle of writing The Mystery of Edwin Drood, meaning that it’s a mystery novel fated to remain eternally mysterious. Dickens left no notes on whodunit, so posterity has been left to wonder what happened to young engineer Edwin Drood (Freddie Fox). He disappeared after breaking up with his fiancée (Tamzin Merchant), fighting with the hotheaded Neville (Sacha Dhawan), and ticking off his opium-addicted uncle Jasper (Matthew Rhys). Any of them could have killed Edwin – or is even dead at all?

Masterpiece’s adaptation sucks you into the story and makes a stab at finishing it. The acting is brilliant, the mood is tense, and the twists and turns keep you guessing. I bet even Dickens himself would be on the edge of his seat, wondering how it will all come out.

I’m inclined to dislike Giuliana & Bill, in which E! host Giuliana Rancic allows cameras to film every aspect of her life with husband Bill. How authentic could your marriage be if the Style camera crew is sharing your most intimate moments?

I must admit, however, that everything has changed in season five. Giuliana has received a diagnosis of breast cancer, and suddenly the show is actually about something – namely, a couple dealing with a sad turn of events. And I can’t help but admire the way they’re dealing with it. Bill does his best to be supportive, and Giuliana determines to help other women with breast cancer. “If one woman goes out and gets a mammogram that wasn’t planning on it, that’s a win,” Bill says. “If that’s all Giuliana has accomplished in her life, then she’s lived a hell of a life.”

Style, if you want to send out a camera crew to film me tearing up over Giuliana & Bill, I’d be cool with that.

Maharishi Mahesh Yogi: Enjoying the Ocean | A First Meeting and a Lasting Impression