The wonderful seriocomic Eureka follows a group of geniuses who conduct secret government research in a small northwestern town. In the fifth and final season, the series has entered its baroque phase, with multiple levels of reality. The characters don’t understand what’s going on, and viewers can barely keep up either. But the whole thing is so much fun that it hardly matters.

In brief: A shadowy group has hooked up Eureka’s scientists to a Matrix-like system where they experience virtual reality. They think they’re living their normal lives, when in fact the evildoers are controlling everything that happens. The goal is to harvest any discoveries the scientists make for nefarious purposes.

The only problem, from the evil point of view, is that the program creating the virtual world isn’t perfect. The occasional glitch causes incongruous things to happen, such as a dragon flying around Eureka. That could make the scientists suspicious and allow them to catch on to the ruse.

Indeed, the scientists are becoming quite confused about what’s going on around them. “I’m feeling slightly insane,” says Dr. Blake (Salli Richardson-Whitfield), “but otherwise peachy.”

That insane-yet-peachy feeling – also experienced by viewers — is one of Eureka’s greatest accomplishments. 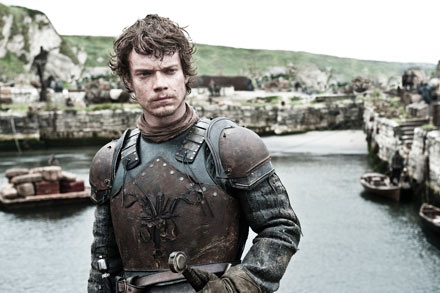 Season two of Game of Thrones is in full swing, with five kings battling to claim the Iron Throne in fantastical Westeros. The series remains compelling and confusing, as a huge cast of characters jostle for survival in a realm of knights, savages, and dragons. This universe is stunningly rendered, from the torch-lit castles to the wolf-infested woods. The actors give the antique dialogue the ring of authority, and they look striking both in and out of clothing. 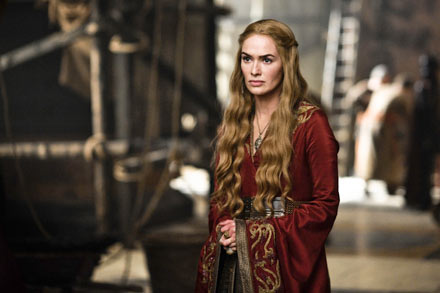 Yes, the sex is raw and explicit here. So is the torture—perhaps the sickest ever shown on TV. This week’s episode even combines sex and torture in one scene, when the cruel boy-king Joffrey (Jack Gleeson) gets sadistic with a pair of prostitutes sent by his uncle (Peter Dinklage). “Your grace, too much pain would spoil the pleasure!” says one of the unfortunate beauties just before things get really out of control.

I might say the same thing about Game of Thrones—oo much pain sometimes spoils the pleasure. How about less torture and more dragons? 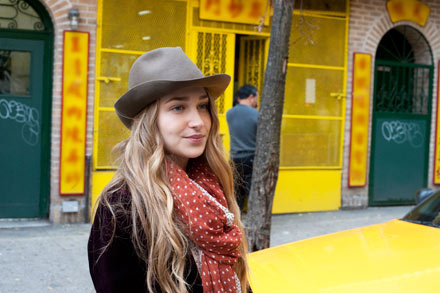 Did you watch the premiere of this new dramedy like I told you to? Episode two is even better. This week, 24-year-old Hannah and her three friends are obsessed with love, sex, and disease, so….

Hannah (played by writer-director-creator Lena Dunham) often ends her sentences with the word “so.” She launches an idea and then lapses into silence as it drifts into the ether. This is authentic 2012 young-woman-speak, and you’re not going to hear it executed so precisely on any other TV show. 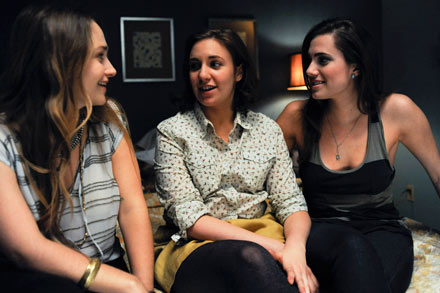 The characters aren’t just comic types. They’re complicated creations both cruel and tender, appealing and pathetic. Hannah herself is hopelessly awkward with guys but effortlessly funny and perceptive with her female friends.

I sense that we’ll come to like her even as she makes us cringe, so….

I adore the British version of gear-head reality series. The hosts are witty and urbane—words that don’t usually apply to the American TV gear-head. (See: James, Jesse.)

Take Richard Hammond, who branches out from the amusing Top Gear with the new Crash Course. Here, Hammond travels the U.S. to master our most dangerous machines. This week he signs on with an Oregon logging operation, which teaches him to operate three tree-processing contraptions with deadly moving parts. Hammond approaches the task with self-deprecating humor, offering a stream of wry analogies. “This is like putting a knife in a cutlery drawer!” he says while loading a newly cut tree onto a massive stack.

I suspect it’s the first time the word “cutlery” has ever been used in an Oregon logging camp.

In this new drama, budding comedians, dancers, musician and actors live and love in a low-rent apartment complex while pursuing their Hollywood dreams. They’re tempted by drugs, sex, and selling out as deafening music throbs on the soundtrack.

Unfortunately, it’s not deafening enough to completely drown out the dialogue. Here’s an example, delivered with a straight face by one of the budding actors: “You can give everything you have here and it might not be enough!”