I used to be American Idol’s biggest fan, but by now most of us know it’s jumped the shark. After a string of bland winners—Kris Allen, Lee DeWyze, Scotty McCreery—we realize that the show will most likely disappoint us after its long process of sifting and winnowing. The young singers will play-act toughness or sexiness or vulnerability, bringing nothing new to songs by Marvin Gaye or Sam Cooke. Viewership has dropped by 30 percent this year, so clearly the secret is out.

The only people who haven’t gotten the message are the judges and host Ryan Seacrest. They remain in a perpetual state of awe about their run-of-the-mill contestants, with no blunt Simon Cowell on hand to provide a reality check. “One of your Idols will soon become music royalty!” Ryan crows, seeming to believe what he’s saying. Jennifer Lopez regularly shows us her goosebumps after a ho-hum performance, and Steven Tyler is so impressed by the singers that he’s run out of superlatives. Instead, he blurts out superlatives that don’t make any sense: “Your voice just climbs inside of everyone and changes them for that moment!” 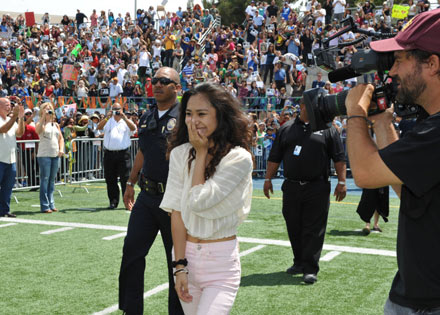 ﻿Jessica Sanchez at her hometown parade in Chula Vista, CA, on Saturday, May 12, 2012. (Photo: Michael Becker)

The thing is, Seacrest and the judges have become so lovable (another byproduct of Cowell’s departure) that you hate to see them disappointed. I’m inclined to pretend I’m excited about the season finale (Tuesday & Wednesday, 7 p.m., Fox), just for their sake.

So come on, everybody! Let’s tune in and (wink, wink) watch one of our Idols become music royalty! 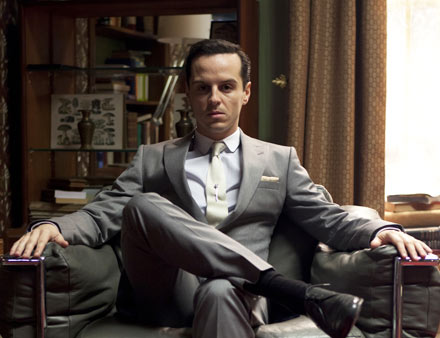 Sherlock faces Moriarty’s diabolical plot to “get Sherlock,” which begins innocently enough when the criminal mastermind breaks into the Crown Jewels. ( Courtesy of ©Hartswood Films for MASTERPIECE)

I’ve been telling you to watch the brilliant second season of “Sherlock” with an increasing sense of urgency. This week’s installment is the season finale, and …YOU HAVE TO WATCH IT! It’s among the most compelling TV episodes of 2011-12.

The 21st century version of Sherlock Holmes, played with crazed intensity by Benedict Cumberbatch, matches wits with his evil counterpart, Jim Moriarty (Andrew Scott). This is truly a smackdown for the ages. Moriarty and Holmes are both arrogant Übermensch types bored by ordinary people; only when pitted against one another do their computer-grade minds fully engage. True to form, Moriarty hatches a plot to destroy Holmes that leaves the detective—and us—stupefied by its diabolical mechanism.

I don’t want to tell you anything else about the plot, except to say that it’s the ultimate test of Sherlock’s deductive powers, not to mention his humanity. And if you recall, his humanity has been in doubt for the last few episodes.

I’ll also reveal that the season ends with a doozy of a mystery for us viewers to solve. That’s right—we get to play Sherlock Holmes ourselves until season three comes around. My brain hurts already. 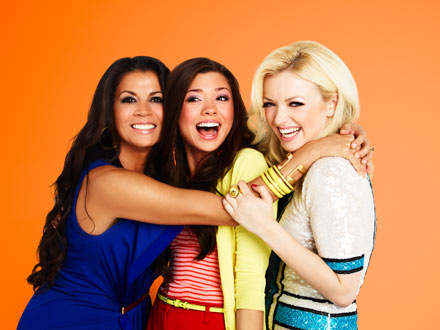 Here’s a strange entry in the reality-show sweepstakes. Clint Eastwood’s wife, Dina, allows E! into her house to film the family. These affluent folks from Carmel, California, don’t have any special reason for being on TV— no big dramas, no big personalities. In the premiere episode, they get a turtle. Yep, it’s another exciting week in ol’ Carmel.

The Eastwood family is interesting only because they’re associated with Clint, and he doesn’t take part in Mrs. Eastwood & Company. In fact, Dina has admitted that he disapproves of the project.

That’s right, Clint Eastwood disapproves. And you know what happens when the movies’ #1 vigilante disapproves of something, don’t you, punk? I suggest that the E! camera crew run for their lives if they don’t want to wind up dead or in jail.

Civilization: The West and the Rest with Niall Ferguson
Tuesday, 7 pm (PBS) 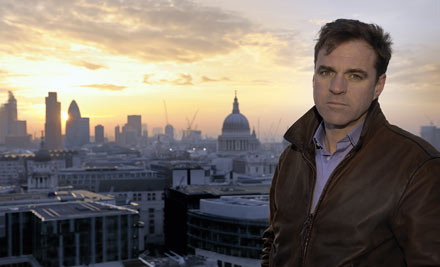 Niall Ferguson with view of the London skyline. (Courtesy of Dewald Aukema, © Chimerica)

Historian Niall Ferguson offers a fascinating take on civilization, with his British accent lending the theory an air of authority. Ferguson identifies six reasons for the West’s dominance since the 1500s: science, democracy, medicine, work ethic, competition, and consumerism. But he also identifies signs of Western decline, reminiscent of Rome’s collapse in 400. China and Islam, by contrast, are both coming on strong, laying the groundwork for a new era dominated by the East.

“Are we the generation on whose watch Western ascendance is going to end?” Ferguson asks.

You can watch this two-part, four-hour program about our decline, or you can go out there and work your butt off to turn things around for the West.

Oh, what the hell, let’s watch the program. Anybody have Doritos?

Rosie Pope is a “maternity concierge” who helps wealthy clients through the pregnancy process. That might sound like typical trumped-up reality-show nonsense, but Rosie’s presence redeems Pregnant in Heels. She has a cute speech impediment, a quick wit, and a protective feeling toward her clients, even as she rolls her eyes over their foibles. In short, she’s utterly adorable, not to mention utterly competent.

During the second season, Rosie seeks out a therapist to help cure her speech impediment. That will make her slightly less adorable to me, but maybe it’s for the best. I have to keep reminding myself not to fall in love with reality-TV stars.

What Your Commencement Speaker Should Have Told You