In Aaron Sorkin’s The Newsroom (Sunday, 9 p.m., HBO), complacent TV anchor Will McAvoy (Jeff Daniels) rediscovers his inner Edward R. Murrow with the help of passionate new producer (and old flame) MacKenzie McHale (Emily Mortimer). All the Sorkin trademarks are here, familiar from The West Wing: smart dialogue, prickly professionals immersed in their high-powered jobs, even the long tracking shots as characters barrel down a hallway in mid-conversation.

What’s missing is the Sorkin magic. Those prickly professionals are meant to be ultimately likable, but so far Will is too overbearing and MacKenzie too cutesy. That smart dialogue is showoffy this time around, with groan-inducing references to The Merchant of Venice and Don Quixote. 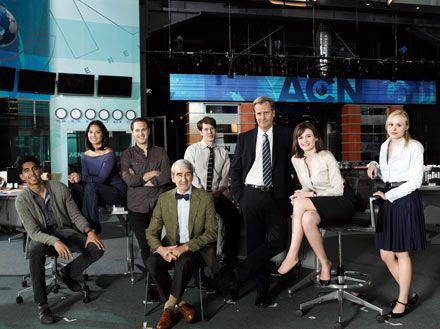 And Sorkin doesn’t convince us that he really knows this setting. The people stand around the newsroom making bogus patriotic speeches: "There’s nothing more important in a democracy than a well-informed electorate!" MacKenzie tells Will in a typically unlikely exchange. 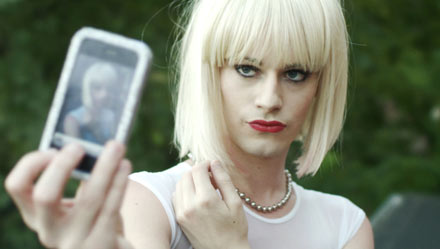 This documentary explores the rise of a new kind of person: one who lives in the perpetual self-documenting bubble of YouTube. It’s a portrait of Chris Crocker, who became a viral-video pioneer with his tearful defense of Britney Spears, “Leave Britney Alone.” People were attracted and repelled by Crocker’s shrieking monologue in lipstick and mascara, and the documentary has the same effect. As much as you might gag at Crocker’s self-involvement—his conviction that every funny face and idiotic thought deserves a national audience—you can’t look away.

Me @ the Zoo explores this can’t-look-away phenomenon, which has turned us into a nation of obsessive video-makers and video-watchers. Crocker, however, is the ne plus ultra, defining himself by views and likes. The documentary ferrets out the sad elements of his story, including his travails as a bullied transgender kid in small-town Tennessee. But it also acknowledges the inspiring element—his ability to find a supportive community on the Internet that he could never have found at home.

I have to give Crocker credit for one memorable line. Comparing himself to Paris Hilton, who’s famous for being famous, he observes, “I’m the first person to be famous for not being famous.” 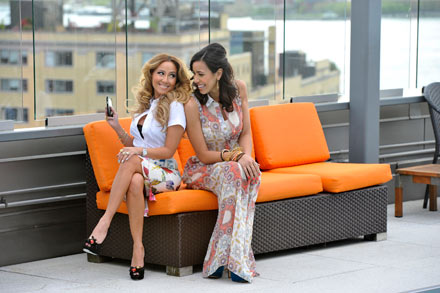 This new reality series provides a fascinating glimpse at a certain level of show business. It’s the level inhabited by pretty women who have had minor success in TV, movies or music but want to move up a notch before their 30th birthdays. Empire Girls focuses on Latina friends Adrienne Bailon (The Cheetah Girls) and Julissa Bermudez (106 & Park) as they search for gigs in New York City. The biz is ruthless, and so are they. Julissa will do just about anything for a TV hosting job, including erasing her accent; and Adrienne whines and pleads her way into an arrangement with singer-producer Ne-Yo.

But these two are not interchangeable. Adrienne is foul-mouthed and obnoxious, obsessed with the tattoo of former boyfriend Rob Kardashian’s name on her butt. Julissa is good-natured and charming, taking life’s knocks with a sense of humor. I wouldn’t be surprised if Adrienne got the boot next season in favor of a solo show for Julissa, entitled Empire Girl. Now that would be ruthless. 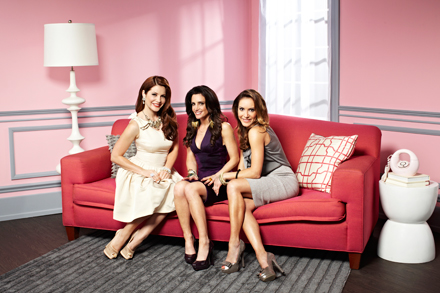 Bravo’s new reality series rolls out yet another group of shameless narcissists. It introduces us to three single relationship experts: matchmaker Amy, radio host Emily and columnist Julia. Each one offers the public a strict set of romantic rules but—are you ready for the high concept?—doesn’t take her own advice. Amy, for example, breaks her rule about cutting off contact with old boyfriends; Julia dates a guy who fits none of her 73 criteria for a future husband.

As a critic with high standards, I suggest that you spend your time on a TV show with more socially redeeming value. But I doubt if I’ll take my own advice. Miss Advised is a trashy good time.

This new reality series follows two savvy deal-makers who run a trading post in the Mojave Desert. Steve and Antonio specialize in making a series of trades that bump them up from a modest item to a very valuable one. For example, Antonio trades a $700 laptop for a bass amp; then the bass amp for an all-terrain vehicle; then the all-terrain vehicle for a $10,000 truck.

How do they come away with a $9,300 profit? Basically, by ripping off the burly, tattooed men in their community, then cackling about it afterwards on camera. After the series airs, I recommend that Steve and Antonio take a long cross-country trip to the East Coast in their $10,000 truck, lest they get the tar beaten out of them by neighbors who happen to see themselves getting fleeced on TV.

Barter Kings is a fun concept, but it lacks the strong personalities of the best reality series. If I were A&E, I’d trade it for a decent dating series, then a promising home design competition, and finally an excellent cooking show.