Iowa Profiles and People
May 1, 2013
by Claudia Mueller
0

If you haven’t made any plans for the weekend yet, head over to Pella for Tulip Time, May 2–4, and enjoy being Dutch for a day.

Pella has been celebrating its Dutch heritage since 1935 when the first Tulip Day was held. The first festival was a small, spontaneous event that followed Pella High School’s performance of an operetta called “Tulip Time in Pella.” It was obvious to everyone that they were on to a good thing and since then the town has celebrated Tulip Time every year, working together and adding new attractions like the historical museum, the Molengracht Canal, and more. The festival is now a three-day event featuring thousands of tulips, daily parades, performances, tours, Dutch food, a Tulip Queen, and lots of fun. 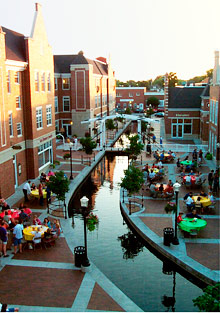 The Molengracht Canal, built in 2000, will make you feel like you are in Amsterdam

Other highlights include the daily Grandstand Show from 7–8:30 p.m., which will feature a Gospel Showcase on Thursday, Jason Brown on Friday, and Freestyle on Saturday followed by the Lighted Volks Parade everyday.

At the Pella Opera House a free performance of Oklahoma will be held at 11:30 a.m. on Thursday; Freddy Gazzo and his band will perform on Thursday and Friday at 6:30 p.m.; The Union Street Players will perform The Dominie’s Wife, a play about the founders of Pella, everyday during the festival; and the Central College Flying Pans will perform on Saturday at 4:30 p.m.

For more information and the full schedule, visit www.pellatuliptime.com.

Toxic Makeup: The Beauty Dilemma | You'd Be Surprised What Lurks in Your Lipstick, Mascara,  Eye Shadow, and More