All of us Curb Your Enthusiasm fans were suspicious when writer-star Larry David suspended the series to work on an HBO movie. But we needn’t have worried. Clear History is like an extended episode of Curb, with even bigger and better humiliations for the Larry David stand-in (Saturday, 8 p.m.). 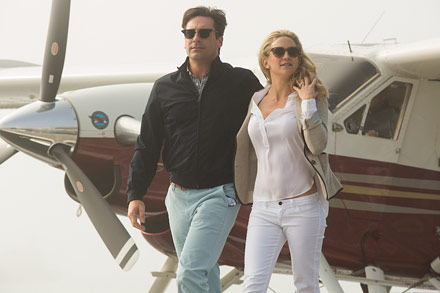 Here David plays Nathan Flomm, a bearded, longhaired marketing executive who stupidly walks away from a billion-dollar electric-car idea after a petty fight with his partner, Will (Jon Hamm). Nathan becomes a national laughingstock, so he moves to Martha’s Vineyard, changes his identity, shaves his hair, and blends into working-class life with a group of new pals (Amy Ryan, Michael Keaton, Eva Mendes, Danny McBride, Bill Hader). All is well until Will happens to move to the island with his perfect wife (Kate Hudson). Nathan plots his revenge, ignoring the advice of a friend to “let it go.” 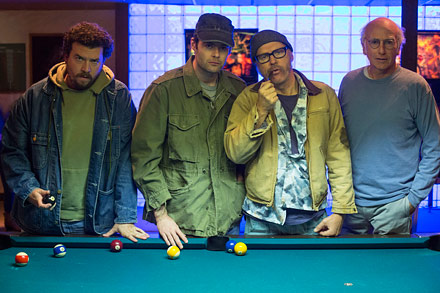 Of course, a Larry David character can never let anything go. He’s convinced he’s in the right, thereby sealing his doom.

David is our bard of minor irritations, dating back to his brilliant scripts for Seinfeld. Clear History is a showcase for his comic genius, including the usual insights into minutiae you’ve never thought about before. (And really, why aren’t electrical outlets at eye level?) Then there’s his ruthless determination to expose self-interested behavior in all its forms. 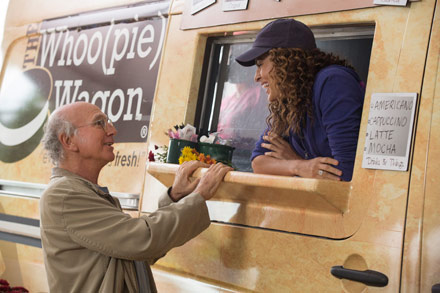 David is incapable of allowing his autobiographical heroes satisfaction. I just hope he can allow himself a moment’s satisfaction for his long-form achievement in Clear History.

When it comes to international terrorist dramas, I’ll take Strike Back over Homeland. It’s twice as exciting, with actors clearly out to have a good time. (Contrast to Homeland’s perpetually pained Claire Danes.) The season premiere begins at maximum thrill level, as terrorists threaten a member of the British intelligence team in the Lebanese outback. I guess “maximum” is the wrong word, because the action only ratchets up from there. Bad-ass operatives Michael (Philip Winchester) and Damian ( Sullivan Stapleton) parachute into Colombia to neutralize the terrorist kingpin who’s traveled from Lebanon to do business with a scary South American drug lord. Michael and Damian find time to rib each other in between grenade blasts, gun battles and rocket-launcher attacks. 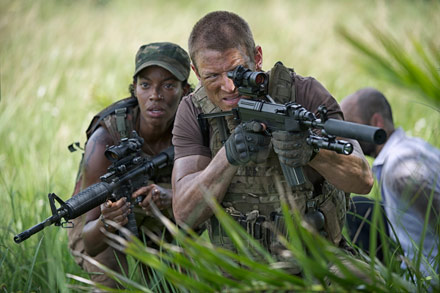 And don’t think all the fun is reserved for these gorgeous, muscle-bound, tough-as-nails guys. The episode gives equal time to gorgeous, muscle-bound, tough-as-nails women, who (believe me) are not to be trifled with. One of them, an agent stationed in Colombia, notices Michael dive into the water during a climactic shootout. “What the hell is he doing?” she asks Damian. He replies, “Something brave or something stupid.”

Either way, I guarantee you will enjoy it.

What Not to Wear begins its 10th and final season of saving women from their own contemptible clothing choices. In the season premiere, fashion gurus Stacy and Clinton are meaner than ever, but it’s not their fault – they’re confronted with the toughest case in What Not to Wear history. “The perfect storm of fashion disaster,” as they put it. Their subjects are three friends who represent each of the major style problems: too risqué, too frumpy, too kooky. “We won’t let them walk all over us,” insists trashy Riana, unaware that Stacy and Clinton could reduce the Queen of England to tears if they thought her crown wasn’t form-flattering. Sure enough, by the end of the hour, Riana and friends are converted, fashion tragedy is averted, and order is restored.This episode has a happy ending, yes, but what happens when What Not to Wear goes off the air? Will women revert to letting their bra straps show? And making bland color choices? And wearing tassles, for God’s sake?

I have to admit, I fear for our future.

“Choice” is probably the wrong word. Mega-corporations do market research to see what sights and sounds light up the primitive pleasure centers in the teenage brain. They craft entertainment products accordingly, treating teens as cash registers rather than human beings. Thus, the nominees for the 2013 Teen Choice Awards are basically tools for making the cash registers pop open: Man of Steel for movies, Miley Cyrus for music, Beauty and the Beast for TV.

But what’s this? The Simpsons is nominated for “Animated Show”? Here is a series created by people – smart, subversive people whose biting satire can help teens see through the Teen Choice Awards and all it stands for.

Suddenly, the future of humanity appears to hang on a Teen Choice win for The Simpsons. 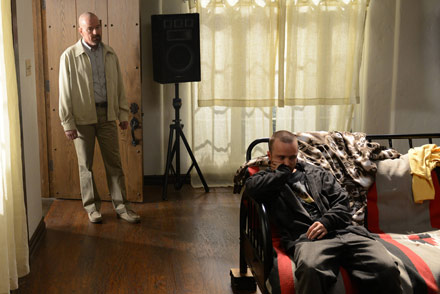 Here we go. Breaking Bad begins its last eight-episode run, sealing the fate of high school teacher turned drug kingpin Walter White. I don’t actually know if Walt’s life will end tragically (AMC is being as secretive as the NSA about the season’s plot points), but it’s hard to imagine a moral universe in which it didn’t. In the season’s first half, which aired last summer, Walt revived his meth operation, killed an associate, and had a bunch of potential stool pigeons massacred. I can’t foresee the sun shining and the soundtrack striking a major chord when the curtain finally comes down on this corrupted soul. 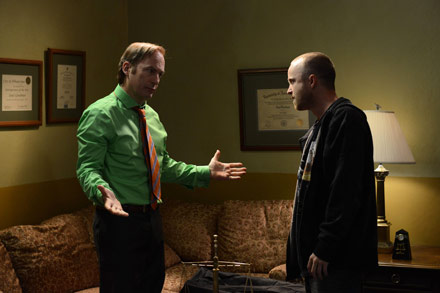 I can foresee Breaking Bad taking its place among the TV immortals. Entertainment Weekly recently picked it as the 18th best show of all time, even though it’s still in mid-run. Here’s hoping the home stretch places it definitively in the top 10.

“music does not give rise, in the heart, to anything which is not already there”