As a young girl, Billie Jean King realized that females were second-class citizens. She scraped together $9 for a tennis racquet because tennis was the only sport open to women at the time. At dinner, she announced, “Mom, Dad, I’m going to be the best player in the world.”

It’s thrilling to watch that prediction come true in the September 10 American Masters (8 pm, PBS) documentary. It’s even more thrilling to watch King emerge as a fearless advocate for women’s rights in the 1960s and ‘70s, taking on the tennis establishment in the cause of equal pay. Interviewees like Hillary Rodham Clinton and Serena Williams laud her crusade against sexism, which culminated in a legendary victory over chauvinist pig Bobby Riggs in 1973. 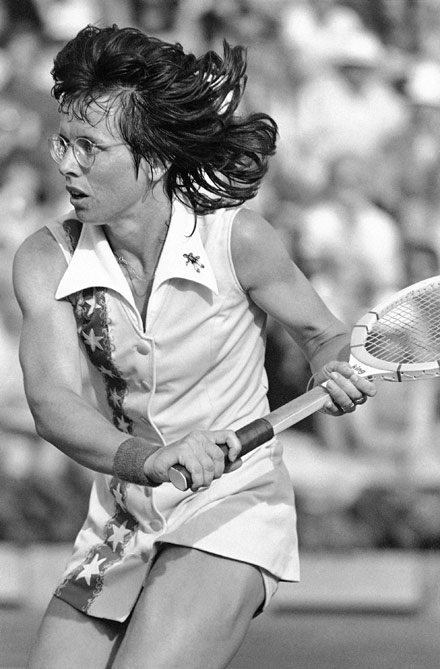 I can’t think of a lovelier tribute. 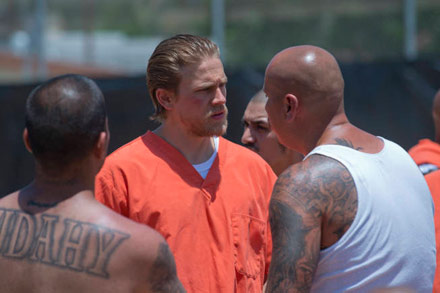 Season five of Sons of Anarchy ended in a blaze of betrayal and violence. Just when it seemed things couldn’t get any more intense for the California motorcycle club, here comes season six (Tuesday, 9 p.m., FX). Club leader Jax (Charlie Hunnam) tries to hold the club together in the face of legal, marital, physical and even spiritual disasters. His wife, Tara (Maggie Siff), is in jail on a murder rap, and she suspects Jax’s own mother (Katey Sagal) of framing her. Lyla (Winter Ave Zoli) is brutalized by a bunch of pornographers, and Jax vows to handle the situation in a “calm, professional manner.” In other words, he’s going to beat the living hell out of them.

All the characters are liable to get the hell beaten out of them in Sons of Anarchy. This week, one club member tells another that he loves him, then is knocked senseless by the guy he loves. Some of the images are so disturbing that I wish I’d never seen them…and yet I kept watching. Such is the power of this series, which delves deeply into a wide range of relationships. Along with the sickening moments are moments of tenderness and beauty.

Yes, tenderness and beauty can exist even among greasy-haired, foul-mouthed, tattooed miscreants in leather vests. That’s what we’ve learned from Sons of Anarchy. 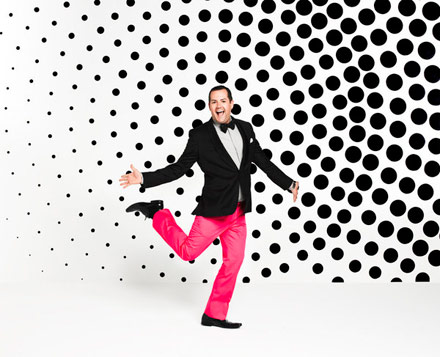 Ross Mathews graduates from second banana for Chelsea Handler and Jay Leno to his own talk show. He’ll discuss the latest pop culture developments with his studio audience and with viewers via social media.

Mathews has a likable persona – your gay friend next door – and he can be amusingly outrageous. But he doesn’t have the quick wit you’d like to see in a talk-show host. That’s going to be painfully evident given his timeslot: following Joan Rivers on Fashion Police. What cruel programmer scheduled not-very-funny Ross right after one of the funniest people of the last half-century?

I learned never to invite Natasha Henstridge into my house in 1995’s Species, where she played a voracious alien with the body of a blond beauty. Henstridge had a way of turning a room into a bloody mess in that movie, and A Sister’s Nightmare is no different. In this Lifetime production, she plays a bipolar woman who shows up at her sister Jane’s door after being inexplicably released from a long-term psychiatric facility. Jane (Kelly Rutherford) feels like she can’t turn away her flesh-and-blood, but she fears for her daughter (Peyton List) and fiancé (Matthew Settle) when she discovers knives missing from the kitchen.

Henstridge was relegated to B-movie status after Species, but she still gives good menace. She can communicate sinister intent even when smiling prettily. I have great respect for her talent…though not so much that I’d invite her into my house.

Why do Emmy voters love this tale of brutal gangsters in Prohibition-era Atlantic City? Maybe it’s because the series mixes trendy grotesquerie with classy cinematography and costumes, making it seem “important.” Maybe it’s because Boardwalk Empire is executive produced by Martin Scorsese, whose name confers legitimacy. But after the fourth season premiere, I can’t come up with a good reason to keep watching.

The pace is funereal and the scenes are inert. The only thing that wakes you up is the inevitable moment of ghastly violence – this week, a slaughter involving racism and rape. There’s no redeeming context for this ugliness, as there is in superior series like The Sopranos and Breaking Bad. The filmmakers simply seem to get a charge out of it. In these moments, you don’t respect them any more than you do the goons onscreen.