Most of us saw the first episode of Hunger Games, based on the trilogy by Suzanne Collins. Once you get past the horrific dystopian premise of young adults hunting each other for the amusement of the ruling party, you can marvel at the colorful characters played by a stellar cast at a perpetual costume party. Nobody does flamboyant like Stanley Tucci as games host Caesar Flickerman. And no one wears crazy Capital couture like Elizabeth Banks as District 12 escort Effie Trinket, whose job is to enforce happy attitudes through wooden speeches and plastic smiles. 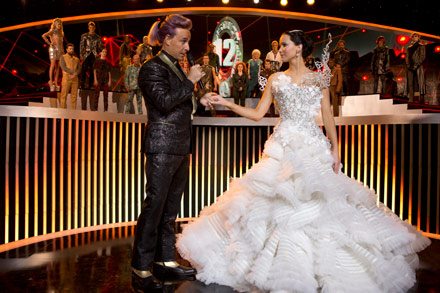 Catching Fire is number two in a four-film series. It begins with the victory aftermath of Katniss (Jennifer Lawrence) and Peeta (Josh Hutcherson), whose lives are now property of the Capital, which is ruled by the evil President Snow (Donald Sutherland). Life in the Panem republic grows uglier and more restless, and the Capital turns up the heat with a more hostile level of games. But Act I is so long that by the time the games begin we’re exhausted. And in the end, Catching Fire feels like we’ve been here, done that already, 146 minutes that suffers from sequel slump. It should be entertainment but feels more like hard work. If you’re committed to the series, you’ll need to see Catching Fire but bring a pillow and blanket.  C 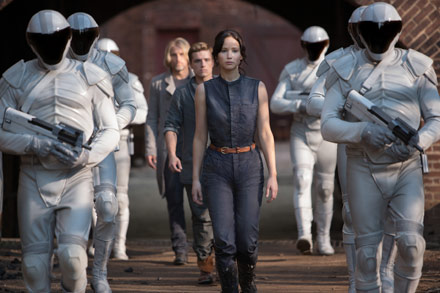 10 Things to Love About Winter