With Beavis and Butt-head, Mike Judge established himself as the bard of mumbling, antisocial, all-American nerds. But Judge tops himself with Silicon Valley (Sunday, 9 p.m., HBO), which locates the nerve center of modern-day nerd culture in the San Francisco area’s tech industry.

Our hero is, at first glance, anything but heroic. Richard (Thomas Middleditch) is a shoe-gazing introvert toiling for an oppressive tech company while living in a pathetic startup "incubator" with four fellow misfits. Like everyone else, these guys are working on apps that could make them rich — or, as it’s fashionable to say in Silicon Valley, that could "make the world a better place." At the bottom of the totem pole, Richard rolls his eyes at the pretentious personalities above him, including his self-aggrandizing boss (Matt Ross) and a renowned venture capitalist (Christopher Evan Welch).

But by chance, Richard’s compression algorithm comes to their attention, and they get the idea that it could earn them billions — I mean, that it could "make the world a better place." In the blink of an eye, Richard is elevated to kingly status. That’s the subject of Silicon Valley: nerds on the throne for the first time in human history. In Judge’s view, they’ll be no less noxious than the grunting tyrants previously on the throne.

Silicon Valley is a brilliant comedy of manners that will shed light on our techie future and — dare I say it — make the world a better place. 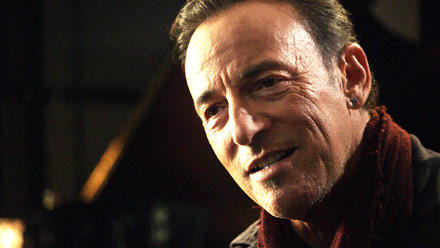 This short, stylish documentary chronicles the making of Bruce Springsteen’s album High Hopes. In his whispery rumble of a voice, Springsteen explains why he writes songs: "I’m trying to resolve something that’s bothering me intrinsically." 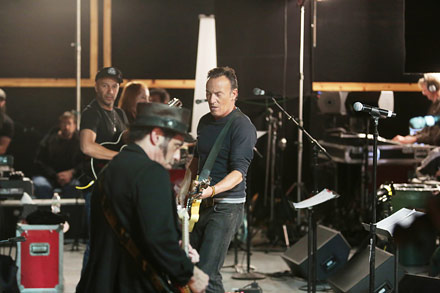 The film gives us a glimpse of the rocker at work in the studio, in undershirt and wool cap. He collaborates with Tom Morello and gives directions to his sidemen, such as: "No thought. The sloppier the better."

Springsteen also meditates on his own hungry heart. "Why would a grown man want to drench himself and exhaust himself at this late date?" he asks, wondering what drives him to keep touring. 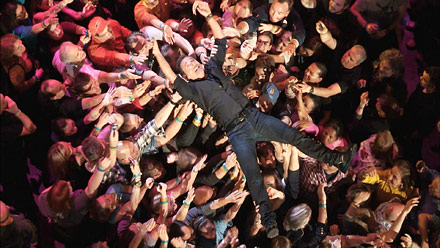 I won’t spoil it for you by revealing his answer. Suffice it to say that, for a proponent of "no thought," Bruce Springsteen is one of the most thoughtful American musicians of all time. Long may he be bothered.

In the fourth-season premiere, warring factions compete for the Iron Throne in the medieval-ish realm of Westeros. The Lannisters hold power at the moment, but they have plenty of rivals in fuzzy-pelt fashions. 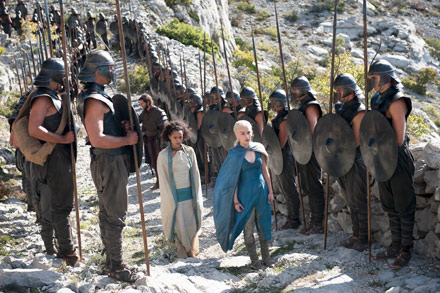 The episode offers fans all the skin and slaughter they’ve come to expect. HBO is asking reviewers not to give away plot points, but that won’t be hard for me. I don’t closely follow the series, so the many characters, clans and ancient resentments are almost impossible to understand. 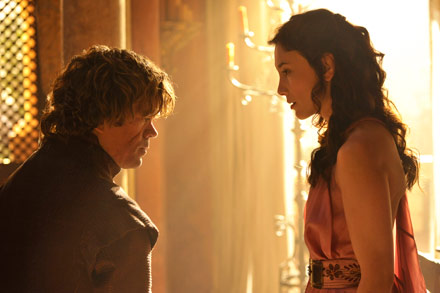 Last week I raved about this new sitcom, which follows hilariously strict Jack Dunlevy (Christopher Meloni) as he takes over primary childrearing duties for his teenage son and daughter. After watching another episode, I stand behind that rave. The series is set in an absurd time period – 1991, land of Baywatch, the Thighmaster and Milli Vanilli. The Dunlevy family is correspondingly absurd, as when Jack uses extreme drill-sergeant measures to train his son and two others for varsity baseball. His methods include air horns, blindfolds and rubber snakes.

"I promise you, there is a point to all this," Jack insists.

Indeed, there is. Jack’s methods are simply a form of (extremely) tough love. As silly as it is, Surviving Jack features people who really care about each other. Along with rubber snakes, it has a heart.

In the season-two premiere, the time-travel series gets even more convoluted. Kiera (Rachel Nichols), the police officer from 2077, is imprisoned in the past for trying to change history. Alec (Erik Knudsen), her computer-genius friend from the present day, uses a time-travel device to go back two weeks to prevent his girlfriend from being killed. By the end of the episode, the space-time continuum gets so mixed up that there are two versions of Kiera and two versions of Alec running around. "It’s confusing," one of the Kieras admits, as if by way of apology.

I find Continuum tedious when the script takes too much time explaining itself. But the series does have nice effects and appealing characters. The other Dean Robbins likes it well enough.