In the last 30 years, I can think of three major sequels that have been good: Terminator 2: Judgment Day, Casino Royale, and Skyfall. That’s three out of approximately 35,000.

It’s extremely rare for a sequel to be good; most of the time the best you can hope for is something serviceable like Mission Impossible: Ghost Protocol. So it’s not hyperbole to say that Mad Max: Fury Road is basically a miracle. Nearly 30 years after the goofy, feathery Mad Max: Beyond Thunderdome, Fury Road is a return to the Mad Max world that matches if not exceeds the previous high watermark of The Road Warrior.

Fury Road is simple, elegant, and totally insane. Its visual ingenuity is pretty much unmatched by any mainstream movie I’ve ever seen in the theaters. It begins with minimal backstory, gets into gear, and rules for two hours.

I had honestly underestimated the influence of George Miller’s post-apocalyptic vision. Virtually every apocalyptic or dystopic movie since The Road Warrior has aped his punk drag-race nightmare: Waterworld, The Book of Eli, Children of Men, The Road, Tank Girl, Strange Days, and on and on. But there’s no substitute for the real thing. It’s easy to have a post-apocalyptic movie with scary bald henchmen; it’s another thing to give them a deranged and hilarious death cult, where they coat their mouths with silver spray paint before kamikaze-like attacks. The multiple crews in Fury Road all have their own distinct, blasted style, and beyond that are somehow strangely believable despite (or perhaps because of) the outlandish accoutrements. 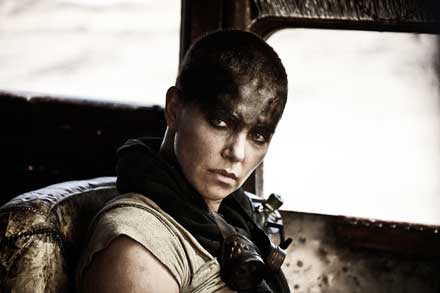 The plot is simple, almost like a symbolic parable. Much has been made of Mad Max’s feminist politics, and Miller’s sharp world view and themes are refreshing. Who Killed the World? is a meme that reappears throughout the film, and the answer is obviously “men.” I can’t think of another mainstream movie, let alone an action movie, that articulates the predatory nature of misogyny better than this one. And what better way to give such grotesque patriarchy the middle finger than ramming a flaming truck of death called the War Rig down its throat.  A

My Life with Kindle