South by Southwest (SXSW) is known for featuring a wide variety of musical styles. This year, genres in the lineups included electronic dance music, avant-garde experimental tunes, folk, and every kind of rock. While there were exceptionally good performances of all kinds, many of the standout shows presented different forms of American country music.

Country music has lots of different manifestations, but the common trait is a concern with American values and traditions. Historically, country music has morphed into new sounds during eras of great national stress: for example, the birth of the Civil Rights Movement in the mid-1950s (Elvis Presley, Bill Haley, Buddy Holly), and the Watergate era (the Eagles, Lynyrd Skynyrd, Gram Parsons). At SXSW, the revival of country music by so many artists with distinctive approaches suggests that the current turbulance of national life has filtered through our culture. Who these musicians are and what they say offer keen insight into who we are as a nation.

One of the highlights of SXSW was 33-year-old Nashville singer-songwriter Margo Price, who just got signed by rocker Jack White (of the White Stripes) for his newly created Third Man Records label. Price’s debut album, Midwest Farmer’s Daughter, tells of hard times—losing the family farm, alcoholism, the death of a child—in unflinchingly honest ways with a tinge of hard-won humor. If you can’t laugh at your past problems, you haven’t learned from them. In many  ways, Price resembles a younger Loretta Lynn, now 83, who performed songs from her latest 2016 record, Full Circle, at SXSW. Like Lynn’s, Price’s songs reveal how life for women is fundamentally harder than for men in today’s modern world, despite how much things have changed. 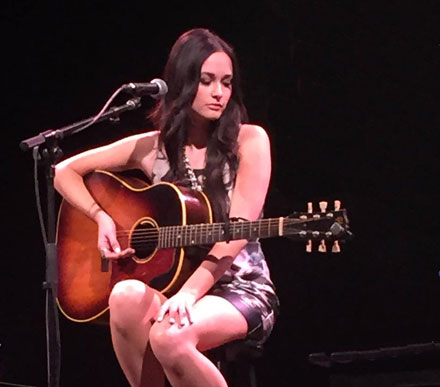 Kacey Musgraves seems the exact opposite of Price, at least on the surface. Musgraves is a fresh-faced Nashville-based musician who has received the Music City’s highest honors, including Top New Female Artist, Album of the Year, and Single of the Year, not to mention three Grammy Awards. While Price comes off as a rebel who defies traditional Nashville norms, Musgraves initially seems more traditional.

But a lyrical analysis of Musgraves’s work shows this is not true—and reveals just how far mainstream country has changed. Her top-selling, CMA-winning song “Follow Your Arrow” celebrates all types of sexuality, smoking pot, and nonconformity. Musgraves, along with fellow songwriters Shane McAnally and Josh Osborne, sang and spoke about their songs during one of SXSW’s most enlightening evenings. The three are good friends and have co-written hits for Musgrave and others (including Miranda Lambert, Kenny Chesney, and Keith Urban). These songs reveal a break with conservative values and an embrace of more inclusive ones.

However, performances by older country music artists such as Robbie Fulks suggest that these concerns have deep roots in pre-contemporary country. When Fulks first appeared at SXSW 20 years ago, he was a bright young artist who was considered by his peers to be the next big thing. But he wasn’t willing to modernize his sound, which resembled pre-1955 country, and went from major label success to indie obscurity. The songs on his new album on the Bloodshot label, Upland Stories, detail how “America is a Hard Religion” and delve into the glories of family love and small town living, without being sappy or preachy.

Country singer and Austin legend Kinky Friedman mocks these same values, doesn’t play an instrument, and can’t sing a lick, but he energized the crowd as a raconteur and storyteller as well as with his covers of Tom Waits and Warren Zevon songs. 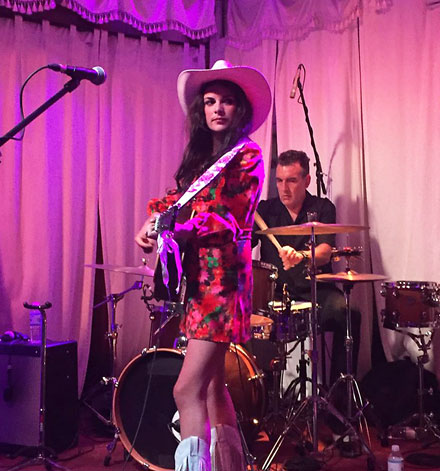 Three relatively new country artists that also caused a SXSW buzz include Whitney Rose, Sam Outlaw, and the Strumbellas. Rose, a Canadian who recently relocated to Austin, had the town’s mayor back her on drums while singing tunes that would seem at home on the country music charts of 30 years ago. Her label mate Outlaw, the first American signed to the Canadian company Six Shooter,  falls somewhere along the George Strait-Clint Black continuum. The Strumbellas, an outstanding six-piece Juno-winning band, performed Motley Crue songs country style. These artists harken back to a time of promise, after the Cold War had ended. Judging by the brilliance of their artistry, one can see that a great change is underway.

An Amazing Dronescope | The Charm (and Addictiveness) of Live Video Streams

Neighborhood Forest: Get a Tree and Watch It Grow!