I wish the news were  better for theatrical films. Unfortunately, what we’re seeing these days is the growing entrenchment of arty TV and globally profitable films at the expense of good movies.

TV is pretty incredible now, it’s true—but I simply like movies  better. Even the greatest episode of, say, Breaking Bad or Mad Men pales in comparison to Nashville or Sexy Beast.

The current American studio system, with its enormous resources and financing, makes only two to three good movies a year. The rest are hypertested nonsense geared for the lowest common denominator of the global market. Case in point: Did you know that Paramount remade Ben Hur in 2016? Probably because some unctuous data nerd discovered “strong consumer hunger for Roman epics in the central Asian markets.”

That means for me, as a film buff, I have to be vigilant. I’m embarrassed to admit that because of my lax attention to the Cannes Film Festival last year, I didn’t even know Elle was a movie until it came out in theaters.

My list this year contains almost entirely foreign and independent films, and the two studio films were made by members of a very exclusive auteur group (the Coen brothers and Martin Scorsese). Here’s hoping the future, which now seems as bleak as it did in the early ’70s, brings the return of movies of a better caliber.

Hail, Caesar! is definitely a minor Coen brothers entry, which is unsurprising. After the brilliant, desolate Inside Llewyn Davis, it’s understandable that they’d want to mix it up with something light and fizzy. A cheerful and nostalgic Hollywood comedy-musical, Hail, Caesar! hits about as much as The Hudsucker Proxy, but doesn’t attain the celestial wit of O Brother, Where Art Thou? It’s mainly a pleasant, often soothing glide through gorgeous cinematography and musical pieces.

Green Room, Jeremy Saulnier’s follow-up to the grimy minor-key classic Blue Ruin, ups the gore and violence but maintains a clear-eyed desolation of the brutality simmering around the world. In Green Room, an earnest, frustrated hardcore band takes a gig at a skinhead bar in the woods owned by a venomous neo-Nazi (Patrick Stewart, clearly having a blast), and it basically goes as poorly as you can imagine. The film takes on a haunting resonance (much like 1994’s The Crow) with the tragic death of star Anton Yelchin shortly after its release and a bleak premonition of a white-knuckled future coming down the pike.

A throwback to hardscrabble tales of working-class suffering and revenge from the 1970s (Blue Collar, Straight Time, and Rolling Thunder), Hell or High Water was a rare indie hit with its astute sense of economic despair and deadpan humor. Ben Foster delivers an electric, career-defining performance and Jeff Bridges demonstrates that he’s one of those wise actors who seem to get better with age.

My least favorite twist in horror movies is when it turns out that everyone is dead, it was all a dream, or it was all in the head of a deranged person. My favorite twist is when it turns out that evil, ghosts, or the devil are real. The Witch, a painstakingly detailed period piece, establishes very early on that witches are indeed real and outrageously twisted. The film crescendos with dread to an ending that’s strangely ecstatic and uplifting.

Moonlight is a beautiful, quietly revolutionary film that explores the interior lives of those who are often dismissed and feared. Director Barry Jenkins subverts what could otherwise be another gratuitously glum tale of inner city addiction and crime into a dreamy meditation on existence, love, and forgiveness. Mahershala Ali, as a kind, gentle man who happens to be a drug dealer, gives one of the  most graceful performances I’ve seen. The film’s last act attains a romantic haze worthy of a Wong Kar-wai film.

#5 Manchester by the Sea

Kenneth Lonergan’s follow-up to the troubled but revelatory Margaret is one of the most brutal movies I’ve seen, the rare film that shook me for days and left me in a near comatose state of depression. This movie should come with a trigger warning for anyone who’s experienced loss, tragedy, disappointment, or failure. It’s the most profound and unflinching look at grief I’ve seen in an American movie. Casey Affleck delivers an incredibly restrained, coiled performance of a man yoked by his past. Lonergan is too smart and mature a filmmaker to revel exclusively in misery, and Manchester is filled with dry humor that makes it all the more heartbreaking.

This sprawling seven-hour documentary is about much, much more than O.J. Simpson and the horrific murders of Nicole Brown and Ron Goldman. Like the work of the visionary Adam Curtis, O.J. is a kaleidoscopic, mind-blowing treatise on race, institutional racism, celebrity, justice, gender, and more. The film manages, through a latticework of astute connections and inferences, to map the messy and dark DNA of this country. The last of five parts, which follows O.J.’s post-acquittal descent, is one of the bleakest, most riveting pieces of filmmaking I’ve seen. 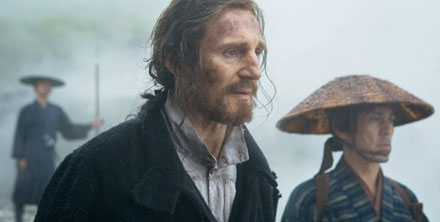 Thirty years in the making, Martin Scorsese’s Silence is the best of his religious trilogy (the previous entries being Last Temptation of Christ and Kundun), a formal, uncompromising meditation on faith, suffering, and culture. Based on a 50-year-old Japanese novel about Portugese Jesuits amidst the persecution of Christians in the 17th century, Silence proceeds like a koan, with a focused simplicity to the plotting that allows for an enormously complex rumination on spirituality. All the actors, particularly Andrew Garfield and Adam Driver, are committed to the point of devotion. The photo-graphy, editing, and music have a serene yet cutting power, culminating in an ending that is both wondrous and devastating.

Park Chan-wook is perhaps the most provocative and free director working today, an impish genius who uses extreme violence and sex to a dizzying effect, crafting movies that leave one flattened, exhilarated, and exhausted. His Vengeance Trilogy (Sympathy for Mr. Vengeance, Oldboy, Lady Vengeance) is one of the great trilogies of all time, a shocking masterpiece about the limits of revenge. The Handmaiden is a effervescent, erotic thriller filled with double and triple cons and a denouement as perverted as it is satisfying. Filled with brilliant colors and sets, The Handmaiden is shocking, sexy, funny, romantic, and unsettling—often all at once.

Paul Verhoeven has long been one of my very favorite directors, a devilish provocateur who infiltrated the Hollywood system and made movies that are disarmingly prescient and intelligent. Robocop, with its privatization of essential services, braying corporate pricks, and rock-bottom crass media (“I’d buy that for a dollar”), is a terrifyingly accurate prediction of this age. Verhoeven bowed out of Hollywood after the disappointing Hollow Man, but has reemerged with a tremendous third act in Europe.

At age 78, he’s made the most shocking, intelligent, and brilliant movie of his career, a rape-revenge thriller that is simultaneously uproariously funny, disturbingly ambiguous, and even feminist. Isabelle Huppert, at age 63, delivers what simply might be the greatest screen performance I’ve ever seen—fearless, sexy, wry, and cuttingly intelligent. Verhoeven has said that he tried to make the film in the U.S., but that no American actress would take the role.

Leaving Elle, I was forcefully reminded of what movies can do—shock, provoke, delight, disturb. Thank god for the Mad Dutchman.

Food for Love: My Lifelong Affair with Black Bean Salsa

The Winter Blues: Don't Let SAD Sneak Up on You