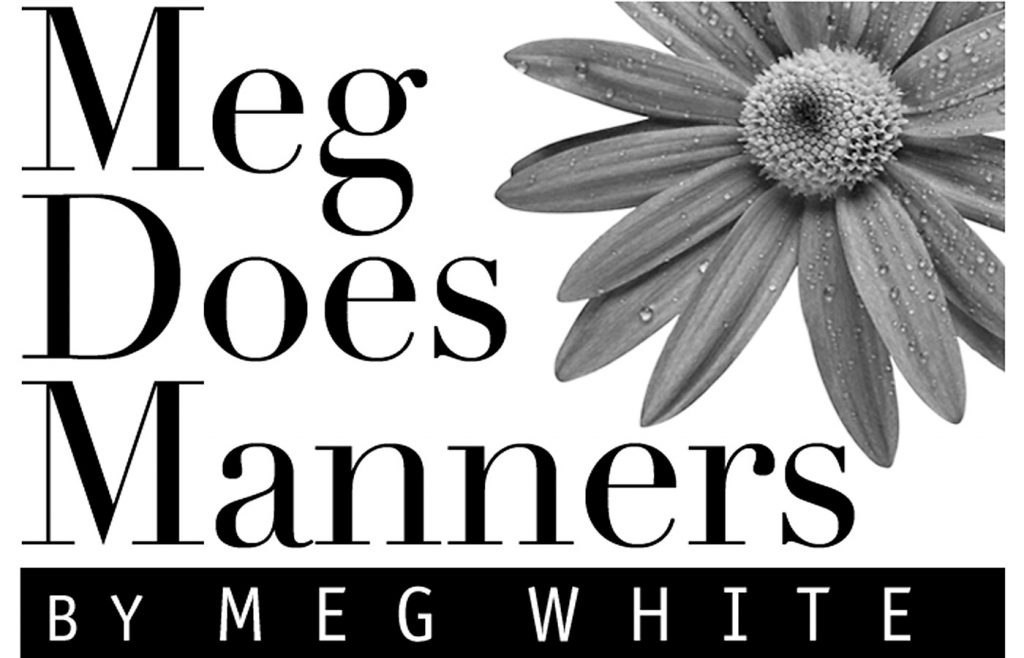 Dear Meg,
Every year my husband and I go to his company’s annual Halloween party. Every year he insists we wear the same ol’ lame costumes as the previous year. He goes as a forest ranger and I dress up as tree on fire. He brings along this old garden hose and makes me run around threatening to set others on fire while he plays the big hero saving all the other guests from me. Nobody thinks it’s funny. It’s almost heart-breaking. I’m embarrassed for him and me. Even the owner of the company and her husband do edgier stuff. Last year they dressed up as Tiny Tim and Miss Vicki. Another couple came as Ruth Carter Stapleton and Larry Flynt. It was hilarious. Should I speak up and risk hurting his feelings? —Helen

My Dear Helen,
Well, yes, speak up, of course. I’m not clear on why you think this would hurt his feelings. If stating such a simple request would prove problematic, may I suggest you dress up as Pet Rock #1 and Pet Rock #2, if you get my drift? There is nothing inherently “lame” about dressing up as a forest ranger, BTW. That’s a pretty cool occupation. It’s not only cool, it’s honorable, as is any occupation that protects the environment.

It does sound as if your poor husband has gotten himself into a bit of a rut and I understand why you wouldn’t want to spend an entire evening running around pretending to be someone everyone else is supposed to be afraid of. If that’s what you want, I suggest you try my SLA-Patty Hearst-with-faux-machine-gun routine. I thought it was a riot but people on the street, in the nightclubs, and at Denny’s were definitely afraid of me. Oh well, it was 1978 and it was the South. I shouldn’t have expected much else.

The most important thing, as always, is that you keep your husband’s feelings in mind when you bring the subject up but, in this case, please don’t be afraid to state your case. Point out to him how much you’ve admired his co-workers’ get-ups and how impressed you were with their creativity. Let him know how much you love and admire him. I would tell him how it makes you feel posing as a threat to others year after year and suggest to him you feel as if you are in a rut. Never hurts to take the hit in order to attempt to get someone else to take a hint.

If none of this works, maybe you could suggest a role reversal? At the very least it would probably be a tad bit better to be the one playing the great protector for a change. I’ll bet his co-workers would find that pretty funny.

I just had my first book published. My agent told me I’m not really up to snuff for any kind of visual publicity campaign, so we’re sticking to radio. I’m doing all these AM radio talk shows from the convenience of my living room. I consider myself a fairly well-mannered woman but some of the stuff these radio people are saying to me is really over the top. I’m on sabbatical right now but I’ve got three more weeks of this starting in mid-October. Any advice? —Nina

A friend was once in exactly the same situation. She adopted a coping mechanism she picked up in junior high school, which was that she essentially agreed with everything being said to her. For instance, if someone tells you that you might get more guys or sell more books if you spent more time on your appearance, just agree. Tell them you think spending three hours applying make-up, spraying, and back-combing your hair and agonizing over outfits every morning would be a wonderful use of your time. You could toss in a quote like this one from shop owner Truvy Jones (played Dolly Parton) in Robert Harling’s sentimental chickfest, Steel Magnolias: “There’s no such thing as natural beauty.”

Just toy with them, Nina, and keep your cool. You’re the one who’s selling a book, and the better you come off, the more books you are likely to sell. Keep in mind that taking the high road (darn it!) does usually pay off. I’m looking forward to reading your book.

The Vegan Guest | The Religious Wife

Too Much Perfume; The Revenge Not Taken