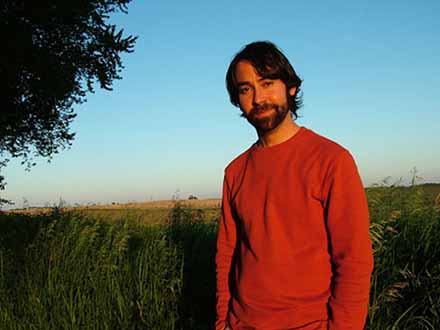 Sometimes, when I look out the window at this small eastern Iowa farm I steward, I realize I am shockingly alone. In my mid-30s I’ve become a last man standing—last to bear my family name, the only son in a farm clan whose land has been in continuous ownership by my kin since 1855. It’s a truer and sadder plot than ever I could have written, and one I never anticipated in a dreamy boyhood when my people seemed an abundant part of Ioway, inevitable as the dandelion, stalwart as the meadowlark.

Were the aloneness I feel simply personal, I wouldn’t trouble you. But it’s your loneliness, too, deep and black as topsoil, because as rural Iowa goes, so goes you. I could feed you the stats, but let’s just call a spade a spade: Iowa’s young don’t stay, and if they do, it’s straight to an apartment or condo in Des Moines or Dubuque or Iowa City or Ames, leaving the country bereft of single 20- and 30-somethings.

Call me Chicken Little or Debbie Downer, but where among your many friends and neighbors and associates can you find, say, a young, single professional woman living in the countryside more than a dozen miles from a major Iowa city? And what of the future viability of a place almost entirely devoid of young women? We’ve seen this movie before—Roanoke, the Wild West, the Yukon Territory, all starkly beautiful, perfectly unsustainable places.

Were I to write you a novel of a breadbasket place so fertile the world had never seen its equal, where corn yields 200 acres a bushel and stands in rows straight enough to please any minister, you might believe me . . . but barely. What if, turning the page, this miracle place of highest literacy and unspeakably fine schooling turned out also to be a place where, in the hinterlands, marriageable women were all but absent—like the land of the Amazons in Greek literature, only in reverse.

The scenario thus written seems pure science fiction, and yet this fabulously precarious place exists. I know it because I live in it, and so do you.

Bob Dylan famously sang you don’t need a weatherman to know which way the wind blows, and you don’t need a mathematician to dig the demographic equation: Brain drain + Lack of young rural singles = Death for the rural Iowa civilization whose survival is every bit as crucial to urban Iowa as the hobbit’s shire was to the fate of Middle Earth.

I’ve lived my 30-odd years on Planet Rural Iowa deeply and dutifully studying its history and culture and, frankly, I’m fed up with the Hawkeye State Pompeii of historical reenactments, “living history,” and small-town fairs that ironically celebrate the very cultural mainstays that long ago passed away into ceremony (Railroad Days, Sauerkraut Days, Donna Reed Days) in much the same way that suburban housing developments are said to be named after the thing they destroy.

My family’s seven generations of history here amid the Tall Corn has made of me, at 30-ahem, an old man, and my habit of studying our state’s history in detail has made me dustier still. But the thing is, by Iowa standards, I’m a young ’un, and so are you, and there’s something urban Iowans can do to help their country cousins beyond visiting the farmers’ market and paying state income taxes; they can acknowledge that folks living 20 or  40 miles beyond the city lights ought to, by rights, have as good a chance at meeting an educated mate at Casey’s as an urban Iowa dude does at chatting up a prospect at Starbucks. Iowa’s entre-preneurial spirit has brought us country-dwellers the “wonders” of high-speed Internet and digital cable, but I’d rather see an educated, dynamic, fiercely independent Iowa country girl stroll by my rural window than catch the latest episode of Glee.

Stoic though I am, I’ve found something worth being silly for this summer: a Love of Iowa. That’s why you’ll find me touring the state north to south in late July, hearing real-life, home-grown courtship stories. I’m not ready to call it BRIDEBRAI—but Iall for touring this blessed state by way of its most unlikely, most romantic places. I believe in the power of the walkabout, the vision quest where we of imperfect spirit and abiding faith set out on a wing and a prayer, not expecting epiphany, not disrespecting it.

I could continue to stew here in the Iowa hills in prideful isolation (I will, and I do), but I’d be fiddling while Rome burned and the old generals expired or abandoned their posts. In the last decade alone I’ve lost my grandfather to cancer, and two too-young uncles to heart attacks. This winter my 60-year-old father left for Florida, sick already in heart and body. Their death and disappearance makes me free and bereft, blessed and cursed. I’m left to witness alone many Iowa farm mornings and evenings too beautiful to describe except in “wish you were here” postcards. Still, I stay here, stand for here, because it’s in my make-up, the way a horse lowers its head to stable as night comes.

But here’s the thing: so long as we rural and small-town singles draw breath in Grant Wood country, voting with our feet for what sweetnesses remain, there’s a chance fate will find us where we live, and by our own mulishness and vestige of whatever it is that sustained our families here, deliver something like romance, something like manna.

I can do that much . . . put one hoof in front of the other, stand my ground, become, as my dad always said, “A jackass in a hailstorm.”

A Concentration of Daylight