Truth be told, the title American Hoggers didn’t fill me with anticipation for this new reality series (Wednesday, 9 p.m., A&E). But it turns out to be a fascinating look at boar hunters in Texas, where the feral beasts are terrorizing landowners. Veteran hog expert Jerry Campbell and his kids come to the rescue with horses, lassos and hounds equipped with GPS tracking systems—and despite all the weaponry, it’s still a fair fight. “The boars are smarter than we are,” the Campbells admit. The family’s nighttime raids are epic battles, with equal cunning on both sides.

Part of the fun of American Hoggers is that you never know what will come out of the Campbells’ mouths. Just when you start to think Jerry is a simple backwoods dude in a bushy beard and cowboy hat, he alludes to Herman Melville’s Moby Dick. Meanwhile, his son compares the boars to “Chaucer’s demons.”

These animals may well be smarter than the Campbells, but I doubt if they’re as well read. 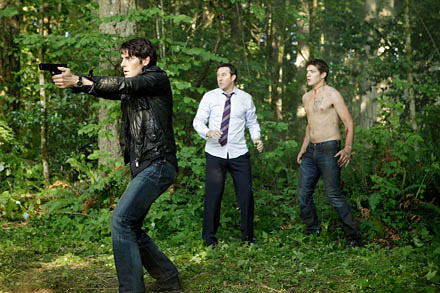 NBC took a risk in creating a contemporary detective series tricked up with a Grimms’ fairytale element. Sadly, the risk didn’t pay off. You’re intrigued through the first or second commercial break as a cop named Nick (David Guintoli) discovers his “Grimm” heritage, which allows him to perceive otherworldly beasties disguised as people.

Rather than maintaining a plausible fairytale mood, however, Grimm descends into bathos right around the time Nick meets the Big Bad Wolf (Silas Weir Mitchell). This humanoid turns the series into a joke, throwing out German words and ironic commentary. He controls his animal nature, he confides to Nick, “with a strict regimen of diet, drugs and Pilates.”

Please allow me to throw out my own German word about Grimm: “kitsch.”

Hill opts for the gross, cruel tone that’s de rigueur for prime-time cartoons. But unless you have satirical genius on the order of The Simpsons or South Park, you’re not going to get laughs with nasty jokes about AIDS or sex between a little boy and his principal. Here is Hill’s idea of a punchline, as Allen’s dad reflects on adopting a daughter from Cambodia: “She was this close to being turned into glue over there!”

Can someone please turn the remaining episodes of Allen Gregory into glue, pronto? 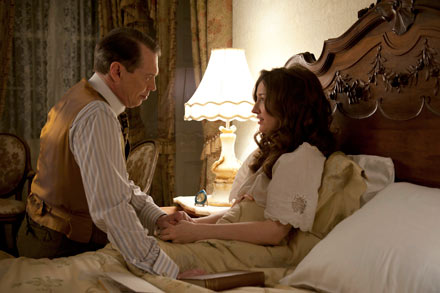 Now in its second season, Boardwalk Empire remains a compelling drama about 1920s Atlantic City—an era re-created so vividly that you can practically smell the bootleg whiskey. The series stirs up a potent brew of corruption, sex, and violence, just as you’d expect from executive producers Terence Winter (a writer for The Sopranos) and Martin Scorsese.

At the heart of the story is Nucky Thompson (Steve Buscemi), Atlantic City’s election-rigging politician and bootlegger. In this week’s episode, Nucky works out a risky liquor delivery while his mistress (Kelly Macdonald) arranges for her son’s first communion. “How can we avoid the fires of hell if we can’t stop sinning?” a priest asks the boy. This turns out to be a relevant question for every character in Boardwalk Empire, from gangsters like Lucky Luciano (Vincent Piazza) to a federal agent with a guilty conscience (Michael Shannon).

The episode had me in its grip until a gratuitously graphic torture scene in the last act. The scene not only made me sick, but distracted me from the plot as I wondered why Winter and Scorsese would indulge in such artless sadism. Guys, you won’t be able to avoid the fires of hell if you keep abusing your audience that way. 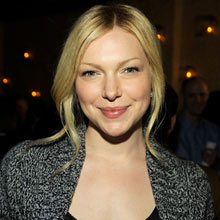 Eve (Laura Prepon) is a forensic sculptor who re-creates the faces of missing people to help police with their investigations. She’s personally invested in her work, given that her own daughter was killed by a psychopath 10 years ago. As the TV movie begins, a new psycho has his eye on little girls, and he calls Eve to taunt her with information. He hints that she’ll be killed next, and not even a hunky cop in the Atlanta PD can protect her.

That’s a standard plot for a Lifetime mystery, but The Killing Game is a cut above. Prepon has a workaday realness, ever so slightly underacting. As a result, the movie never feels overwrought, even when Eve does crazy stuff like kidnapping a young girl from a safe house to foil the killer. She may be low-key, but this heroine surprises us with her daring moves.

Please, don’t apologize on our account. We can’t wait to see what you do next.