Since it’s a big hit, 21 Jump Street will almost certainly result in a sequel. This is a good and bad development. Bad because many more inane adaptations of mediocre TV properties are on the way (China Beach movie?), good because 21 Jump Street is an example of breathing life into moribund properties. Honestly, this isn’t a great movie, but it’s funny, doesn’t take itself too seriously, and features an inventive take on the return-to-high-school trope.

Schmidt (Jonah Hill) and Jenko (Channing Tatum) are polar opposites in high-school—the former a chubby, Eminem-worshipping nerd, the latter a long-haired bro-jock of the highest order. Years later they buddy up as parternered cadets in the police academy. But their inexperience lands them in an undercover program at an abandoned Korean church run by Ice Cube’s knowingly stereotypical angry black police captain. 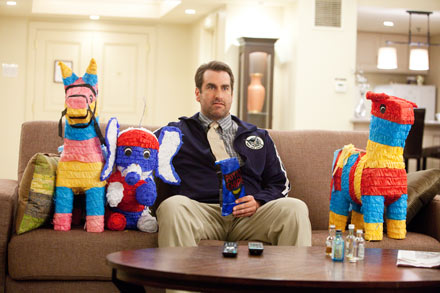 Schmidt and Jenko are assigned to a local high school where a potent new psychedelic drug is causing epidemic overdoses. Because of a mixup, smart nerd Schmidt gets put in the slow “cool-kid” classes (theater, etc.), and jock Jenko gets put in the smart classes (AP chemistry). The central joke of 21 Jump Street is that the high school topography has become completely baffling. Dave Franco (James’s younger brother) is quirky and charismatic as the BMOC and dealer of psychedelics—a sort of casually radical bro with a streak of mischief. 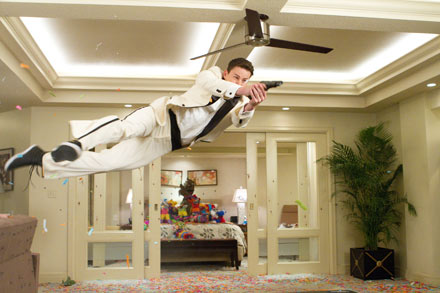 Although the rest of the film follows a fairly formulaic arc of solving a thinly veiled mystery and of friends falling out and then back together, it works because writer Jonah Hill actually has some cultural currency. The film revels in knowing how schlocky its source material is, but its depiction of high school is believable. Both Hill and Tatum deliver sparkling, star-making turns. Tatum in particular seems to be having a ball after an endless litany of military-men-style roles. Ice Cube is also outstanding, ripping into lines like “Leave Korean Jesus Alone!!!” with a hilarious gusto. 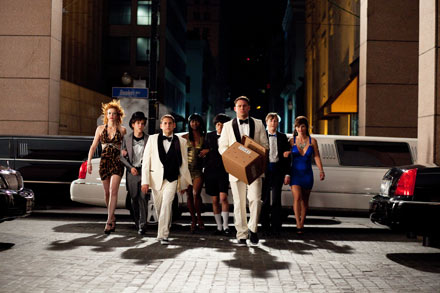 21 Jump Street represents the ceiling for later winter/spring Hollywood releases—meaning that it’s a fun, diverting night out that you won’t regret. This may sound like faint praise, but it’s not. We need movies like 21 Jump Street. Without them, people have to talk themselves into seeing films like Leap Year and Hall Pass. Not every movie needs to be Melancholia. B+