A risky move years in the making, The Avengers culminates Iron Man, Iron Man 2, Thor, and Captain America into one large team film. It has paid off in spades, and now we can look forward to more and more Avengers movie and minor comic-book films. Essentially, The Avengers means that loud, expensive, superhero movies are never going out of style. Although this seems depressing, these movies do require a certain skill. DC comics tried to create a similar franchise with The Green Lantern, but the film was so turgid that it killed that plan in its infancy. 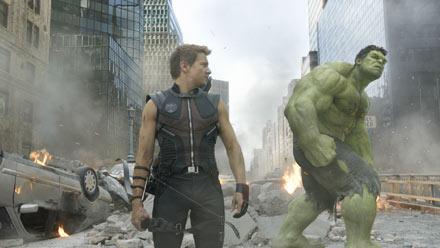 In The Avengers, the bad guy from Thor, the mischievous god Loki (Tom Hiddleston), comes to earth in a portal with a bunch of space lizards and sand-worms (from Dune) to rule the world. Nick Fury’s international Syndicate gathers Captain America, Iron Man, Thor, Black Widow, Hawkeye, and Bruce Banner (a.k.a. the Hulk) to fight them off. The Avengers bicker for a while, because that’s what is necessary in the second act, and then there’s a huge battle in New York. That’s basically the movie.

It’s well done and moves briskly, and the performances have some luster. Robert Downey Jr. is charismatic as always, and Mark Ruffalo brings a degree of pathos to Bruce Banner. The Hulk is by far the best part of the movie. It’s the first time a movie version of the Hulk has captured the emo-id release of the comic book. 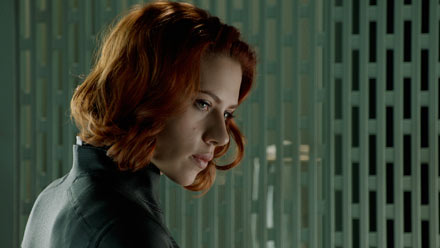 The other heroes are passable. Scarlett Johannsen’s Black Widow and Jeremy Renner’s Hawkeye are a slightly absurd addition, given that they just seem to be super-skilled marksmen who are fighting literal gods.

Obviously, The Avengers is aimed for kids and teenagers, yet plenty of adults are still seeing it. Once in a while, something strenuously mediocre becomes a juggernaut, like Santana’s Supernatural or 21 Shades of Grey or The Avengers. Middlebrow tastes are nothing new;middlebrow phenomena are a bit rarer. But it could be worse—it could be the seismically unnecessary Spiderman reboot. B-