In the movie Deliverance, Ronny Cox played guitar in the iconic "Dueling Banjos" scene, and the actor has continued to perform and write songs. (photo: Jay Ford)

The public best knows Ronny Cox as an actor. The man has appeared in well over 100 films and television programs, including important roles in blockbusters such as RoboCop, Beverly Hills Cop, and Total Recall. But music has always been his greatest love. He got his first movie job 30 years ago, starring with Burt Reynolds and Jon Voight in Deliverance, in part because of his guitar playing. If you have seen the movie, you probably remember the scene where he challenges a tow-headed banjo picking youth to a musical duel.

Cox continues to act, but he’s headed to Iowa to perform on June 8 at West Des Moines Christian Church, 4501 Mills Civic Parkway, West Des Moines. He will be accompanied by multi-instrumentalist Radoslav Lorkovic, a man with deep Iowa roots. Lorkovic spent several years as a member of Bo Ramsey and the Sliders and worked with Ramsey and Greg Brown. The two men are joined by singer/mandolin player Karen Mal. Cox praised his side musicians’ talents and announced that they had just released their first album, the appropriately title Ronny, Rad, and Karen.

“My late wife’s family was from Elk Horn, Iowa,” Cox said over the car phone while driving to his cabin near Mammoth, California. He joked that this fact gave him an edge when playing the state, but he did not know if it applied to playing in a church.

“I am not religious, but my show is never anything you couldn’t play in a sanctuary or a reception hall. I occasionally do religious songs. I am a strong believer in great songs. I am not influenced by where I am playing, I just play what I want,” he said with a chuckle. He noted that a lot of modern-day coffeehouses are actually church venues rather than places that sell coffee.

“Audiences should be aware that when I perform, I am a storyteller as well as singer. About half my concert is spent telling stories. My shows are more like a play than song, song, song, song. I weave a point of view into a tapestry, and what appeals to me is that it is a shared evening,” Cox explained. “That’s why I like singing more than acting. The possibility of something profound happening as a result of sharing the experience directly with people is what it is all about. That’s why I keep the house lights on. I want to see the audience. And my show starts as soon as the audience goes in. I go to the seats and talk to the crowd before I get on stage.”

Cox spoke with passion about his art. “I play acoustic-oriented music that’s hard to define in this day and age. I got my first record deal in the early ’90s and was marketed as a country act by Mercury Records. The problem was that country was turning into rock and roll—this was the era of Garth Brooks—and my music didn’t fit that description. These days there are categories and charts for Americana, roots, and all sorts of permutations, but I never feel comfortable fitting into any.

“I would call my music ‘eclectic,’ yet that term is more confusing than suggestive,” he continued. “So I usually just tell people it is folk, because no one knows what folk is anymore. My definition of folk means music that appeals to me, and that is mostly acoustic with maybe a slight electric accent. But I am not playing old folk songs and a true folkie would probably disagree with my definition.” 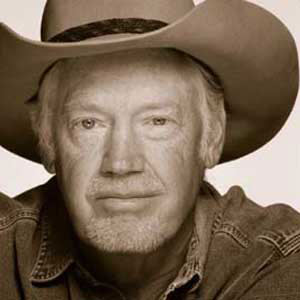 As for Cox’s repertoire, he said that it hasn’t changed much over the years in terms of style. He’s just added more songs. He didn’t start writing his own songs until he was over 50 years old (he’s now 73). Cox noted that while he enjoyed penning his own tunes, “I pride myself on finding stellar material and sharing it with others.”

As an actor, he said, “I am comfortable with the term ‘interpretative artist.’ I do not subscribe to the fact that if an artist sings a song he or she hasn’t written, it’s not as good. And I say that as a songwriter. If I find a song that I can do something special with . . . I find it incumbent on me to perform it. That’s inherent in folk music. It is music that is passed on.”

Audiences can expect to be surprised by the evening’s play list. “Sometimes, I will do a Count Basie tune, or a good-time song like ‘Bye Bye Blackbird,’ or an old chestnut like ‘The Sheik of Araby,’ ” Cox said. He also has an ear for modern songwriters and mentions Jimmy Alan Stewart and Jack Williams as two of his favorites.

Cox has recorded an album of songs by the late Texas songwriter Mickey Newbury, How I Love Them Old Songs. He considers Newbury the preeminent modern composer of our time, and the two were friends.

“I’m not denigrating those other wonderful Lone Star songwriters like Townes Van Zandt, Guy Clark, and Lyle Lovett, but Newbury’s music is the best,” he said. “Do you know that back in the day there was one time when Mickey had four songs recorded by four different artists on different charts at the same time? Three of them were number ones, and the other was number four.” Cox said he still listens to Newbury in wonderment today, and recommends tunes like “San Francisco Mabel Joy,” “Cortelia Clark,” and “You Always Have the Blues” to those who want to hear excellent lyrics mixed with creative melodies.

Newbury’s performances are first rate, but one could benefit by listening to Cox’s renditions of these songs. He captured Newbury’s magic and successfully passes it on for others to hear. That’s the hallmark of a fine interpretative artist and a folk musician, which Cox certainly is.

The Avengers | Six Superheroes Battle Loki in One Loud Movie