Bristol Palin: Life’s a Tripp (Tuesdays, 9 p.m., Lifetime) is a reality series about Sarah Palin’s daughter—the one who got pregnant at 17 and is raising young son Tripp as a single mom. I’m tempted to comment on the title’s idiotic pun, but Bristol puts me on notice. “Even though it seems like the media was trying to tear me down,” she says of being a controversial politician’s daughter, “my faith, my friend,s and my family held me up.”

I have to admit, that stings. Despite being a member of the “lamestream media,” as the Palins call it, I don’t like the idea of treating Bristol unfairly. So I have a wad of Kleenex that I promise to stuff into my mouth whenever I feel like saying something cruel about this self-described “simple small-town girl” who has no use for “the image thing.”

Now, I do believe that some criticism of Life’s a Tripp is fair game, as when Bristol’s actions don’t match her oft-stated principles. For example, she spends so much time bragging about her motherly dedication to Tripp that I can’t help but notice she’s, um, raising him on a TV show that basically serves as a commercial for her brand. And for someone who’s so unconcerned with image, she sure spends a lot of time positioning herself as a down-to-earth family-values exemplar—in truth, not an easy sell for someone who’s had plastic surgery and done the bump-and-grind on Dancing with the Stars.

The scene that really had me reaching for my wad of Kleenex, though, is the one where Bristol addresses a heckler in a bar. I expected a mature approach to the situation, since Life’s a Tripp is a showcase for Bristol’s supposed maturity. Instead she asks him, out of the blue, “Is it because you’re a homosexual?”

The new version of Dallas successfully duplicates the mediocre melodrama of the original 1970s-90s series. Now with a fabulous mane of gray hair, Patrick Duffy is as bland as ever in the role of ranch owner Bobby Ewing. Greedy brother J.R. Ewing (Larry Hagman) is still Bobby’s nemesis, but now there are two J.R.s. J.R. Jr. (Josh Henderson) is a chip off the old block, scheming to open up the ranch to oil drilling. As before, various beautiful women (including original cast member Linda Gray) are strewn about as set decoration. 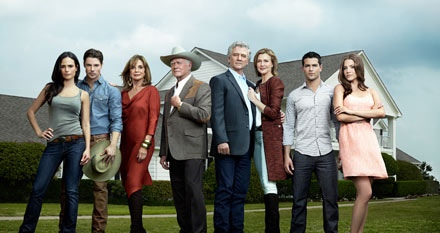 Henderson makes for a pipsqueak of a villain, and his blood feud with Bobby’s son Christopher (Jesse Metcalfe) barely seems like it will carry the series into July. Luckily, Hagman has lost none of his evil allure. He’s the only one here who holds the screen, despite looking ill from real-life cancer. Let’s hope he hangs in there, because without him Dallas is nothing. 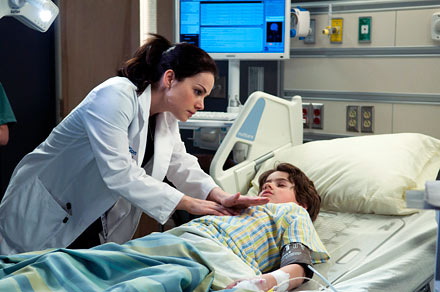 This summer series began on a promisingly sexy note. Doctors Charlie (Michael Shanks) and Alex (Erica Durance) couldn’t keep their hands off each other as they planned their wedding, going at it during cab rides and in the hospital where they both work. But the light, frisky tone came to an abrupt end when Charlie went into a coma. To make matters worse, Charlie’s spirit inhabits a sort of melancholy afterlife. He roams the hospital corridors in a morose, philosophical mood that could pretty much ruin your whole summer.

Our only hope is for Alex to go into a coma herself so she and Charlie can resume sexytime in the afterlife. 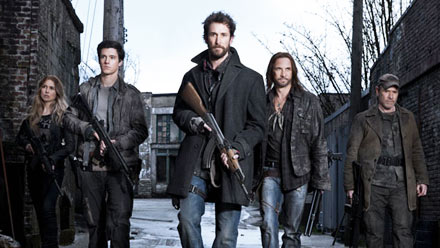 The aliens are still creepy and the humans still plucky in the second-season premiere of Falling Skies. It begins with a thrillingly staged street battle between the gooey insectoids and the Boston resistance fighters trying to preserve what’s left of Earth. Historian turned guerrilla leader Tom (Noah Wyle) returns from three months in captivity, haunted by terrible visions of his encounter with the alien leader. This fascist ectomorph insists that, for the human s, the battle is already lost. He rubs it in by claming that the aliens’ genocidal tactics are drawn right from the Earthlings’ playbook: “It’s taken directly from your own history. Cambodia, Nazi Germany, Nanking, My Lai, the Trail of Tears.”

That’s the genius of Falling Skies. Along with the great acting and stunning special effects, we get moral ambiguity. This is not a case of good humans versus evil aliens, but of compromised humans versus aliens who represent a part of us—the worst part. In this episode, however, we also see the best part of humanity, including courage, kindness, and community spirit.

Maybe the battle isn’t lost after all.

Chicagolicious has all the ingredients for an enjoyable new reality series. The setting—a Chicago hair salon—is full of beautiful people and potential conflicts. And the cast of characters is a hoot, with big personalities to match the big hair. Salon owner AJ is a hustler who’s bucking for a national reputation. New makeup artist Katrell butts heads with veteran stylist Valincia, providing the series with its requisite catfights. All it takes is Katrell implying that Valincia has missed “flyaways” on a hairdo to kick off World War III. 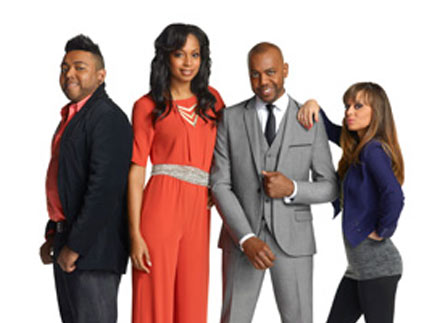 Chicagoliscious is set in a Windy City hair salon.

The most original character is MaCray, the salon’s “extension specialist.” He’s a huge, flamboyant gay man with a weakness for strange shoulder wear. “I have no shame to my game,” he says, stating the obvious.

Indeed, anyone expecting shame had best stay far away from Chicagolicious. The rest of us can just sit back and enjoy.