Marina Abramovic is called the Grandmother of Performance Art, but she’s not like any grandmother I’ve ever known. In the documentary Marina Abramovic: The Artist Is Present (Monday, 8 p.m., HBO), Abramovic shows that she is still committed to messing with our minds after a long and painful career in the artistic trenches. And I mean “painful” quite literally. Abramovic’s canvas is her often naked body, and she has submitted it to slapping, fasting, whipping and other indignities to challenge our notions of reality. 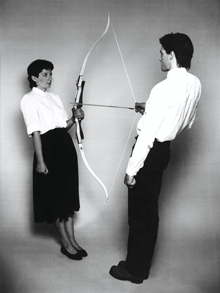 That makes her sound like a madwoman, but the Abramovic we meet is down-to-earth, droll, even self-deprecating. We learn what makes her tick and what her work signifies on the eve of a retrospective at the Museum of Modern Art. As a TV critic who watches the same-old same-old every day (sitcoms, cop shows and other formulaic entertainment), I appreciate her fervent desire to make us see life afresh. After experiencing her work, you’ll never again take sitting in a chair or walking through a doorway for granted.

I only request that, after you finish reading this blurb, you slather it with mustard and eat it.

This new sitcom has a very old premise. A baby is dropped on a guy’s doorstep, meaning he and his two male sidekicks must fumble with diapers, bottles and other unmanly domestic tasks. Baby Daddy exploits our weakness for gender stereotypes, not to mention cute baby antics. The soundtrack fills with awwww’s whenever little Emma smiles at the silly men trying to take care of her. Could there be a cheaper sitcom ploy?

At least, that’s what I thought at first. But cast members Chelsea Kane, Jean-Luc Bilodeau and Tahj Mowry won me over with their comic skill. And, dammit, that baby really is adorable. I’m just going to set aside all pretense of critical detachment and end this review with awwww….

In this dating series, one dude after another tries to impress a bunch of dimwitted women standing at consoles. If he’s not hunky enough, they switch off the console’s light. “If you’re not td onurne, turn off!” brays host George Lopez. 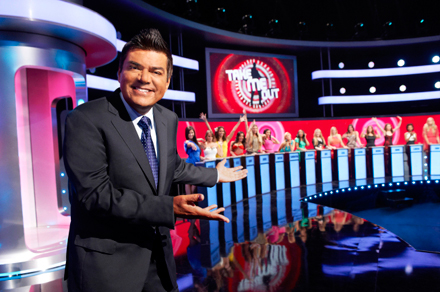 Lopez is just awful in his role as the so-called Love Doctor. He seems to think his jokes are funny just because they’re raunchy. “Let the hot dog see the buns!” he shouts by way of introducing another piece of beefcake to the ladies.

I’m ready to sue the Love Doctor for malpractice. 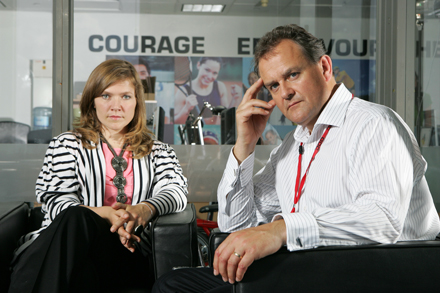 As the world counts down to London’s 2012 Olympics, so does British TV, in its inimitable way. This Office-like sitcom takes us inside the London commission tasked with pulling off the games, from branding to managing traffic flow. The joke—so deadpan it’s devoid of any obvious punchlines—is that Britain can’t do anything right. Our bureaucratic heroes take themselves seriously, as does the mock-somber narrator, and they all maintain their serious façades even as the wheels fly off the bus.

Led by Hugh Bonneville of Downton Abbey, the cast members effortlessly nail their character types, including the pretentious PR expert who doesn’t really know what she’s talking about and the infrastructure expert in a perpetual state of panic.

Twenty Twelve proves that Britain can do at least one thing right: make fun of itself. 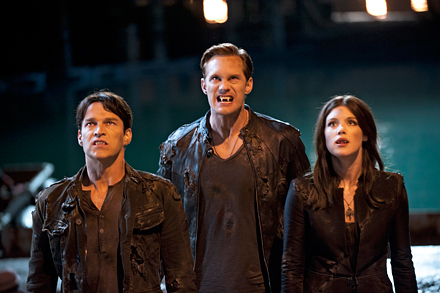 TV series don’t get more wonderfully lurid than True Blood, in which vampires and humans coexist thanks to a new synthetic blood. This mass-produced product lets people off the hook as a nutritional source—at least in theory. So far, season five has had no shortage of the old fangs-in-the-neck maneuver, including a spectacular example this week. Tara (Rutina Wesley), newly turned into a vampire, is presented with a young maiden whom she resists at first. “Don’t you realize I was human three days ago?” she asks her “maker,” Pam (Kristin Bauer van Straten). “I can’t look at another person like she’s dinner!” In True Blood, however, “humanity” comes and goes. In this instance, it goes. 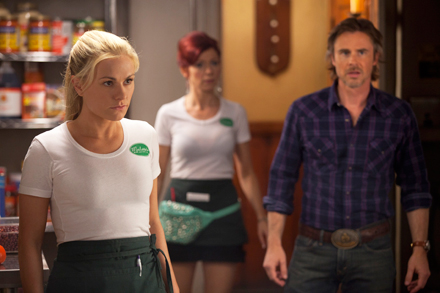 Meanwhile, hapless heroine Sookie (Anna Paquin), the Louisiana waitress and faerie, is wrestling with her conscience. She has committed murder and, unlike many of the other characters, can’t just shrug it off. “I’m sick of lying and covering and ruining people’s lives!” she sobs to brother Jason (Ryan Kwanten).

She may be sick of it, but I’m sure not. I hope to watch Sookie lie, cover and ruin people’s lives for many seasons to come.