The would-be retirees are initially disoriented by an India full of contrasts in The Best Exotic Marigold Hotel (Fox Searchlight).

I was afraid that The Best Exotic Marigold Hotel would be a downer about senior citizens passively parked in their final destination. Instead, it’s a delightful comedy fueled with optimism, and is anything but passive. Based on Deborah Maggoch’s 2004 novel These Foolish Things, it features one of Hollywood’s mightiest cast ensembles, including Judi Dench, Maggie Smith, Bill Nighy, and Tom Wilkenson. And with a cast of this caliber directed by John Madden (The Debt, Shakespeare in Love), it’s no wonder the movie hums. 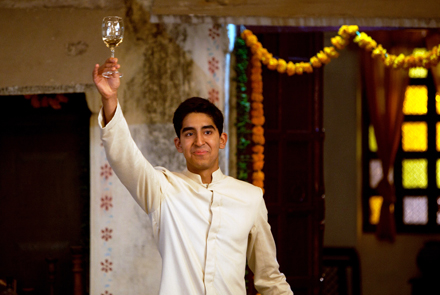 When a disparate group of British retirees emigrate to the luxury Marigold Hotel in Jaipur, India, for a comfortable, inexpensive retirement, they discover that the advertised photos displayed the glory days of a long abandoned hotel that is now a rehab emergency. Dev Patel (Slumdog Millionaire) plays Sonny, the young hotel owner who dreams of restoring the Marigold to tip-top condition. But his dream doesn’t help these retirees who abandoned their lives in England. And each has a back story that shapes the way they deal with their surroundings and life in an extremely foreign country. 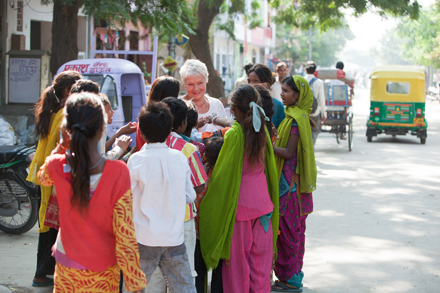 Judi Dench on the streets of Jaipur in The Best Exotic Marigold Hotel (Fox Searchlight).

Marigold Hotel delivers some fine writing, especially the voiceover narratives by Dench’s character Evelyn, as she blogs impressions of the uninitiated visitor to India. The vivid narratives, probably drawn straight from the novel, capture the striking vision of bright colors, the loud noise, the poverty, the rich customs and peculiarities. Because whether Westerners find India enchanting, alarming, or both, they will be as consumed by its contrast as Thor was when he landed on earth. 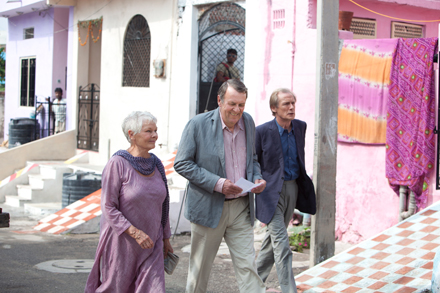 Marigold Hotel has some weaker moments, like the story line that takes liberties with India’s traditional social culture and its tolerance of modern freedoms. And Patel’s loud, un-modulated hyper-speak throughout the film grows tedious. And the script is guilty of a few clichés. Nevertheless, Marigold Hotel works because it makes us laugh and think, and has us rooting for each of the British ex-pats who try to feel at home in such unfamiliar territory. Rather than being an old-age downer, the movie leaves us buoyant. It presents the characters with unexpected opportunities, and if they’re willing to take them, a renewed sense of purpose. This message is important to viewers of all ages, but especially over 50. Because even in the Golden Years, life can present new directions. And we don’t have to go to India. We just have to be up for an adventure.  B+