Showtime’s The Franchise (Wednesday, 9 p.m.) takes us behind the scenes of a sports franchise, right in the middle of a season. This year it’s the Miami Marlins, who were expecting big things for 2012. They have a new stadium, a new name, new uniforms, new stars and a new manager in the foul-mouthed Ozzie Guillen. Owner Jeff Loria hoped the Marlins would be the talk of baseball.

They have been, but for all the wrong reasons. In April, Guillen lived up to his unfiltered image by bluntly expressing his love for Cuban dictator Fidel Castro. As a commentator points out, “He said the one thing you can’t say in this market.” We get to watch all hell break loose, with Guillen suspended, management losing its mind and Florida fans picketing the ballpark.

Guillen is the sort of blowhard you’d avoid like the plague in real life. As the central figure in a TV series, however, he’s fascinating. I can’t wait to hear his views on Stalin and Mao as the season progresses. 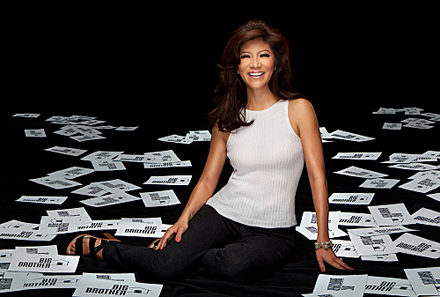 Do we really need to watch another group of airhead exhibitionists live together in a sealed-off house, sniping at one another through a series of eliminations as the cameras track their every move?

In a word, yes. Big Brother taps into our primal need to spy on people’s interactions, no matter how banal. The new season features the usual bonding and betrayal among some of the most obnoxious people on reality TV. For true hard cases, Showtime presents a nightly feed, with the cameras switched on from 11 p.m. to 2 a.m. 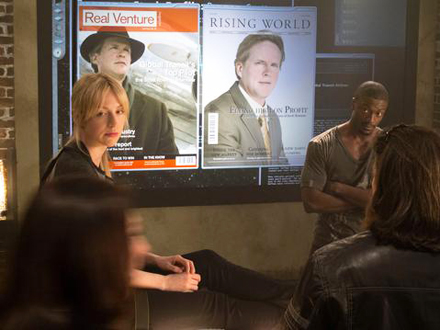 At the start of season five, Timothy Hutton’s irresistible team of grifters return from their various vacations, ready to con a new season’s worth of cartoonish bad guys on behalf of their innocent victims. While on break, gadget guru Hardison (Aldis Hodge) and master burglar Parker (Beth Riesgraf) made plans to open a brew pub, which will sell beer called Thief Juice in honor of their profession.

But in the meantime, the crew members gets to work foiling a corrupt airline owner (Carey Elwes) with an elaborate plan that involves stealing the famous Spruce Goose airplane. Throughout season five, they’ll also work their scams against a nefarious hockey team owner (Treat Williams) and a money-laundering businessman (Matthew Lillard).

I’d watch any con these guys care to try. Hell, I’d even drink Thief Juice if it ever comes on the market.

I was excited about Political Animals. The short-run series features Sigourney Weaver as a Hillary Clinton-style Secretary of State married to a Bill Clinton-style former President (Ciarán Hinds) and hounded by a Maureen Dowd-style journalist (Carla Gugino) in search of family secrets. After HBO’s brilliant Game Change, I hoped it would offer even more insight into the power plays behind D.C.’s respectable façade.

If only. The series turns out to be crudely written and acted, with no more insight into D.C. than you or I have. The characters are reduced to one note apiece—the Cynical Harridan, the Clownish Philanderer—and none of those notes are in the right key.

In the absence of believable characters and plotlines, Political Animals tries to shock us with the profane language politicians use behind closed doors. But, of course, we’ve been pretty un-shock-able in this regard since the profane Nixon White House tapes came to light almost 40 years ago.

Come to think of it, listening to those stomach-turning Nixon tapes would be more enjoyable than watching Political Animals. Yep, it’s that bad.

Trust Us With Your Life
Tuesday, 8 pm (ABC) 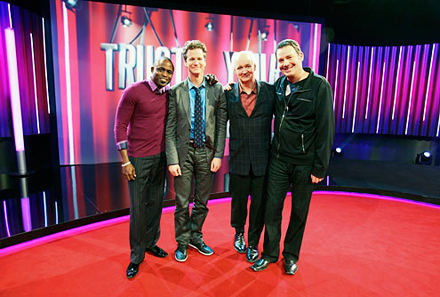 ﻿Wayne Brady, Jonathan Mangum, Colin Mochrie and Brad Sherwood from Trust Us With Your Life.

This new improvisational comedy series follows in the footsteps of Whose Line Is It Anyway? Host Fred Willard interviews celebrities, and a team of improvisers use the information to act out scenes from their lives. The people on the hot seat can’t help but laugh as the comedians make them look silly, and neither can we. In mid-scene, Willard instructs them to start rapping, or to play Elvis, or to recast the bit as a Jerry Springer episode—anything to make you squirt milk through your nose.

As with all improv, the jokes in Trust Us With Your Life are hit-and-miss. But they guys have enough hits that I’m prepared to Trust Them With My Summer.