Vito Russo isn’t a household name, but he still deserves a spot on the Mount Rushmore of pioneering gay heroes. The documentary Vito (Monday, 8 p.m., HBO) tells the story of a boy who grew up with outrageous prejudice in the 1950s and ‘60s, then became an indomitable activist in the 1970s and ‘80s. Russo was a key figure in organizing a gay rights movement following the 1969 Stonewall Riots, aided by tremendous charisma and eloquence.

“In the middle of the river, he went and he changed the current,” a colleague says. “You know how hard it is to do that?” 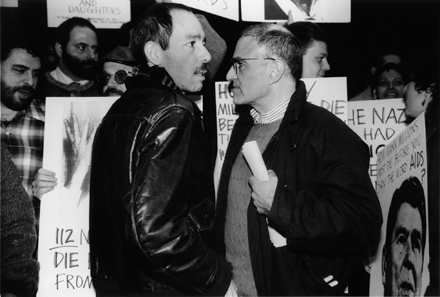 Russo insisted on gay equality and gay pride at a time when, as Mike Wallace puts it in an archival TV clip, “Surveys show that most Americans are repelled by the very notion of homosexuality.” He spearheaded protests and wrote the seminal study of Hollywood homophobia, The Celluloid Closet. Russo didn’t slow down even after contracting AIDS in the 1980s. He founded GLAAD and ACT UP and, in heartbreaking footage, demanded that the negligent U.S. government take AIDS seriously while dying from the disease.

Russo’s cousin says of this final period, “I never saw such courage in my life.”

That makes two of us. 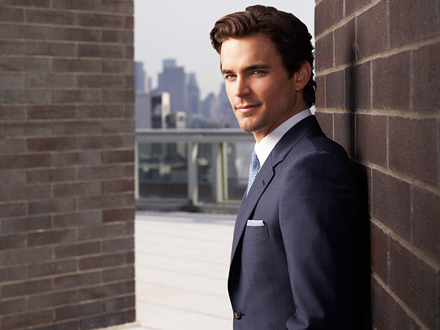 White Collar
Tuesday, 8 pm (USA)
I’d initially resisted this series about FBI agent Peter (Tim DeKay), who consults with crook Neal (Matt Bomer) for his insight into other crooks. That’s a familiar premise, but, checking in with season four, I see that White Collar is making it work. You can’t underestimate chemistry: Bomer and DeKay make for a witty and appealing pair. You also can’t underestimate deep blue eyes and a jaw line to die for. Yes, Bomer is perhaps the most beautiful camera subject on cable TV. 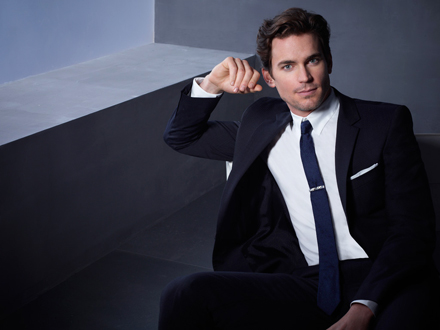 You might want to see another photo of Matt Bomer in White Collar.

In this week’s episode, Peter has been demoted for crossing the line on Neal’s behalf. Neal tries to redeem him by setting up a con on a notorious thief, allowing Peter to play the hero. It’s silly TV-cop stuff, but before you know it, White Collar has conned you, too – out of an hour of your time.

Unlike the thief, you won’t mind at all.

The Soul Man
Wednesday, 9 pm (TV Land)
Cedric the Entertainer proves true to his name in this new sitcom about Boyce Ballentine, a star soul singer turner preacher. Boyce asks God if he made the right decision in changing careers, and it’s certainly a relevant question. He’s now a man of the cloth, but he’s also still the man who sang the raunchy “I Wanna Have Sex Wich You.” His struggles with the new gig have all sorts of comic possibilities, especially given that Boyce’s wife (Niecy Nash) is way too flashy for church.

The cast members work beautifully together, with everyone taking turns deflating Boyce. I might wish for a higher percentage of funny punchlines, but I trust the Lord will provide.

Sullivan and Son
Thursday, 9 pm (TBS)
Corporate lawyer Steve (Steve Byrne) returns from New York City to Pittsburgh, where his dad runs a cozy working-class bar. Over his power girlfriend’s objections, he decides to leave his high-flying job at an investment bank to take over the bar himself.

We’re supposed to applaud Steve’s choice, in this new sitcom’s crude calculus. New York City + Power Girlfriend + $$$ = Bad. Pittsburgh + Salt-of-the-Earth Barflies + Eking Out a Living = Good. I might have bought in were not those salt-of-the-earth barflies so off-putting. They’re drunkards, bigots and morons – and not lovably so, as the filmmakers seem to think.

After a half-hour, I’d begun to relate to the barflies in spite of myself. It’ll take a few stiff drinks to get through another episode of Sullivan and Son.

Forensic Firsts
Sunday, 8 pm (Smithsonian Channel)
This series is a strange hybrid. It re-creates gruesome historical crimes, with actors in vintage clothes and fake beards. That’s standard for cable-TV trash, but Forensic Firsts also mixes in a PBS-style educational element. A voiceover explains the significance of the sleuthing techniques involved in each investigation – for example, ballistic evidence in this week’s episode. In other words, the series is for all of you viewers who like your sleazy true-crime stories packaged with high-minded narration.

I happen to fit that profile myself, so bring on the fake beards.

Hit One for Fidel: Marlins' Ozzie Guillen is the Talk of Baseball | Miami Marlins Manager Ozzie Guillen Puts His Foot in His Mouth in The Franchise