I hope you’re not letting the Olympics distract you from Breaking Bad’s final season. This is TV history in the making, folks. The series is a profound investigation of corruption—the corruption of a single man’s soul. And the new episodes (Sundays, 9 p.m., AMC) suggest that Breaking Bad will work out its morality play with brutal integrity. If you want happy endings, maybe you should switch back to the Olympics.

Walt White (Bryan Cranston) initially had his justifications for becoming a New Mexico meth dealer. He was terminally ill and, as a low-paid high school teacher, needed money to leave to his family. In season five, though, justifications are in short supply. Like Macbeth, Walt is drunk with power. He’s obsessed with becoming the king—or, in modern parlance, the drug kingpin. Walt’s wife, Skyler (Anna Gunn), and kids are still around to remind us of his humanity, but his connection to them grows ever more remote. The long silences at home crackle with tension, forcing Skyler to say, “I’m scared of you.”

Breaking Bad should scare all of us as we contemplate the monster lurking inside an ordinary human being.

We’ve spent the last week watching nonstop diving, gymnastics and swimming. We’re exhausted, but we have to keep up our strength somehow. This week’s Olympics coverage includes must-see medal events in basketball, soccer and track. Mercifully, the schedule also features competitions that only a few people care about – water polo, badminton, handball — so the rest of us can take a much-needed nap.

I never thought I’d say this, but God bless badminton.

Reality TV has gotten us used to seeing Beverly Hills from the wealthy people’s perspective. By contrast, this new series offers the p.o.v. of nannies who make $20-$40 an hour caring for the wealthy people’s spoiled children. You might expect these young women (and a few men) to be more appealing than the Real Housewives and their filthy-rich peers. But no, they’re just as off-putting, even without the breast implants and sports cars. They spend most episodes bitching about their employers and their pay. They brag about themselves and make fun of others. 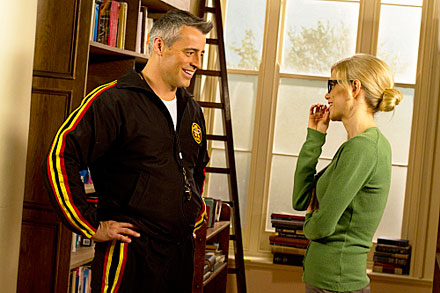 Entourage was the king of recent Hollywood satires, but Episodes has deposed it. In its second season, the half-hour series follows a sane British couple (Stephen Mangan, Tamsin Greig) who were lured to Tinseltown to translate their sophisticated TV show for an American audience. Sophistication, of course, is the first thing that went out the window, followed by the couple’s sanity. After tampering by the ratings-obsessed network head (John Pankow), they somehow ended up with a show called Pucks!, starring Matt LeBlanc as a high school hockey coach. 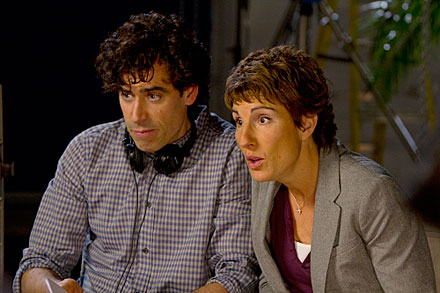 LeBlanc, as a fictional version of himself, would win the Golden Globe for Best Sport in a TV Comedy if that category existed. He plays a dumb, crude actor who, in this week’s episode, can’t convince any of his former Friends costars to make an appearance on Pucks! since they all hate him so much. In the interest of getting laughs, LeBlanc allows himself to look like the worst kind of Hollywood creep, and you can’t help wondering if he really did pee on Jennifer Aniston’s Emmy.

Yes, the Hollywood-made Episodes comes to bury Hollywood. But in the act of doing so, it also redeems Hollywood, to a degree. After all, an industry willing to satirize itself this viciously can’t be all bad. 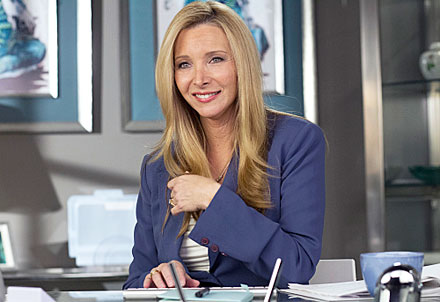 Even with her many awards and her long-running hit series Friends, I feel that Lisa Kudrow is undervalued. Her movie career never really took off, nor did her TV career post-Friends. But that doesn’t mean her comic skills have declined. Kudrow’s current show, Web Therapy, is a hilarious vision of a vain, selfish, pompous, dishonest therapist – a character reminiscent of the aging actress she played on her tragically short-lived HBO series The Comeback. 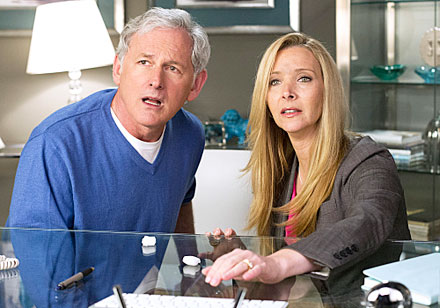 Here, Kudrow’s Fiona Wallice pioneers a bogus web-chat form of therapy. While nominally concerned about her patients, Fiona obsesses on her looks and her husband’s political career in a series of interactions improvised by the actors. Guest stars like Meryl Streep and Rosie O’Donnell play people who are just as awful as Fiona—the kind of awful people you just can’t wait to spend more time with, that is.

The Dark Knight Rises | A Thrilling End to a Superhero Trilogy