British chef Gordon Ramsay has made a specialty of yelling at food-service folks in the reality series Hell’s Kitchen, MasterChe,f and Kitchen Nightmares. Looking to expand his yelling franchise, he branches out to hoteliers in the entertaining Hotel Hell (Monday, 7 p.m., Fox). Ramsay travels the country to help struggling innkeepers—a.k.a. sitting ducks.

The first victim is Vermont’s Robert Dean, the owner of a supposedly elite country inn. Dean is portrayed as a perfect ass—highhanded with his staff, careless about his service, clueless in his interior decorating.  Ramsay is particularly horrified by the inn’s restaurant, which charges astronomical prices for substandard fare. He holds up a piece of overcooked goose liver as if it were radioactive waste.

Ramsay finally reaches his boiling point during a crowded dinner in which the kitchen descends into chaos, serving inedible food at a snail’s pace. “Are you always this pathetic!?” he screams at Dean, right where diners can hear him. “Disrespectful, disgusting man!” The cusswords fly at high decibels.

The criticism is richly deserved, though one suspects that Ramsay’s temper tantrum will drive away any remaining customers who weren’t scared off by the food. So much for helping.

Wakebrothers
Wednesday, 10 pm (MTV)
MTV’s new reality series chronicles the sibling rivalry between young wakeboarding champs Bob and Phil Soven. Older brother Phil is the cool one. He’s good at just about everything, and when he happens to encounter something he’s not very good at, he simply calls it “stupid.” Bob, by contrast, is a redheaded goofball with minimal impulse control.

It’s fun to watch these two tease and torment each other nonstop. They see who can do the craziest wakeboarding tricks and insult each other’s sexual prowess. Even in their 20s, they proudly wallow in immaturity—because, as Phil would say, maturity is “stupid.”

This reality series takes us to yet another quirky workplace: a Georgia security company filled with grotesques. It’s run by a sixty-something oddball named Joan, who’s lathered in makeup. (Note to the cameraman: back up about six steps, please. We don’t need to count every gooey eyelash.)

The good thing about Small Town Security is that Joan comes across as a real person, not a Real Housewife-style model “playing” a real person. The bad thing is that she doesn’t have a lot of charisma, contrary to what she thinks. She’s convinced she could have had a career as a singer or movie star, but her entertainment-free show on local public access TV suggests otherwise.

Small Town Security acknowledges that its subjects are preposterous, cutting in animated scenes that ridicule the things they do and say. I appreciate the gesture—it saves you the trouble of ridiculing them yourself.

Over seven seasons, Kyra Sedgwick has refined the role of Brenda Leigh Johnson, deputy chief of an LAPD homicide division. Early on, she played the character broadly, with a stagy Southern accent. But in this week’s series finale, we can appreciate how compelling Brenda has become. 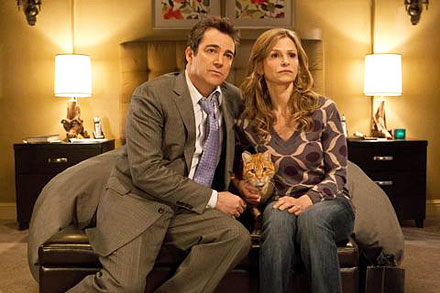 The season finale of The Closer.

The episode begins with her team investigating a serial killer’s latest murder, and Brenda can barely contain her righteous anger. Once again, she suspects her nemesis—sleazy lawyer Philip Stroh (Billy Burke)—of committing the crime, and this time she has an eyewitness. Throughout this magnificent hour of TV, Brenda displays sympathy, vulnerability, courage and recklessness. Finally, as a complement to that righteous anger, she displays righteous restraint.

This reality series is intriguing on paper. The women in a small Southern town take off en masse for a week, leaving the menfolk behind to contemplate a world without wives, mothers and girlfriends. 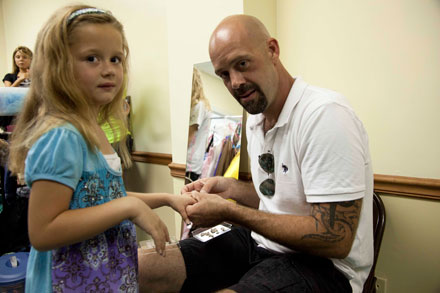 In practice, though, The Week the Women Went is borderline offensive. It does women no favors, affirming rigid gender roles. Haven’t we moved beyond seeing women as helpmeets? Or as goddesses to put on a pedestal? Or as the daughters of Eve, bringing woe to the world?

I can live without The Week the Women Went.