With Crossfire Hurricane (Thursday, 8 p.m., HBO), the Rolling Stones have produced a worthy 50th-anniversary documentary. It chronicles their journey from being “the band everybody hated to the band everybody loves,” in Mick Jagger’s words. We learn that the group consciously set out to become the bad-guy counterparts to the Beatles in the mid 1960s. “The Beatles got the white hats,” says guitarist extraordinaire Keith Richards. “What’s left? The black hat.” 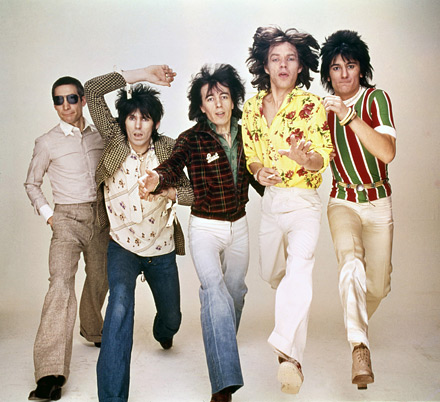 For over a dozen years, the Stones earned that black hat by causing riots, getting busted, and taunting the straight world with their hedonistic behavior. The incredible footage puts you on stage and backstage in the center of the storm—the “crossfire hurricane” of the title. The documentary is nothing like the one the surviving Beatles made about their own experience, as the Stones don’t provide the same level of insight into themselves or their times. What they do provide is a visceral thrill—the thrill you can get only from diabolical musicians creating art outside the normal social boundaries.

The thing that sets the Stones apart from other blues-based poètes maudits—from Robert Johnson to Jim Morrison—is their knack for surviving into old age. “Usually the guy in the black hat gets killed in the end,” says Richards. “Not this time, brother.”

When most of us go into debt, we cut back on expenses, maybe work a few more hours. Scott and George take a different approach: They head to the Ghanaian jungle to dig for gold. In this reality series, the driven young protagonists leave family and friends for a dangerous environment where the chances of striking it rich seem shaky at best.

Though Scott and George are oblivious, portents of doom abound: impassable roads, natives with machetes, armed poachers on the patch of land they bought from a local tribe. Plus, anyone with even a glancing knowledge of pop culture would realize that an obsessive search for gold can only lead to disaster. Did none of Scott and George’s friends think to screen Treasure of the Sierra Madre for them? 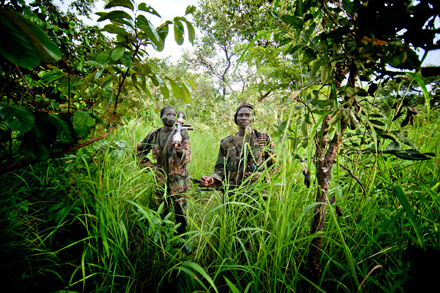 This extraordinary documentary series follows war photographers into global conflict zones. It’s scary enough just sitting at home and watching the footage – I can’t imagine what it’s like to be the photographer braving danger in Africa or Brazil, with the simple goal of showing the world the truth.

In this week’s installment, we get close to French photographer Veronique de Viguerie as she tramps through the bush in South Sudan, chronicling a local militia’s brave fight against the brutal Lord’s Resistance Army. De Viguerie is fearless and resourceful, not to mention pregnant. “Some people say I am crazy to go there pregnant,” she says in her imperfect English. “But all over the world there are millions of women when they’re pregnant doing really hard work. And if they can do it, why I cannot do it?”

It’s not easy to take in the grisly images here, but you feel guilty looking away. As de Viguerie might say: If she can put herself in danger to tell an important story, why we cannot watch it? 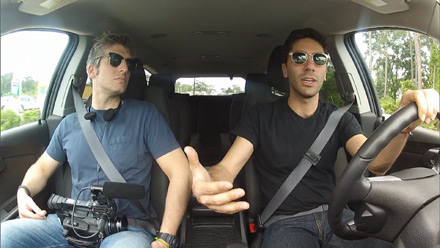 Sigmund Freud insisted that “anatomy is destiny.” But is that still true in the Facebook era, when you can create a profile with a glamorous fake photo, then get someone to fall in love with this persona over the Internet? You’ve readjusted your anatomy, and perhaps your destiny.

Nev Schulman’s Catfish, a TV series based on his 2010 documentary of the same name, sets out to explore the mysteries of digital dating. Each week, Schulman and his crew meet people involved in online-only relationships and help them figure out if their beloveds are authentic. You might expect a glib, sneering tone, similar to other TV dating shows, but Schulman is an earnest type who takes the lovers’ feelings seriously. (In the original documentary, he himself got burned by an online fake, so he knows what it’s like.) That leads to poignant moments, as when a guy discovers that the impressive blond beauty he fell for online is really an overweight high school dropout with self-esteem issues.

“I couldn’t handle the depression anymore,” the faker admits, “so I had to figure out something to make myself happy.”

Catfish makes you feel sympathy for both the liars and the lied-to, and that’s an achievement. Steel yourself for an emotional hour of TV. 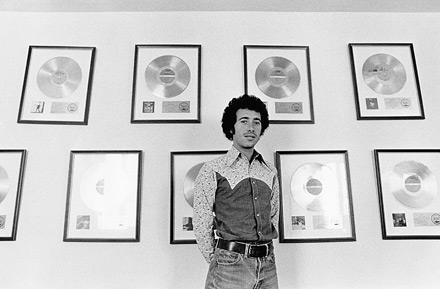 “Inventing David Geffen” tells the remarkable story of a Brooklyn nobody who worked his way up from the mailroom to become one of the most important media moguls of our age. Through sheer force of will, Geffen turned himself into a successful agent for key 1960s and ‘70s rock stars. He founded Asylum Records with the idea of nurturing creative talent in a way that had never been done before. After that, he moved on to even bigger success in the music and movie business, confounding the skeptics at every turn. In fact, to Geffen, confounding skeptics was almost as much fun as making billions of dollars.

As you can imagine, a guy this ambitious has a dark side. “Don’t get into a fight with David,” says David Crosby. “He never forgets, he doesn’t give up, and he always wins.” While interviewees attest that Geffen will move heaven and earth to help a friend, they also acknowledge that he will work just as hard to punish an enemy. And occasionally, those enemies are former friends. The most depressing incident recounted here is the time Geffen sued his buddy and label star Neil Young for turning in albums that didn’t sound the way he thought Neil Young albums should. 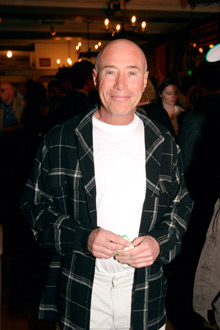 Well, you take the good with the bad. “Inventing David Geffen” emphasizes the good, including Geffen’s charitable work and his genius for bringing significant artworks into being. One comes away from the program respecting the man as well as fearing him. I just hope nothing I’ve said in this review puts me on his bad side.

How to Make a Gingerbread House: Tips, Tools, and Recipes for a Candy Masterpiece