Sam Hunter (Melissa George) tries to figure out who sold her out in Hunted. (photo: GIles Keyte)

While other critics were obsessing on Homeland, I urged you to watch Hunted, an even better spy series about a troubled female heroine. After this week’s thrilling conclusion (Friday,Dec. 7, 9 p.m., Cinemax), I know you will want to thank me in some way. Chocolates are always nice.

Sam Hunter (Melissa George) is an operative for a private company specializing in espionage. She’s gone undercover in the home of a ruthless tycoon, trying to undermine him right under his nose. Though Sam is a cold-blooded professional, her mission is complicated by human feelings – specifically, her concern for the tycoon’s innocent young grandson, who might end up in the line of fire. This vulnerability could well be her undoing.

Indeed, many things could be her undoing. Sam is haunted by memories of horrible events she can only dimly remember, threatening her effectiveness. She is in danger of being betrayed by her own company, which cares more about pleasing its client than about keeping her alive. After 45 minutes of bombs, gunfire, poison, betrayal, regrets, revelations and changes of heart, the series comes down to a heart-wrenching last few minutes, involving death, rebirth…and maybe death again. 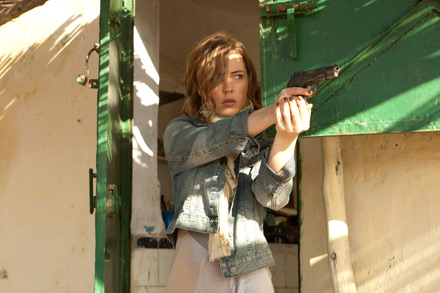 I’m dying to tell you what happens to Sam, but the bylaws of the TV Blurb Writers Association forbid it. All I’ll say is that, when the credits rolled, I involuntarily whispered, “Wow.” 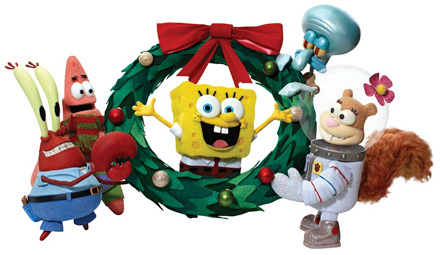 SpongeBob SquarePants takes a turn for the tactile with this holiday special, which renders the cartoon characters as 3D via stop-motion animation. Luckily, the series’ inimitable combination of cynicism and innocence doesn’t get lost in the translation.

Set in the underwater community of Bikini Bottom, the story finds the villainous Plankton dosing fruitcakes with an element called jerktonium. It causes everyone to turn into a jerk, thus making Plankton look comparatively good to Santa (voiced by John Goodman). The transformations are hilarious, with the characters developing stubble and mean-looking eyes. Only SpongeBob is immune, due to his “small brain and pure heart.”

If you’re not smiling by the final musical number, I suggest checking for jerktonium in your own system. 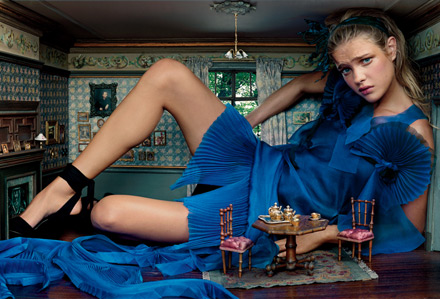 Coinciding with the 120th anniversary of Vogue magazine, HBO’s In Vogue: The Editor’s Eye takes a look at some of the world’s most influential fashion images. (photo © Annie Leibovitz)

Vogue magazine marks its 120th anniversary with a documentary celebrating its fashion editors – a group of larger-than-life women who work with photographers to create those iconic images. We hear behind-the-scenes stories that make Vogue sound like a big dysfunctional family. Models cry; celebrities fume; editors throw things. “The fashion department was possibly one of the most alarming places on the planet,” says staffer Hamish Bowles. 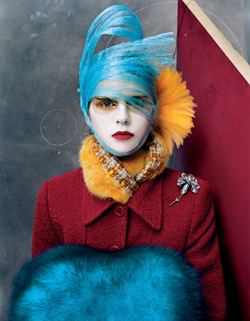 From In Vogue: The Editor’s Eye (photo © Steven Meisel)

But the images that parade across the screen make you think it was all worth the trouble. Vogue editor in chief Anna Wintour argues that the best fashion editors hold a mirror up to the Zeitgeist, so that the photographs are about more than mere frocks. Cover girl Nicole Kidman ventures a psychological explanation for the power of Vogue’s glossy pages: “They give us access to another world; they give us access to dreams.”

Here’s to an hour’s worth of dreaming. 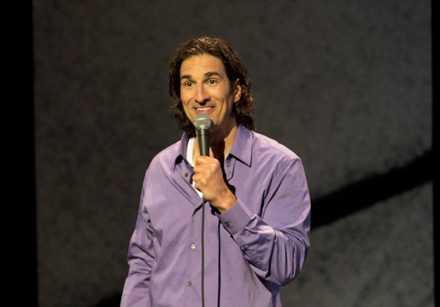 Gulman offers one of the best standup comedy specials I’ve seen in awhile. He doesn’t have a nasty bone in his body, but instead seduces you with gentle absurdity. Adopting an awkward persona, he creates a world of predatory Blockbuster stores (“how did they go out of business with my $60,000 in late fees?”) and Netflix accounts that make wildly misguided video-rental suggestions. He portrays himself as a cheapskate who freaks out when his date orders a menu item at “market price,” forcing him to discreetly ask the waiter, “Just out of curiosity, not because I can’t afford it, but what did lobster close at today?”

It’s so fun wallowing in Gulman’s alternate universe that I resented having to return to reality at the end of the hour.

Tori Spelling camps it up as a comic villain in this enjoyable Christmas movie. She’s a larger-than-life mean girl named Marcy, in charge of a singing group that plays a holiday show at the mall every year. Sweet, talented Holly (Tia Mowry) really wants to join the group, affording Marcy the pleasure of turning her down. But Holly goes on to form her own singing group, the Mistle-Tones, which might just take the mall by storm.

I know this plot sounds dumb, but The Mistle-Tones knows it, too. It makes fun of the holiday-movie genre while also delivering a perfect specimen. Mowry is an appealing presence, and the musical numbers put some funk in the fa-la-la.

Then there’s Spelling. Anyone who can upstage Scrooge at this time of year deserves our respect.

Most of the time, I love TV’s new commitment to ambiguity and moral relativity in such series as The Sopranos and Breaking Bad. But during the December holiday season, I really want to see things turn out the way they ought to. That’s what Hallmark Hall of Fame TV movies are for.

In Christmas with Holly, a hunky-but-sensitive Tom Cruise look-alike named Mark (Sean Faris) raises the six-year-old daughter of his recently deceased sister. Holly has been mute and withdrawn since her mother died, but she starts to come out of her shell when she wanders into a magical toy store run by Maggie (Eloise Mumford), a blond cutie who was left at the altar by her fiancé. Will Holly ever speak again? Will Mark and Maggie get together, despite his serious girlfriend?

My lips are sealed. All I’ll say is: Happy December.