Set against the backdrop of 19th-century France, Les Misérables tells a story of broken dreams and unrequited love, passion, sacrifice and redemption. Jackman plays ex-prisoner Jean Valjean, hunted for decades by the ruthless policeman Javert (Crowe) after he breaks parole. When Valjean agrees to care for factory worker Fantine’s (Hathaway) young daughter, Cosette (Seyfried), their lives change forever. With its story of the disenfranchised joining together to challenge corruption and demand change, Victor Hugo’s 150-year-old tale that inspired the world’s longest-running musical has never been timelier. Les Misérables brings its power to the big screen in director Tom Hooper’s sweeping and spectacular interpretation of this classic epic.

When director Tom Hooper (The King’s Speech) heard that William Nicholson was crafting an adaptation of Les Misérables, he felt ready to tackle it. 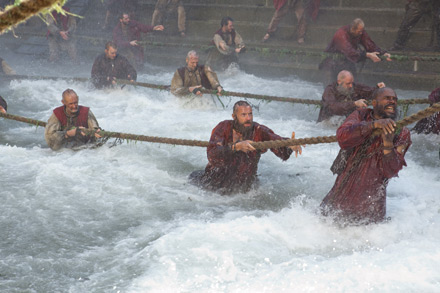 “A light bulb went off in my head,” Hooper says. “I thought it a really interesting idea.” Hooper had not seen the show but knew the music well and was intrigued by the period in which it was set. He wasted no time in going to see the musical.

“I saw it on a very hot day in August. There were those three or four moments where the nerves in my spine were set on fire, and it was extraordinarily emotional. I was struck by how unbelievably addictive the melodies were. Having seen it once, I could not get them out of my head. Claude-Michel had tapped into something very deep with the melodies, their patterns, the structures, and the motifs.” 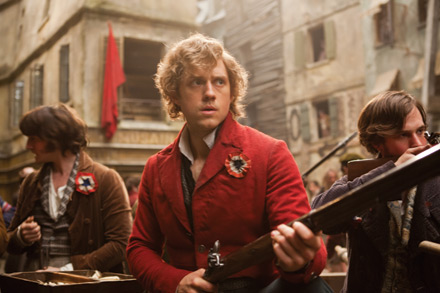 Around that time, Hooper met with Debra Hayward. “It was one of those great serendipitous moments that Tom came to see us just at the time Nicholson had delivered the script,” she says. “He read it, loved it and knew he wanted to do it.”

Hooper reflects that he was drawn to the material on many levels: “One of the things that was so exciting about doing The King’s Speech was the emotion it provoked in audiences around the world. It made me very much want to make my next film with a subject that would provoke even stronger emotions.” 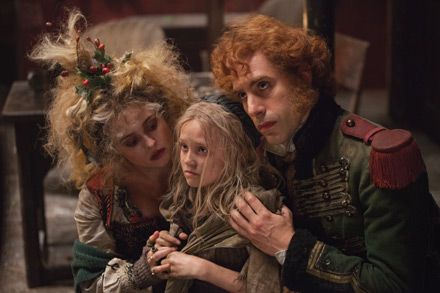 Moved to tears while reading Nicholson’s script on a flight from London to Los Angeles, Hooper knew that he had found his next film. “With the combination of how the musical made me feel and the effect the screenplay had on me, I thought there was an amazing opportunity to work in a very emotional way. I was drawn to the combination of this extraordinary story and the transcendence and pull of the music.” In spite of the powerful material they were inheriting, the filmmakers needed to go back to the story’s original source to fill in some of the gaps that appear seamless on the stage but would not be invisible on the screen. 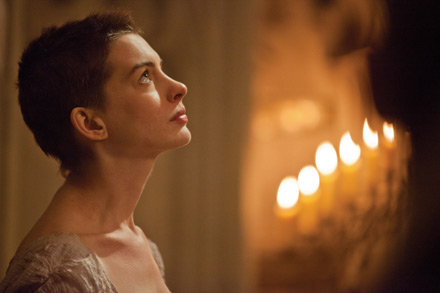 Says Hayward: “The book has been a great inspiration for Tom. It was a deceptively difficult adaptation, and whenever we encountered problems, we went back to the book and the answers were there.” Hooper concurs: “It’s a colossal and masterful work, and it was a great joy to have an excuse to read it and go back to it in adapting the material. The musical has been interpreted in a unique way for film. . . . There is tremendous elasticity in the work, and like all great literature, the language allows you to play with the meaning and the pace.” 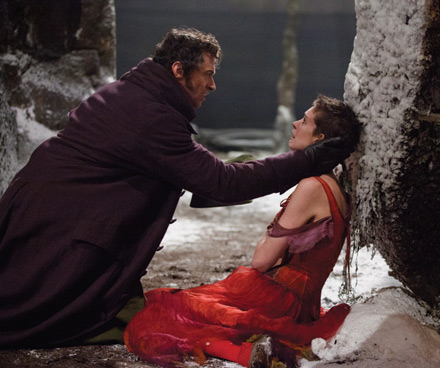 The first draft of the screenplay that Nicholson wrote was divided into dialogue interspersed with songs. Shares Hooper: “After a great deal of thought and reflection, I decided that I wanted to honor the musical’s through-sung form. I wanted to create an alternate reality on film where people communicate through song. So at that point, we welcomed the musical’s original creative team—Claude Michel Schönberg, Alain Boublil and Herbie Kretzmer—into the process of creating the screenplay as we asked them to write entirely new lyrics and create a new musical structure and a new song [“Suddenly”] inspired by the spoken dialogue Bill had written. It was a hugely exciting moment where we re-created the original conditions of the musical’s creation in order to interpret it newly on film.” 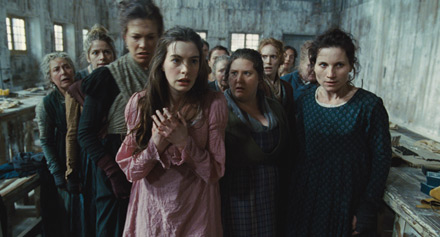 There was another major attraction for Hooper when he considered a filmic adaptation of a fully through-sung musical. He explains: “I wanted to take a risk and do something very different in a different genre. From the beginning, what excited me was the idea of doing it live. I don’t think I would have done it if it turned out not to be possible to direct the film live, because no matter how good the synchronization is of actors singing to playback, an audience can tell that there’s something unreal about it. It doesn’t feel connected to what is occurring on the screen.” 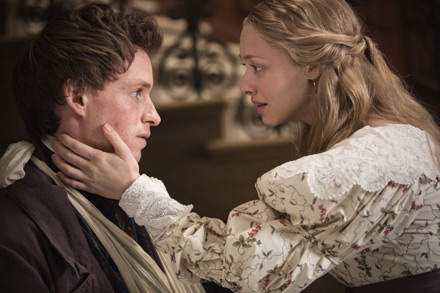 Says Mackintosh,  “The only way you can make this music work is by capturing it in the moment. That was one of the first things Tom said when he gave me the reasons why he wanted to do this. Plus, he loved the Les Misérables of it. With most of the other directors I’ve talked to over the years, they’d say, ‘I know how to do this song or that song; what I don’t know how to do is have Les Misérables sing.’ But that is what Victor Hugo’s novel is about; it’s about all of us, not just the story of Jean Valjean and Javert. I knew the moment Tom had grasped that, that this actually was the person who was going to find his own way of making the story and actually putting us all to work.”