The Jennings look like a typical family, but the parents harbor a big secret on The Americans. From left: Keidrich Sellati as Henry Jennings, Mathew Rhys as Philip Jennings, Keri Russell as Elizabeth Jennings, Holly Taylor as Paige Jennings. (FX © 2012 Craig Blankenhorn)

We’ve seen many dramas about married couples living a lie in the suburbs, with tensions cracking the cheery façade. The lie in The Americans, however, is bigger than most. Philip (Matthew Rhys) and Elizabeth (Keri Russell) are KGB agents passing as a normal American couple during the Reagan era, with two normal kids. The kids, in fact, really are normal, having been born in the U.S. and knowing nothing about their parents’ real identities. Elizabeth is troubled that they’re growing up without socialist values, but she would never blow her cover by telling them the truth. Philip, on the other hand, is beginning to wonder why the two of them don’t just flip to the American side and live happily ever after, sans murder and kidnapping.

The Americans (Wednesday, 9 p.m., FX) dares us to sympathize with the most unsympathetic of protagonists as they try to undermine our way of life. Sympathy is possible only because Philip and Elizabeth emerge as believable human beings, with doubts and fears and backstories. Besides the logistical problems of their lifestyle – including a snoopy FBI agent who’s moved in next door – they’re not quite an actual couple. The KGB arranged their marriage for the purpose of this mission, so they’re ambivalent about one another even after a decade-plus together.

Indeed, ambivalence is the keynote of The Americans. I can’t wait to work out my own mixed feelings about it over the course of the season. 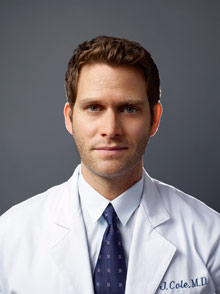 Dr. Jason Cole (Steven Pasquale) is an eminent surgeon and a solid citizen – at least for 12 hours a day. At night, his alter ego comes out to indulge in 12 hours of gleeful mayhem. Jason is all too aware of his nightmarish doppelganger and tries to keep him bottled up via experimental drugs. That just makes the bad Jason angry, so he sets out to ruin the good Jason’s life. 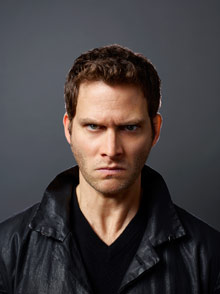 The good surgeon’s other side: bad Jason.

Do No Harm is an effective variation on Dr. Jekyll and Mr. Hyde. The new series makes you feel the good Jason’s distress, thanks to Pasquale’s brilliant performance. Actually, make that two brilliant performances. Pasquale is just as convincing as the bad Jason, scaring you to death with the prospect of pure id on the loose. The scariest moments are when the good Jason wakes up with only a vague sense that “he” has done something horrible.

“You will not see that side of me again!” he tells a freaked-out colleague who, he gathers, has been victimized by his alter ego. “I promise!”

Those of use who’ve read Dr. Jekyll and Mr. Hyde—or who’ve labored to bottle up our own bad selves— can sense the futility of that promise. 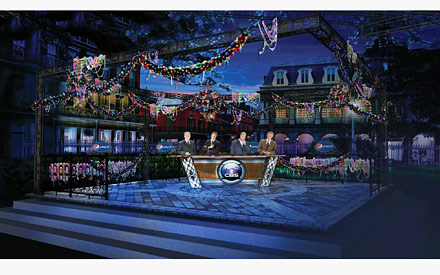 Two weeks ago, Beyoncé blew away the multitudes with her “Star Spangled Banner” at President Obama’s inauguration – live or lip-synched, who cares? Now she’s fixing to blow us away again with her Super Bowl halftime extravaganza.

I think we can all agree that the woman is capable of kicking any event to the next level. So why not hire her to sing at every important national telecast? Even next year’s State of the Union address might be watchable with a “Single Ladies” intro.

Over a creepy, ominous soundtrack, this documentary digs into the Catholic Church’s decades-long attempt to silence victims of sexual abuse. We’ve heard parts of this story before, but Mea Maxima Culpa distinguishes itself by focusing on the first known public protest against clerical abuse in the U.S. It was lodged by students at a Milwaukee school for the deaf, who had been sexually assaulted by the sinister Father Lawrence Murphy. Now grown, these men powerfully sign their testimony onscreen, with actors such as Ethan Hawke and Chris Cooper filling in the audio. They shed light on a coverup that stretches all the way to future pope Joseph Ratzinger.

Never has a creepy, ominous soundtrack been so justified.

Once upon a time, children, the broadcast networks poured money into multi-part dramas that America watched en masse. This week’s look at the miniseries genre recounts its shining moment, the eight-day broadcast of Roots in 1977. Business as usual ground to a halt – and even Las Vegas casinos closed – as citizens gathered around their TVs to see slavery as it had never been portrayed before.

“It did more than entertain,” says star LeVar Burton. “It served as a vehicle for enlightenment and empowerment.”

I’d love to watch a weekly backstage musical with solid songs, grand performances and intriguing drama. But the second-season premiere of Smash is a reminder that the songs are banal, the performances are bland, and the drama is preposterous.

As the starlet who plays Marilyn Monroe in a Broadway musical, Katharine McPhee has all the luster of an American Idol runner-up. Jennifer Hudson sings a couple of showstopping numbers that really do stop the show – they have nothing to do with the plot. Debra Messing’s character, who cowrote the Monroe musical, has one of the episode’s several melodramatic breakdowns: “Everything I’ve done has turned out so wrong!”

She said it, not me.