Alona Tal as Marti/Kelly and Kadeem Hardison as Paz/Ozon the pilot of Cult. ( Photo: Jack Rowand/The CW ©2012 The CW Network. All Rights Reserved)

Cult (Tuesday, 8 p.m., CW) offers one of the 2012-13 season’s most intriguing concepts. It’s about a TV series, itself named “Cult.” The show-within-the-show portrays a creepy cult run by a psycho who kidnaps and brainwashes his followers. “Cult” has inspired a legion of fans, some of whom go off the deep end in their obsession with clues and code words they detect in each episode.

Is the cult depicted in “Cult” the real deal, finding new members among the show’s fans? It sounds crazy to a reporter named Jeff (Matt Davis) until his brother – one of those obsessed fans – disappears after becoming a raging paranoiac. Jeff sets out to investigate along with a “Cult” crew member (Jessica Lucas), who wonders why the show’s producer is a mystery man never seen in public.

Cult is a wonderfully eerie creation, from the script to the score to the acting. To its credit, it gets under your skin with ideas and atmosphere rather than with shock effects and gore. I can imagine real viewers becoming obsessed with Cult in the same way that the fictional viewers become obsessed with “Cult.”

I’m an aficionado of TV series that take their own mystical mumbo-jumbo seriously. Zero Hour is a classic of the genre, throwing in Rosicrucians, Nazis, the devil, ancient Christian symbols, and treasure maps in a deliriously misguided attempt to be profound. Hank (Anthony Edwards) publishes a magazine that debunks supernatural phenomena, but wouldn’t you know that he’s plunged into the supernatural himself after his wife is kidnapped from her clock-repair shop by an evildoer seeking to end mankind. And what better way to set off the apocalypse than by stealing a clock created for one of Jesus’ apostles by an old Bavarian dude? 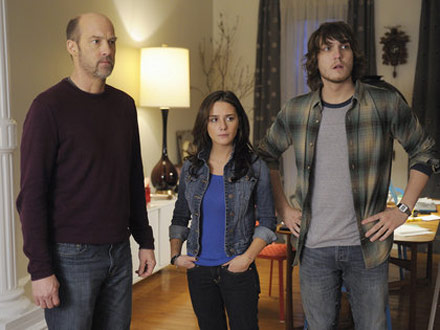 Zero Hour provides so much wonderful nonsense that I barely know where to start. Hank, his two scruffy young assistants, and an FBI agent with supermodel cheekbones engage in jaunty banter even with Hank’s wife missing and the Earth in peril. At the drop of a hat, the Bavarian clockmaker spills shocking Christian secrets to the scruffy young assistants, making you wonder how this stuff supposedly stayed under wraps for 2,000 years. “These are matters you don’t vant to be involved vith!” he warns.

Speak for yourself, old man. I vant to be involved vith these matters as long as Zero Hour lasts. But I’m guessing its end will come well before mankind’s.

If you thought TV didn’t offer quite enough prostitutes, defection, or cynicism, Legit is the series for you. In this new comedy, a heartless Australian comic named Jim (Jim Jefferies) moves to L.A. to make his life more “legit.” He fails, sometimes amusingly so. The series pushes basic-cable raunchiness to new extremes as Jim stumbles through town with his neurotic friend Steve (Dan Bakkedahl) and Steve’s disabled brother (DJ Qualls).

Legit has its moments, though a better title might be Illegit.

Steven Spielberg’s Lincoln drew a curtain over the president’s assassination, opting to take a different perspective on his final days. With diligent attention to detail, Killing Lincoln fills in that part of the story for those with the stomach for it. Based on Bill O’Reilly’s book, the production strikes the perfect balance between documentary and drama. 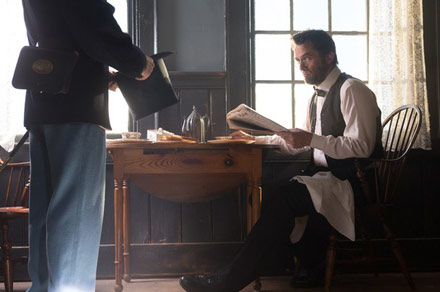 President Abraham Lincoln, portrayed by Billy Campbell, speaks to a Union soldier, Private John W. Nichols of Company K, about a frightening incident he has just survived—what may have been an assassination attempt. While riding horseback alone one evening, Lincoln was nearly shot by an unknown shooter. It is said that the bullet left a hole in his top hat. Photograph by National Geographic Channels.

Tom Hanks narrates onscreen while actors capably render scenes from April 1865. The filmmakers put us right there in the White House, Ford’s Theate,r and the chaotic streets of Washington, D.C., sticking closely to the historical record. We feel Lincoln’s vulnerability in the days leading up to the assassination, as Confederates freely roam the streets with vengeance in their hearts.

It’s a thankless job following Daniel Day Lewis in Lincoln, but Billy Campbell does a good job of communicating Old Abe’s intelligence and humanity. Too good, actually – his character’s brutal death is liable to haunt you for days. 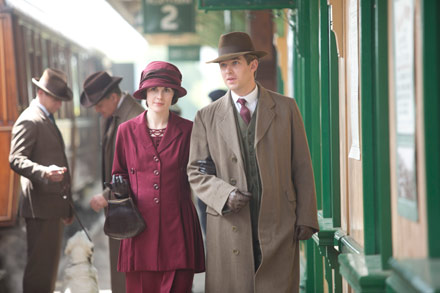 In the season finale of “Downton Abbey,” noble Matthew (Dan Stevens), pregnant wife Mary (Michelle Dockery) and the rest of the upper-class family leave their country estate to visit another country estate. And that’s about it for plot, aside from a bit of tacked-on melodrama. The episode delivers everything fans want from the post-World War I soap opera: masters and servants who know their place, lovely gowns, and a fantasy of English decency, where lords of the manor call each other “old chap” with perfect elocution. 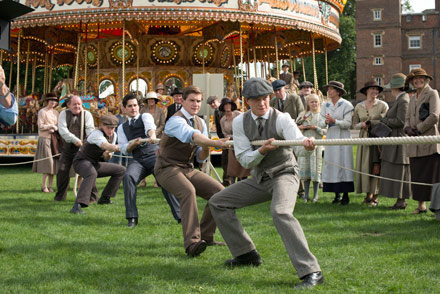 But it doesn’t deliver much else. There’s no significant conflict to resolve, no significant character arcs. The series is so relentlessly decorous that the rare expression of emotion rings false. “I feel like I’ve swallowed a box of fireworks!” Matthew exclaims in a moment of supposed joy.

Next season, fireworks of any kind would be appreciated.