Zombies have feelings too. Based on the novel by Isaac Marion and written and directed by Jonathan Levine (50/50), Warm Bodies is a clever apocalyptic comedy that opens with the voiceover narration of R, a young walking-dead guy played to perfection by Nicholas Hoult (About a Boy). R, who can’t recall his name, is whining about looking pale, having poor posture, moving too slowly, and not getting out enough. He lives in an abandoned airplane in a deserted airport that the zombies call home. 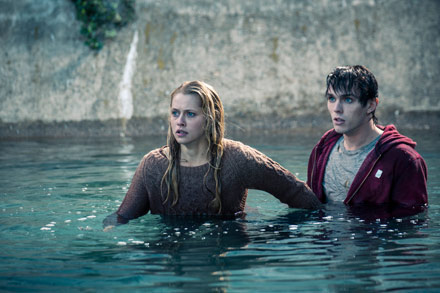 Yes, it’s the apocalypse, and R is our quirky, ponderous guide in this dark new world populated by the undead who devour the living for sustenance. 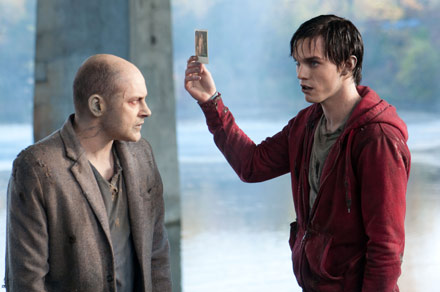 Sadly, the rich sense of humor only dominates the first half of the movie, but it’s worth it. Warm Bodies is also a love story. It’s also a hopeful tale about how people can change and grow, even when they’re dead. B+