Social conservatives will not be happy with ABC Family’s new series The Fosters (Monday, 8 p.m.), which lays down a challenge to the Ozzie and Harriet paradigm. The rest of us will appreciate it as a reflection of modern-day reality, featuring characters familiar from our own lives.

Lena (Sherri Saum) and Stef (Teri Polo) are a loving lesbian couple raising two adopted Latino children and a son from Stef’s previous heterosexual marriage. Callie (Maia Mitchell), a foster child, comes into the picture with a chip on her shoulder, threatening family harmony. Stef has her doubts about taking in yet another kid: “We’re definitely not the Brady Bunch,” she mutters.

They aren’t—but then again, they sort of are. Like the Bradys, they’re a wholesome family who love each other despite the conflicts inherent in their blended arrangement. I’m delighted to see a series aimed at young viewers that puts a positive spin on same-sex marriage and kids who don’t fit the conventional mold, including a cross-dressing boy.

With The Fosters, ABC Family proves worthy of its name. 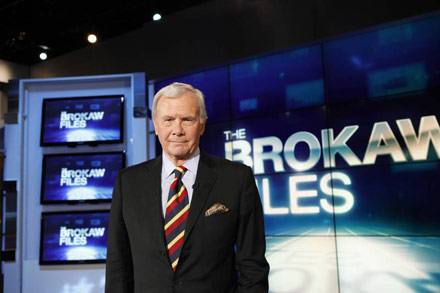 The Brokaw Files reminds us that Tom Brokaw didn’t just luck into the job of iconic network news anchor; he earned it with 40 years of insightful, compassionate reporting. He revisits memorable stories from his NBC News documentaries, adding contemporary context. Over the next few weeks, we’ll reacquaint ourselves with air traffic controllers after 9/11; World War II soldiers adjusting to postwar life; and recent presidents in the midst of their terms. 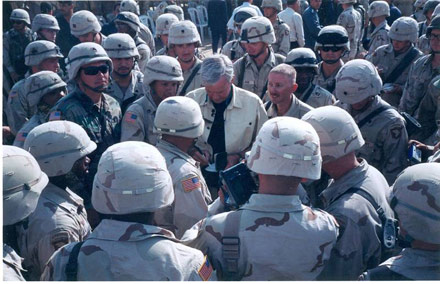 ﻿Brokaw with the troops.

Brokaw’s modesty shines through in these reports, putting the focus on his subjects rather than himself. Even when he rides along in a fighter jet during the Afghanistan war, he’s not showing off; he trying to make viewers appreciate the pilot’s skill and courage.

You find yourself praying that Brokaw and the pilot make it back safely. Both of them are too valuable to lose. 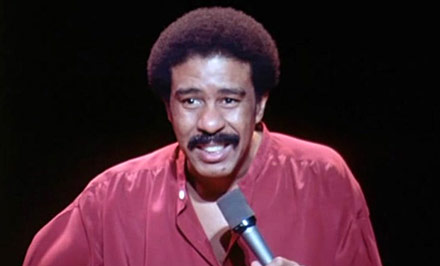 This excellent documentary takes its title from a comment by one of Richard Pryor’s collaborators. In reference to the comedian’s crazy life, David Banks says, “Don’t try to find no logic here. To understand Richard, first you have to omit logic, and then you come close.”

Banks’ method works pretty well. When you omit logic, you have an easier time making sense of Pryor’s path from troubled childhood to superstardom to self-destruction. Along the way, he broke barriers by confronting sensitive racial issues in his foul-mouthed, truth-telling style. “He understood how to excavate the human soul onstage in front of 600 people,” a colleague says.

Just as Pryor reached the pinnacle of show business —a rare feat for an African American in the 1970s—he toppled via drugs and demented behavior. In the most notorious incident, he set himself on fire while freebasing cocaine. That set the stage for his decline throughout the 1980s and ‘90s, all the way to his death in 2005.

The documentary is generously stocked with clips from Pryor in his prime. You don’t have to omit the logic to understand why those still matter. 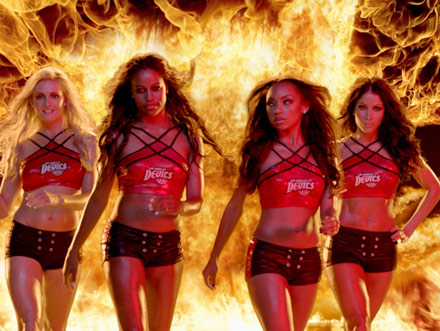 ﻿Hotties on Hit the Floor

VH1’s dramatic series finds the sweet spot between campy and compelling. Taylour Paige stars as an innocent girl who learns the ways of the world when she joins a professional basketball team’s dance squad. She discovers dark secrets about her family while shaking her booty for thousands of fans.

That might sound silly (well, okay, it is silly), but Hit the Floor is a nicely executed TV melodrama. Paige makes an appealing ingénue, and she’s surrounded by equally appealing archetypes: the catty rival (Logan Browning), the roguish Prince Charming (McKinley Freeman), and the tough-as-nails director who whips the team into shape (Charlotte Ross). In this week’s episode, the director prepares her charges for the first game of the season: “You need to be perfect! You will be perfect!”

Hit the Floor is perfect itself, at least for a guilty pleasure this summer.

Based on a BBC series, Mistresses begins with images of gorgeous torsos. With lusty music pumping on the soundtrack, these torsos go at it…and at it…and at it. Mistresses, you think, will be the sexy sensation of the summer.

Then, unfortunately, the heads attached to those torsos begin talking.

Mistresses has some of the worst dialogue I’ve ever heard, not to mention the most atrocious actors delivering it. I would have been content to watch the group of four women – a corset-wearing lawyer (Alyssa Milano), a merry widow (Rochelle Aytes), an insatiable real estate agent (Jes Macallan) and a very unethical therapist (Yunjin Kim)—meet and cheat on men for an hour a week. But the series alternates its naughty sex scenes with a weepy, earnest, preposterous soap opera. In these sections, you have time to consider the retrograde view of women we’re getting here. They barely exist except as sex objects who are obsessed with men.

It’s not easy to make me look away from torsos this gorgeous, but Mistresses has gotten the job done.

Iron Man 3: The China Cut | And a Commentary About The Future of Global Film