The British miniseries In the Flesh (Thursday-Saturday, 9 p.m., BBC America) takes its place with the greatest zombie movies of all time. Like 1968’s Night of the Living Dead, the granddaddy of the genre, it’s both a gross-out horror story and a grim satire. In this case, the object of satire is England’s bumbling public health bureaucracy.

In the Flesh plunges us into a world where zombies have risen and, through a government initiative, been “cured” by drugs. The approved term for them now is “partially dead syndrome sufferers.” We meet Kieren (Luke Newberry), an unfortunate young man with colorless eyes and ghastly white skin, as he’s treated with hundreds of others in a public facility. He’s given group therapy, heavy makeup and colored contact lenses, then sent back home with his understandably edgy parents. But angry residents of Kieren’s hometown—including his zombie-fighting sister—don’t believe in the government’s liberal policy of “assimilation.” They’re determined to make Kieren’s life a living hell…though “living” might be stretching it.

The miniseries is at once funny, scary and poignant. The poignancy comes courtesy of Kieren, a misfit whose guilt and anxiety are vividly rendered. Yes, he’s “partially dead,” but he’s also one of the most human characters I’ve ever seen on TV. 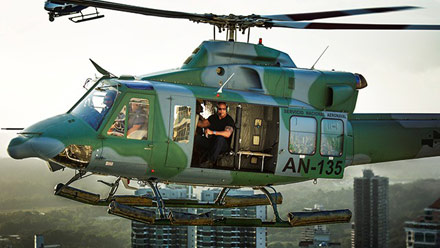 The Rock makes for an enjoyable TV host in this new reality series, which puts nine would-be “heroes” through harrowing challenges and lets America vote on the winner. The contestants have to prove themselves not only physically, but morally. The Rock tempts them with large sums of money to betray their teammates on the sly. “What I want to find out is what makes a real hero,” he says. “Courage, strength, self-sacrifice, integrity—we’ll test all these traits.”

The only problem with Hero is that, so far, there’s no one to root for. The contestants bicker and brag, and eloquence is in short supply. “I just wanna, like, friggin’ climb trees and, like, fight monkeys and stuff like that!” says a muscle-bound meathead named Marty.

As you’ll notice, “intelligence” wasn’t on the Rock’s list of heroic traits. 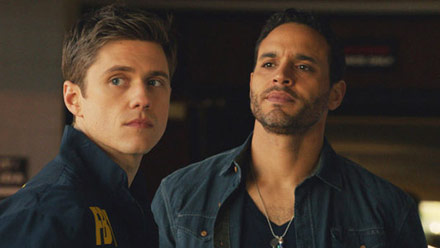 A buttoned-down, eager-beaver FBI agent named Mike (Aaron Tveit) moves into a beachfront house in Southern California. Dubbed “Graceland,” this isn’t just any beachfront house, even though the gorgeous coed residents do normal things like surf and walk around half-naked. Graceland is a place where undercover agents from the FBI, Drug Enforcement Agency, and Immigration Customs Enforcement live together.

As a straight arrow, Mike has to learn to fit into the house’s laid-back vibe or get hazed mercilessly. He also has to prove himself in tense undercover operations, which require him to lie convincingly under pressure. Graceland is a houseful of liars—and you can imagine how complicated things get on a daily basis.

USA’s new series stylishly evokes its setting. You can almost smell the sea breeze as the residents of Graceland lounge picturesquely on the sand. This is an appealing group of characters, whether kidding each other about daily chores or navigating the tricky moral boundaries of undercover work.

I’m going to loosen my tie, kick off my shoes and make myself comfortable in Graceland over the next couple of months. 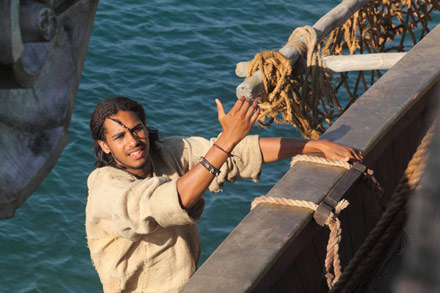 You expect a story about Sinbad the sailor to be campy fun, as in the 1958 movie The 7th Voyage of Sinbad. The new Syfy series Sinbad goes to great lengths to create an exciting adventure, with fabulous CGI beasts, daring escapes, and hair’s-breadth rescues. 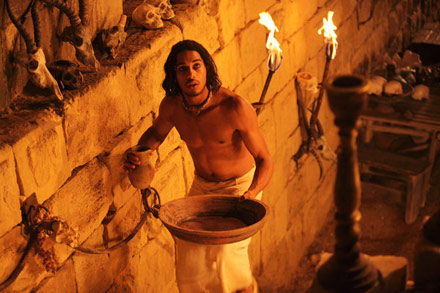 Sinbad (Elliot Knight) is a scamp with a killer smile who accidentally kills a royal son. That leads to a curse in which he’s forced to travel the seven seas without rest. The pilot gets us invested in his fate, offering just enough psychological detail to make us care if he survives his latest scrape.

Jo, Lacey and Danny are 11-year-old best friends—until Danny inexplicably strangles his aunt with a jump rope. Fast forward through five years and lots of therapy for Jo. Danny leaves juvenile detention and rejoins his old classmates in high school, making an ominous entrance worthy of the Frankenstein monster.

Except that he’s the most hunky Frankenstein monster ever. Danny (Avan Jogia) has beautiful dark eyes, a bewitching smile, and a self-mocking manner that makes him easy to fall for. Jo (Maddie Hasson) and Lacey (Kylie Bunbury) are pulled back into his orbit, but that starts to seem like a bad idea when another classmate turns up dead.

This new drama keeps you guessing about the murders and the motivations, and it leavens its melodrama with snarky humor. Jogia excels in the role of the teenage outsider who’s sympathetic in spite of seemingly abominable behavior.

Uh oh. I think I’m starting to fall for Danny myself.

Bitcoin: Make Your Own Money