Joy Williams and John Paul White are the Civil Wars.

Want to stimullate some positive brain chemistry? This month we offer ten tracks from 2013 by artists on and off the beaten path, spanning a wide range of genres from blues, rock, and alternative to electro-dance, pop, and soundtracks. UK’s Dido provides the anchor, returning after several years’ absence with The Girl Who Got Away. The special recognition spotlight goes to the now disbanded duo the Civil Wars, who provide two scintillating tracks.

These outstanding pieces of music history resonate for your aural delight, and they’re presented in order as a playlist on Fringe Toast, my weekly Internet radio program. 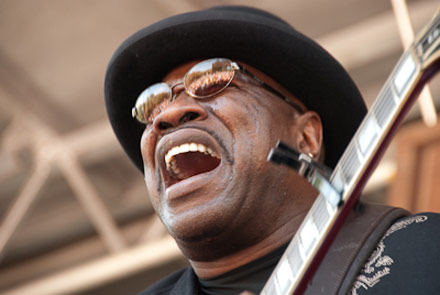 1. “Son of the Blues,” by Big Bill Morganfield. The son of blues legend Muddy Waters, Bill reflects on a life that had little contact with his famous father. Yet through it all, he realizes that he was born to play the blues.

2. “Cluttered,” by Assembly of Dust. When I heard this jam band play a small-venue concert in Charlotte, NC, in May 2013, my appreciation skyrocketed. Their style is a blend of Allman Brothers, Phish, and Widespread Panic, and  Reid Grenauer’s lyrical vocals add a touch of introspective rumination.

3. “Lead Me Home,” by Jamie N. Commons. The vampire saga The Walking Dead begins most shows with this theme song. Although Commons is a blues-folk rocker from Bristol, England, this track places him deeply in the U.S. South.

4. “Sleepwalk with Me,” by Young Galaxy. This exotic electronic band from Vancouver, BC, spins its magic with the help of Swedish producer Dan Lissvik on Ultramarine. Backed with the beautiful steel-drum-tinged electronic keyboards of Catherine McCandless, the song beckons for company on McCandless’s nightly celestial stroll on which she promises to “show you wordless thoughts” and more. 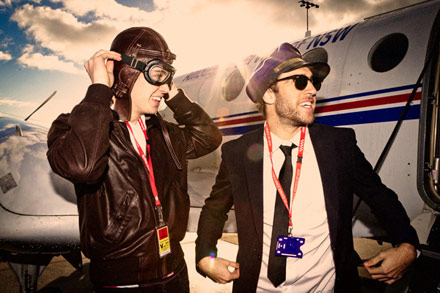 6. “Warm Shadow (Marcus Worgull Remix),” by Fink, a.k.a. Fin Greenall. The delightfully mysterious English blues, folk, and dub indie composer and producer adds urgency to this song with his rhythmic acoustic guitar, as he hopes to wake to something more than a warm shadow next to him.

7. “So Long,” by New York City band Hem. Features the vocal talents of Sally Ellyson, who reluctantly joined the band in 1999, cautioning that she really wasn’t a singer. Really?

8. “The Girl Who Got Away,” by Dido. After a five-year absence, Dido, with the title track of her new CD, proves she has built on the marvelous songwriting talents that marked her fabulous streak of successes from 1999 to 2008.

9. “Long Time Gone,” by the Civil Wars and T. Bone Burnett. Joy Williams and John Paul White collaborated with the legendary musician/producer on this original composition for the film soundtrack of A Place at the Table. It warns of a coming storm—perhaps presaging their professional split in November 2012.

10. “Billie Jean,” by the Civil Wars. Covers Michael Jackson’s classic hit with simple acoustic guitar and harmonic interplay of voices. The blues emerge in a way that Jackson probably never anticipated.   But this is not the end of the Civil Wars; a summer 2013 CD release is expected based on material recorded in 2012.

Now, go sample and download this Fringe Toast-recommended soundtrack as a playlist for your next evening grill. What a wonderful way to enjoy the cool night air!

Run Like an Animal: The Trials of Sports Modeling