From The Poisoners Handbook: Moonshine still recently confiscated by the Internal Revenue Bureau photographed at the Department of Treasury, circa 1921-1932 (Courtesy of Library of Congress)

You might not think you want to watch a two-hour documentary about chemicals. But The Poisoner’s Handbook tells a fascinating tale about pioneers in the use of toxicology for criminal investigations and public health (Tuesday, 7 p.m., PBS). Charles Norris and Alexander Gettler began working in the New York City medical examiner’s office in the early 1900s, when the public knew little about the chemicals suddenly flooding into American life. Sinister bartenders or hotel managers could easily poison someone and avoid detection. And corporations had no limits on what they could put on grocery store shelves. Take Radium Spray, advertised as a furniture polish, disinfectant and bug killer. Ah, the convenience! 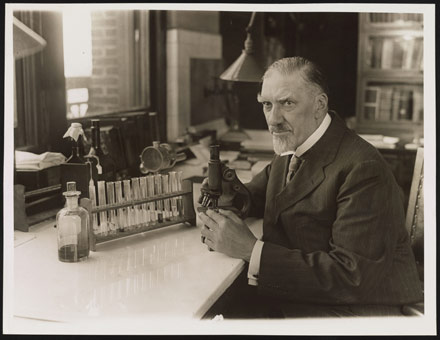 With single-minded zeal, Norris and Gettler used science to expose the dangers of such substances, leading to life-saving regulations (over the strenuous objections of industry and its political benefactors, of course). More colorfully, they used science to solve crimes involving arsenic, cyanide and other then-common tools of the murderer’s trade. The documentary reenacts a series of such cases, featuring a rogue’s gallery of evildoers. The crimes are gleefully explicated by Deborah Blum, author of the best-selling book version of The Poisoner’s Handbook. In the most gruesome one, a man allegedly poisoned his family by mixing thallium into their cocoa tins. Norris and Gettler’s investigations of this and other crimes were so successful that poisoning all but disappeared; murderers realized they couldn’t get away with it anymore.

The Poisoner’s Handbook is guaranteed to keep you glued to the TV for two hours. It is also guaranteed to put you off cocoa and furniture polish for quite a while. 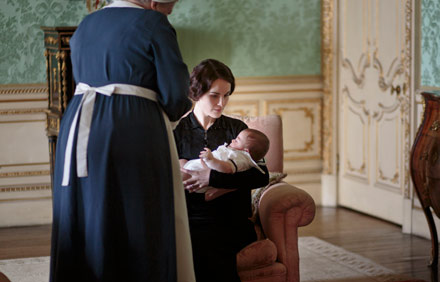 Season four of Downton Abbey begins in 1922, six months after the random, dramatically unmotivated death of Matthew Crawley. The Crawleys and their servants mope about the English country estate, with the soundtrack awash in mournful strings. Matthew’s widow, Lady Mary (Michelle Dockery), takes little interest in anything, including the baby she’d just had with Matthew. Matthew’s mother, Isobel (Penelope Wilton), is similarly droopy, muttering that she has "no purpose." Violet (Maggie Smith) still tosses off the occasional zinger, but her heart isn’t in it. 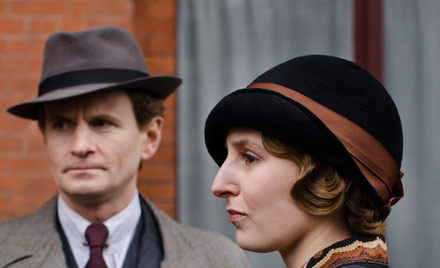 "You have a straightforward choice before you," Violet tells the melancholy Mary. "You must choose either death or life."

I hope Mary chooses wisely. We have a lot of episodes to get through this season, and "death" is starting to lose its charm. 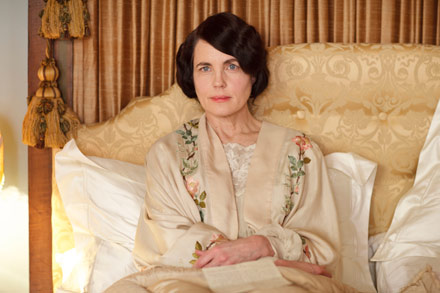 I’m no fan of TV beauty pageants, but I’m a huge fan of this new reality series. Kim Gravel is a fierce, funny pageant coach from Georgia with an irresistibly down-to-earth style. She’s a natural-born TV star, what with her supreme confidence and salty pronouncements. Lord help you if you’re a young lady in her program who’s not trying hard enough. After watching her charges go through the motions during a practice session, Kim explodes: "I’m sick to death of seeing teenage girls so BORING! Where are the people with action and life and fabulousness and la-cucaracha-ness?"

I’d never heard the phrase "la-cucaracha-ness" before, but I have no doubt what it means when delivered in Kim’s thick Georgia accent. She’s trying to help immature girls make the transition to vibrant womanhood. You might doubt that beauty pageants are the best way to accomplish that goal, but it can be hard to argue with Kim’s priorities. "I’m not trying to build little Barbies," she says. "I’m trying to build future leaders here."

Rarely has the process of building future leaders been so much fun to watch. Kim spends most of the hour in a cynical mood about her girls, then bursts into pure, innocent joy when one of them wins a pageant. If this woman doesn’t have "la-cucaracha-ness," I don’t know who does.

Bravo starts 2014 by sinking to the depths of reality TV. This new series gathers a random group of crude women in New York City (a realtor, a model, a blogger, etc.) and encourages them to snipe at each other. The activities include screaming, boozing, twerking and name-calling. "I can stop drinking whenever I want," model Mica snarls at another woman, "but you’re gonna always look like Wesley Snipes!" This is what passes for a bon mot on Blood, Sweat and Heels.

The good news is that 2014 TV can only get more classy from here. I mean, it couldn’t get any less classy. (Please don’t hold me to that.)

An intelligence operative named Gabriel (Josh Holloway) becomes an artificial-intelligence operative when the government implants a supercomputer microchip in his brain. He’s now connected to the global information grid, with the entire Internet hardwired into his body. Sometimes Gabriel uses this awesome power to thwart U.S. enemies; other times he uses it to view sexy photos of Riley (Meghan Ory), the Secret Service agent assigned to protect him.

For all its newfangled technology, Intelligence is an awfully familiar drama. Gabriel is a square-jawed rebel cowboy as old as TV itself. Naturally, he has a sassy love-hate relationship with Riley that (I’m only guessing here) will turn simply to love after they’ve bantered with each other for a season or two. He punches out bad guys, tosses off macho wisecracks and generally acts like your basic Schwarzenegger/Stallone/Willis prototype.

The guy has the entire Internet at his disposal, and apparently the only thing he’s downloaded is the Wikipedia page for Die Hard.