If you plan to see Inside Llewyn Davis, it’s probably because, like me, you’re a fan of filmmakers Joel and Ethan Coen. And like most of their films—such as No Country for Old Men and one of the greatest movies ever, Fargo—the casting is superb. 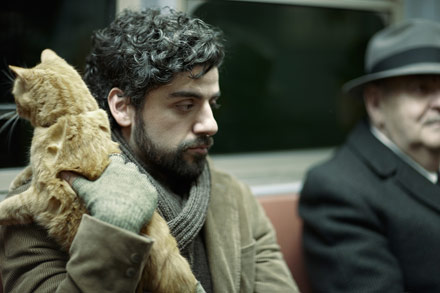 Especially good is leading man Oscar Isaac.  God bless the Coens for casting a newcomer, unlike most filmmakers who keep using the same handful of A-list actors until we’re begging for mercy. As Llewyn Davis, Isaac is the un-electrifying musician who struggles for fame in New York’s Greenwich Village folk scene in 1961. Isaac is a fine performer with plenty of musical talent and he’s fabulously camera-genic, a word I just made up that perfectly describes him and one of the few upsides of this baffling film. 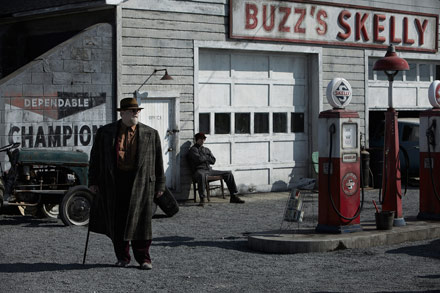 So why doesn’t Llewyn Davis live up to the Coen brand? Bear with me here. Davis is a guy with an inflated sense of worth, a hot temper, poor judgment, and a dearth of good luck. He has no steady music gig, no day job, and no apartment. Toting toothbrush and guitar, he crashes on a rotating roster of living room sofas and floors, thanks to a handful of acquaintances such as Jean (Carey Mulligan), whose excessive ranting weighs down an already troubled movie. 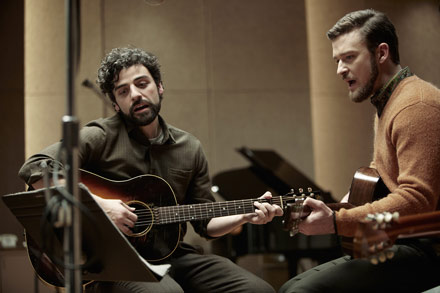 Davis is always trying to get ahead but his life is a continuous dog paddle. And there lies the rub. Ultimately he and the story go nowhere. We feel sunk in a world of gray with no silver lining, which makes us wonder why we’re watching. Even the musical numbers are dull. I recall seeing previews long before the film’s release and it looked boring, but I assumed the trailer wasn’t doing it justice. As it turns out, this story feels like we’re spinning our tires in the mud without ever moving forward. Weeks later, I’m still wondering what we’re supposed to come away with. There is no sense of nostalgia and hardly a whiff of the 1960s, though the cinematography rated an Academy nomination. Inside Llewyn David has been celebrated by critics nationwide. But for my own viewing experience, let’s just say it felt really good when it stopped.   C-

Good People at Riverside Theatre Through February 16 | The Award-Winning Play Explores Social Class, Love, and the Reality of Life in America