Everyone without HBO keeps asking me: Is the third season of Girls any good? Does the series hold up as a satire of post-collegiate millennials grasping for meaning in New York City? Is creator-writer-star Lena Dunham really the voice of her generation? 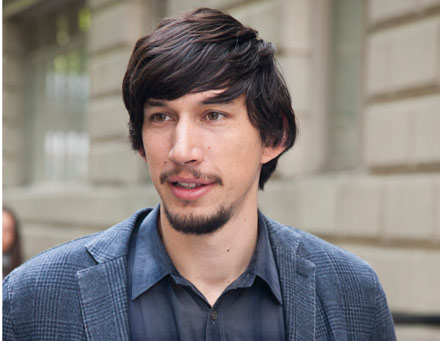 Yes, yes, and yes. Take this week’s episode (Sunday, 9 p.m., HBO), in which the eternally self-involved Hannah must confront death when her editor commits suicide. Neither she nor her friends are capable of an authentic emotion about the transience of life on Earth. Jessa (Jemima Kirke) spouts philosophy about the nonlinear nature of time, while Shoshanna (Zosia Mamet) is all about the Facebook in memoriam page. Hannah (Dunham) can think only of the implications for her own literary career, and this deeply troubles her boyfriend, Adam (Adam Driver). He’s the one character able to experience the world unmediated by irony, Gawker and narcissism. "Eeeeaaaahhhhrrrgh," he moans in pain at every display of Hannah’s heartlessness.

I was moaning, too, but not in pain. For the viewer, Dunham’s merciless dissection of her own kind is pure pleasure.

Dick Wolf, producer of Chicago Fire, presents another dramatic series with a generic title. As you can guessed, it’s about the Chicago Police Department. And there’s not a whole lot more to it than that. The cops grind through a bunch of cases involving gross corpses, ethnic bad guys and noisy shootouts. A rebellious sergeant bends the rules (yawn) in the cause of justice. And his good-looking young sidekicks do their best to sound convincing with the faux tough-guy dialogue.

In fact, that wouldn’t be a bad generic title for Wolf’s next series: Faux Tough-Guy Dialogue.

In this new dramedy, Keegan Deane (Greg Kinnear) is a roguish defense attorney conning his way through life. He fends off the scary bookie seeking payment of gambling debts; the exasperated friends letting him sleep in their house; and the many women in his life demanding responsible behavior. As responsible behavior is not an option, Keegan tries to skate by on charm.

It’s a distressingly pre-feminist approach. I suspect the series’ charm will wear thin if future episodes fail to move into the 21st century with the female characters

Lizzie Borden was acquitted of murdering her parents in the 1890s, and ever since historians have wondered whether she really committed the horrible crime. But there’s no mystery in this TV movie — not with Christina Ricci, perhaps the most guilty-looking actress in Hollywood, in the lead role. Here, Lizzie oozes so much evil intensity that even her supportive sister takes the precaution of locking her bedroom door at night.

Ricci commands the screen with her pent-up anger and resentment. She offers a modern take on Lizzie, who won’t be squashed by small-town mores or a tyrannical father. Not that Lizzie Borden Took an Ax is a message movie — far from it. It comes straight out of the horror genre, with creepy sounds effects, phantasmagorical imagery and sexual perversity. I locked my bedroom door after watching it, just like Lizzie’s terrified sister. 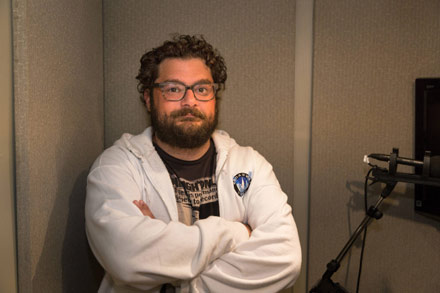 In this new animated comedy, a gay white rapper (voiced by Bobby Moynihan) battles his rivals for the title of the world’s greatest hip-hop artist. Chozen is raunchy in the extreme, but that’s a necessary part of its satirical strategy. After all, its target is the raunchy side of pop culture: the foul-mouthed, sex-obsessed, misogynistic rappers angling for street cred while living in luxury. 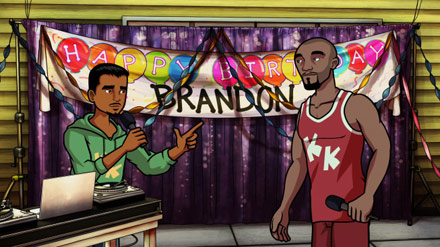 It’s worth tuning in for the voice work alone. Moynihan, one of Saturday Night Live‘s best players, nails the silliness of a white dude talking in black slang. As his arch enemy Phantasm, Cliff "Method Man" Smith speaks in a reptilian hiss that’s supposed to connote pure menace. Nevertheless, Phantasm is not above polishing his image with a new single called "Nuance," meant to show off a more reflective side. "The critics are gonna love it," he says in this week’s episode, betraying a commercial savvy that doesn’t have much to do with the thug life.

I wish 50 Cent, Jay-Z and Eminem the best of luck in being taken seriously after Chozen gets through with them.