The new Olympic hill in Sochi

Setting the Winter Olympics (Feb. 6-23 NBC) in Sochi has caused nothing but problems. Expect two-and-a-half weeks’ worth of anguish over terror threats, the treatment of gay athletes, the Circassian-Russian dispute, boycotts, environmental concerns, cost overruns and corruption.

Oh, and I understand there will also be some skiing and skating, time permitting.

The Night That Changed America: A Grammy Salute to the Beatles
Sunday, 7 pm (CBS) 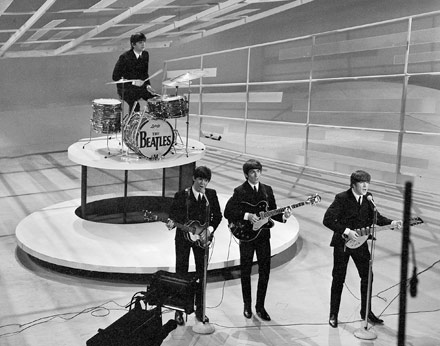 As a Beatles devotee, I treasure footage from their American debut on The Ed Sullivan Show on Feb. 9, 1964. CBS rightly honors the 50th anniversary, given that it’s one of the most significant broadcasts in TV history. 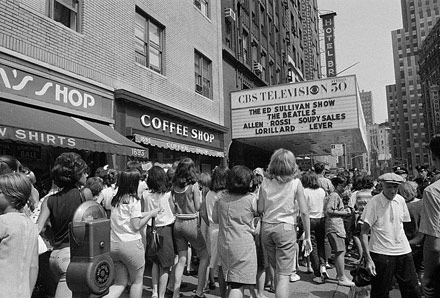 This vintage photo features the marquee of the Ed Sullivan Theater in New York City on Feb. 9, 1964, the night the Beatles first performed on The Ed Sullivan Show 50 years ago. CBS’s upcoming Beatles tribute, THE BEATLES: THE NIGHT THAT CHANGED AMERICA – A GRAMMY® SALUTE will be broadcast Sunday, Feb. 9. (CBS Photo Archive)

It will be fun to watch clips of the Sullivan’s audience screaming in pleasure. But having bland contemporary acts like Maroon 5 and Keith Urban do their own versions of Beatles songs? That will make me scream, albeit in pain. 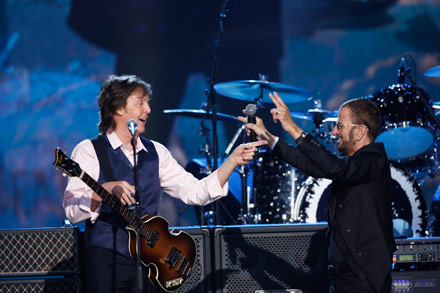 Alice Walker: Beauty in Truth (Friday, 8:30 p.m., PBS) tells the unlikely story of a poor African American sharecropper’s daughter who dedicates herself to changing the world and, against all odds, does. Walker immersed herself in the civil rights and women’s liberation struggles of the 1960s and wrote about them in poems in novels. She won a Pulitzer Prize in 1983 for The Color Purple, becoming a hero to African American women whose voices had long been suppressed. She also became a villain to those who disapproved of her less-than-flattering portrayal of African American men.

This American Masters documentary has a juicy subject. Walker has angered black nationalists, the literary establishment and even her estranged daughter, who resents her dedication to work at the expense of family. But it’s hard to argue with the parade of black women commentators inspired by Walker’s example. They pounce on the critics who would prevent her from telling stories her own way: "They’re telling her ‘Shut up! shut up!’" says the younger writer Sapphire.

Alice Walker: Beauty in Truth is a testament to not shutting up.

Andrew Mayne is a mischief-loving magician who becomes impatient when people aren’t looking at him. "Ever try to get someone’s attention and they just won’t give it to you?" he asks in his new reality series, oozing insincerity. Andrew solves this problem by accosting passersby and blowing their minds with prankish illusions. He rubs the ink off their dollar bills and makes their motorcycles float away, saying, "I love to screw with people."

Yeah, we noticed. Andrew is an arrogant cad, but he seems to be enjoying his stunts so much that we do, too. His reality series is a fast-paced half-hour whose crazed editing matches the star’s knack for creating chaos. In each episode, he pulls off several small illusions on the street, along with one big one in which he partners with someone seeking revenge — for example, a wife with a beef against her husband.

Andrew has a way of making things right in such situations, but his methods will not be endorsed by any licensed marriage counselor. "Sometimes," he confides, "you just have to blow stuff up."

Butch Cassidy and the Sundance Kid places the outlaws’ tale in the larger context of the American frontier. Butch and Sundance got their start at the tail end of the Wild West period, when bank and train robbers only had to worry about the occasional small-town posse. Gang leader Cassidy was what we might today call an artisanal thief. He methodically planned his capers, avoided bloodshed, and hid out among humble folk who appreciated his assault on the ruthless capitalists taking over the West.

But in the 1890s, those banking, mining and rail interests decided to crush daring small-timers like Cassidy with the scientific policing methods of the Pinkerton Detective Agency. No fan of American-style rugged individualism will enjoy hearing about Pinkerton’s use of modern bureaucratic processes to drive the old-fashioned, horse-powered Butch and Sundance to their graves. "They represented something that America embraced," notes a commentator. "That wild freedom."

At least we can comfort ourselves tonight with an hour’s worth of rooting for the bad guys.

The Good Death: Making the Final Transition a Positive Experience for All

How to Survive Valentine's Day, the Most Dreaded Lovefest of the Year