For me, the electronic- chill music scene hits a sweet spot when exotic female vocals enhance the mix. UK bands Spiral System and London Grammar both benefit from the singing talents of their lead ladies, Lottie Child and Hannah Reid, respectively. Spiral System has hovered on the edge of obscurity in the U.S., while London Grammar released their first CD in 2013 and will be conducting a U.S. tour this spring.

In 2009, while studying at Nottingham University in the UK, Dan Rothman (guitars), Dominic Dot Major (keyboards, percussion), and Hannah Reid (vocals) formed the indie-electro trio London Grammar. After graduation in 2011, they moved to London to develop their musical identity. After an initial EP, they released their first full CD, If You Wait, in September 2013.

In January 2014, they made their American TV debut on Late Night with Jimmy Fallon. Lead singer Hannah Reid, 23, who has pure tonality and an amazing vocal range, stands elegantly behind the microphone, fashionably dressed, delivering a delicious vocal feast. The music is ambient and ethereal, perhaps classically inspired in some ways, yet securely drenched in trip-hop moodiness and a melancholy that’s like falling in love with a deep crush that you will never be able to realize. Sweetness and sadness swirl into a twisting vortex shaped by the reverberating wash of synthesizer and guitar.

When I replay their performance on the Fallon show for friends, they sit in awe and inevitably whisper, "Wow!" Now it’s your turn for the sublime.

On If You Wait, start with these tracks: "Hey Now," "Strong," "Metal & Dust," "Sights," and "Wasting My Younger Years." Sure, there will be more music coming from this fabulous English band, but there’s no good reason to procrastinate. Watch closely for dates on their spring 2014 tour.

In 2005, music producers Joe Crisp and Cliff Ovenden first heard Lottie Child singing bossa nova songs in small London venues. In 2006, Lottie began her collaboration with Spiral System on the CD In Your Dreams. Other CDs would follow but their music did not spread widely in the U.S. In 2013 the trio released Be, a CD that has been lauded as a sweet, satisfying journey into electro-chill. 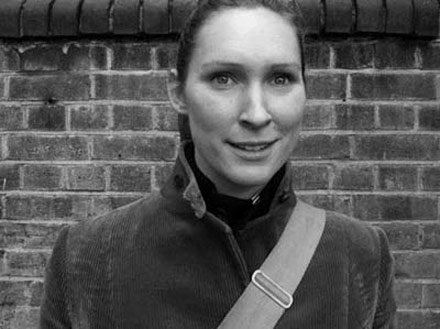 Here are my favorites from the Spiral System archives.

"Here We Are" (2006) is the first track that made me notice Spiral System. Turn the lights down low and just let the groove slide over you. "Here we are again, someplace different but . . . ."

"Elephant" is an extraordinary journey through vocal sound in which Lottie sings the entire song in words from four languages: Finnish, Tibetan, Portuguese, and English. She chose the words for their sound value, not for meaning. Don’t try to translate it. Just go with the glide.

On "More Life," the journey begins with acoustic guitar and moves through tabla and synthesizer into something more than life.

"Her Dream" begins in night air, with crickets chirping, electronic chimes shimmering, and then Lottie’s dreamy, downtempo Latin vocals beckon. Both piano and synthesizer lay down the ethereal backdrop.

These tracks act as formal initiation into the aural gravity of Spiral System.

Will I Have Enough Money for Retirement? Or Will I Outlive My Funds?

The Apocalypse, with Acne: Crisis | In Crisis, Criminal Masterminds Use Teenagers to Take Over the World