Fox had the brilliant idea of building a sitcom around Christopher Meloni’s hard-guy routine. In Surviving Jack (Thursday, 7:30 p.m.), the veteran character actor (42, True Blood) does what he does best: finding the humor in a fearsome authority figure who’s exasperated by the idiots in his midst. 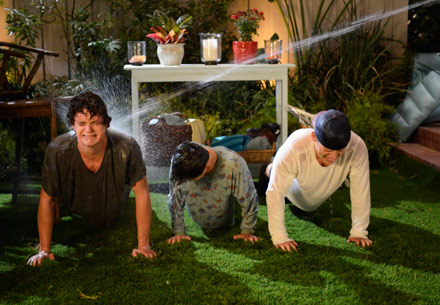 Surviving Jack is set in the 1990s, when teenage girls idolized Christian Slater. Jack rolls his eyes over the era’s pop culture, as do we. Indeed, there’s so much eye-rolling that the series’ compassion sneaks up on you. Jack’s reign of terror is really an expression of love, and I surprised myself by choking up at the end of the first episode.

That probably makes me an idiot, too, but so be it. 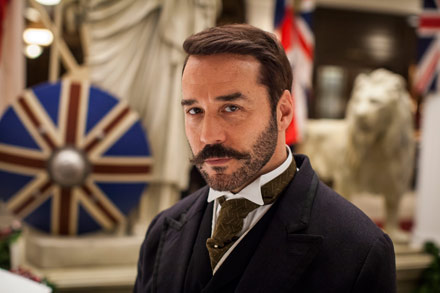 British period pieces can be slow-paced and staid, but the season-two premiere of Mr. Selfridge crackles with energy. The subject is U.S.-style capitalism feeling its oats in 1910s London, so propriety would be entirely out of place.

American hustler Harry Selfridge (Jeremy Piven) celebrates the fifth anniversary of his revolutionary department store, which has London ogling its lavish displays and sniffing at its perfume counter. The camera whirls through the store to keep up with Harry, who juggles mistresses, his estranged wife and legions of distressed staff members. Yes, there is murmuring of war – there is always murmuring of war in British costume dramas – but so far it hasn’t spoiled the fun.

“Let’s talk,” Harry snaps at a journalist covering his story. “You have five minutes.”

I appreciate the urgency.

In this new sitcom, six attractive young friends (à la Friends) deal with marriage, divorce and dating, jealous of each other’s lives. Andi (Majandra Delfino) and Bobby (Kevin Connolly) worry that the excitement has gone out of their relationship; Jules (Brooklyn Decker) falls in love with New Age nut Lowell (Rick Donald); Will (James Van Der Beek) splits from his wife; and Kate (Zoe Lister-Jones) can’t find a man because of her impossibly high standards.

The ensemble has chemistry galore. You’d expect great work from TV veterans Connolly and Van Der Beek, but even the less familiar faces know their way around a punch line. Lister-Jones could be the breakout star with her original take on the heartless-businesswoman role.

My only reservation is the writing. The sniggering sex jokes make Friends with Better Lives feel desperate, as if the producers worried it wouldn’t be hip enough without constant references to boobs and balls. Calm down, guys—with a cast like this, your worries are over.

The Story of the Jews with Simon Schama
Tuesday, 7 pm (PBS) 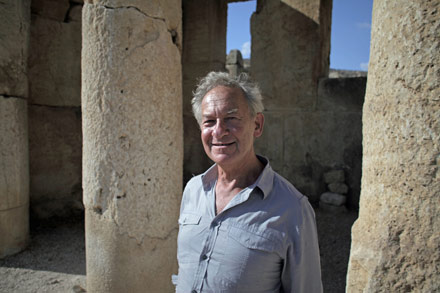 Episode three begins with a hopeful idea, born in the 18th century Enlightenment: Jews could partake of secular European culture while maintaining their religious identity. In other words, they would be allowed out of the ghetto to assume their place as regular French citizens or German citizens.

The European Jews grabbed at this opportunity, excelling in the arts, science, business, law and medicine and benefiting their native countries along the way. According to host Simon Schama, German Jews in particular “made the greatest leap that any minority has experienced in modern history.” They believed that a wholehearted commitment to secular culture would sweep away all the old anti-Semitic prejudices.

Well, you can guess where the episode is heading — to goose-stepping and Nazi salutes. Schama winds up at Berlin’s Holocaust Memorial, wondering what became of the Enlightenment ideal of equality. He ends with a plaintive question: “Was it all a delusion from the start?” 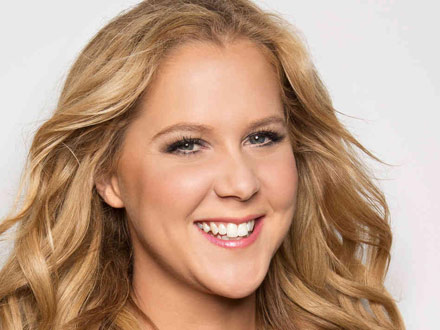 Amy Schumer’s comedy series returns to make men look ridiculous. With sketches, standup and person-on-the-street interviews, Schumer slyly satirizes a culture that condescends to women. In the season-two premiere, she plays the secretary of a paternalistic executive, as well as an attractive professional tennis player whose match is called as if it were pornography by two horndog announcers.

Schumer has a genius for turning female stereotypes – the hottie, the bimbo, the tramp – against the sexists, beating them at their own game. Like Sarah Silverman, she delivers the raunchiest, edgiest material with a sweetly innocent expression.

In this week’s best sketch, God (Paul Giamatti) visits a woman who prays for help with a sexually transmitted disease. As a male authority figure, of course, He’s no match for Amy Schumer.

It's a Gosh-Darned Interesting Thing to Say