In a Wes Anderson film, you know you’re in for oddball characters in a lighthearted, quirky story. He has directed such films as Bottle Rocket, Rushmore, The Royal Tennenbaums, The Life Aquatic with Steve Zissou, The Darjeeling Express, and Moonrise Kingdom. The Grand Budapest Hotel is a romp with Ralph Fiennes playing an uncharacteristic comic role as M. Gustave, the finicky manager/concierge of the title hotel, which is indeed extravagantly grand and masterfully run by Gustave. 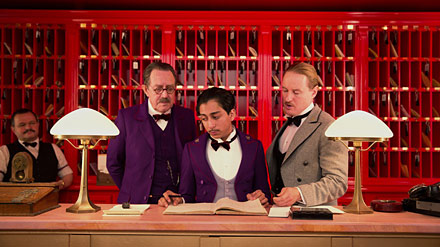 Gustave has a penchant for cultivating "friendships" with the wealthy grand dames who stay at the hotel. When one of them dies under suspicious circumstances, Gustave is swept off on a crazy run-for-your-life adventure, taking along Zero, his new young "Lobby Boy" (stitched on his cap). 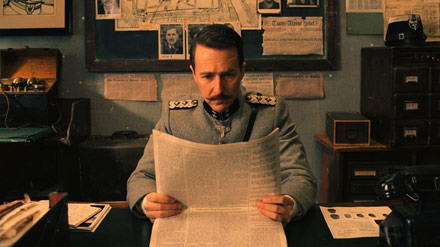 Half the fun of this movie is recognizing the too-numerous-to-name Hollywood stars who play various bit roles. 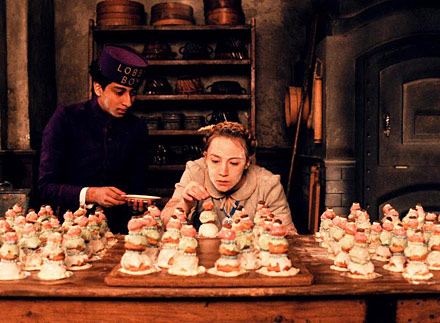 An outstanding feature of The Grand Budapest Hotel are the visuals—vivid hues of sumptuous saturated color, playful geometric lines and shapes, precise delineations of near and far perspectives, elaborate and sometimes grotesque costumes and makeup. Hotel is a feast for the eyes and an enjoyable visit to the strange world of Anderson’s fertile imagination.