Jay Leno’s recent departure from The Tonight Show didn’t feel too culturally significant, did it? But Barbara Walters’ retirement is a true TV milestone. On Friday ABC airs her farewell to The View (10 a.m.), followed by a special on her storied career (8 p.m.). It’s hard to imagine how a mere day’s worth of programming can do justice to her five history-making decades.

Walters was the first female host of The Today Show and the first female anchor of the nightly news. She showcased her intense interviewing style in a memorable series of specials featuring the world’s biggest names. And she continued to innovate into her 70s with The View, bringing a new kind of talk to daytime TV.

Walters, 84, survived both the sexism of the Greatest Generation and the sarcasm of the Baby Boomers. I admit that I used to call her Baba Wawa myself, influenced by Saturday Night Live’s parody of her mild speech impediment. But Walters has more than earned my respect with the barriers she’s broken and the work she’s done. I salute her on her big day and wish her the vewwy best in the next phase of her life. 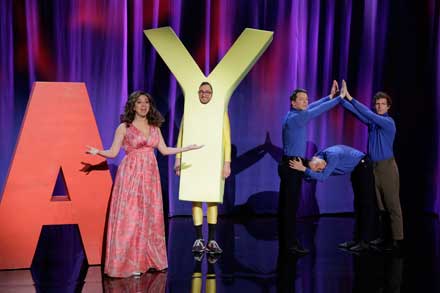 The recent round of late-night musical chairs was an all-male affair, involving Jay Leno, Jimmy Fallon, Seth Myers, David Letterman, Stephen Colbert and Craig Ferguson. So it’s refreshing to see a woman get her own variety show.

And not just any woman. Maya Rudolph is one of the greatest Saturday Night Live cast members ever, and she’s been criminally underused since leaving the show in 2007. If we all tune into her special (featuring Andy Samberg, Fred Armisen, Kristen Bell and Craig Robinson), NBC might turn it into a series. Never has there been a nobler reason for skipping The Bachelorette on Monday night.

George Plimpton patented the gimmick of “participatory journalism,” working side-by-side with pros in a wide range of activities he was unqualified for. He wrote about falling on his face in Major League Baseball, the National Football League, the circus, the New York Philharmonic, standup comedy, etc. People were fascinated to read about a guy like them entering these “secret societies.” “He was everyman,” a commentator explains in Plimpton: Starring George Plimpton as Himself! “You could identify with him and his feelings.” 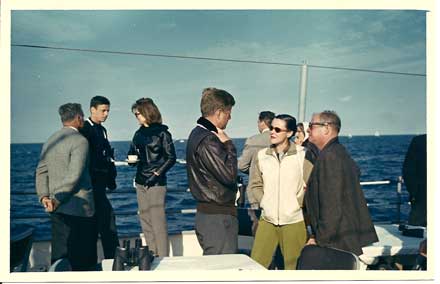 You could argue that Plimpton doesn’t deserve a 90-minute American Masters tribute. His achievement was relatively slight, even counting his editorship of the Paris Review. But damned if the program doesn’t hold your attention, the way Plimpton himself did in books like Paper Lion and Out of My League. I think this observation sums up his odd appeal: “George was looking for the perfect moment of abject failure, and somehow in failing, succeeded.”

In this new candid-camera show, skinny magician Michael Carbonaro poses as a clerk, a customer, etc., to amaze unsuspecting people with extraordinary effects. Working at a postal store, he opens a guy’s sealed package to reveal a birthday cake with lit candles. “They can’t ship it with fire,” he deadpans. “You either have to blow out the candles, or we have to put on a sticker that says it has flame in it.” The guy’s expression suggests that his perception of reality has been slightly altered.

That’s the wonderful thing about The Carbonaro Effect: seeing how people respond when confronted with the uncanny in their daily lives. Pretending to be a grocery-store cashier, Carbonaro interacts with a customer who is completely engrossed in her cellphone. You sense that nothing on earth would make her look up from that stupid little screen—until Carbonaro smashes her avocados with a baseball bat, then magically changes them back to pristine condition. She finally looks him in the eye, her mouth hanging open.

If Michael Carbonaro can restore a sense of wonder to an American public narcotized by their electronic devices, his show will not have been in vain.

It’s hard to get too excited about this awards show, given that so many of its nominees have been honored in other venues during the past year. I watched Robin Thicke perform “Blurred Lines” last August at the MTV Video Music Awards, where it was also nominated for several awards. The song got more love at the American Music Awards, the MTV Europe Music Awards and the Grammys. So I can’t work up much passion about seeing it feted once again at the Billboard Music Awards.

The only nominee I’m rooting for is Duck Dynasty’s Duck the Halls: A Robertson Family Christmas in the country-album category—I mean, rooting for it to lose. That I’m passionate about.