Trask (Peter Dinklage) plots to eradicate the world of mutants in X-Men: Days of Future Past (©2013 Marvel and Twentieth Century Fox Film Corp.)

Mutants are people too. The seventh feature film in the X-Men series, Days of Future Past, takes us on a journey through time, back to the 1970s, and not just for the hair styles and clothing. Something happened in 1973 that routed the course of civilization into a present-day dystopia, where a breed of robotic Sentinels are on a mission to exterminate every last mutant and all humans who might become mutants in the future. Days of Future Past dares to change the past and challenge the question of whether the future is predetermined and set. 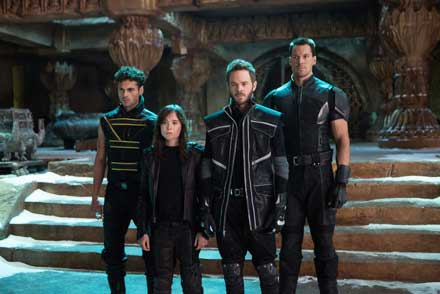 As an X-Men outsider, I’m trying my darnedest to grasp this complex story with its long history and vast array of characters with unique powers. And here goes. In Future Past, Professor Charles Xavier (Patrick Stewart) and Erik/Magneto (Ian McKellen) send Logan/ Wolverine (Hugh Jackman) back to 1973 to change a pivotal event: Raven/Mystique (Jennifer Law-rence) killed geneticist Dr. Bolivar Trask (Peter Dinklage), and Raven’s capture ultimately led to the birth of the killer Sentinels. If Logan can prevent Raven from killing Trask, Raven won’t get captured and studied for her mutant genetics, and the Sentinels won’t be born. 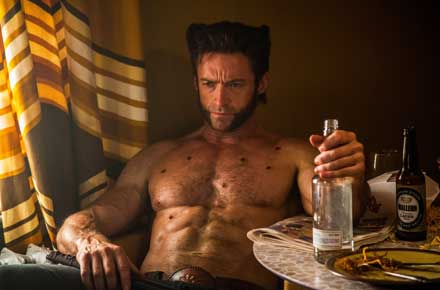 What makes this journey most intriguing is that Logan will have to convince the younger, headstrong incarnations of the Professor and Magneto to help him so they can change their dark future. And it’s complicated by the fact that the two young men didn’t see eye-to-eye. The young Professor (James McAvoy) is a mutant visionary whose institute trained the mutant “X” race to use their powers for good. The Erik/Magneto of the past (Michael Fassbender) is on his own wild trajectory that’s not always obvious to those of us who are X-Men challenged. 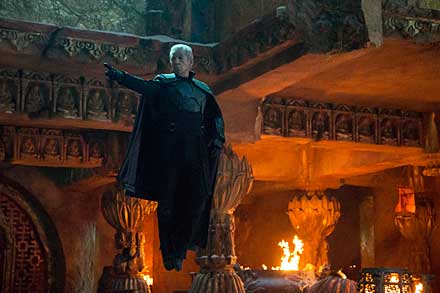 For viewers with no knowledge of the Marvel Comics X-Men legacy or the previous six feature films, Days of Future Past could almost stand on its own, especially the scenes where the team engages the mercurial Pietro Maximoff, aka Quicksilver (Evan Peters) to execute an impossible prison break. But for a satisfying viewer experience, newcomers are encouraged to review the backstory in advance. But be warned. Keep your research superficial, lest you meet the same fate as the mavens of X-Men chronology. They spend their evenings meeting in dim taverns, drawing diagrams of the timeline, mapping the changes caused by Future Past, debating the conditions and characters in the new present, decoding the ominous post-credit sequence and, possibly, the meaning of life. B